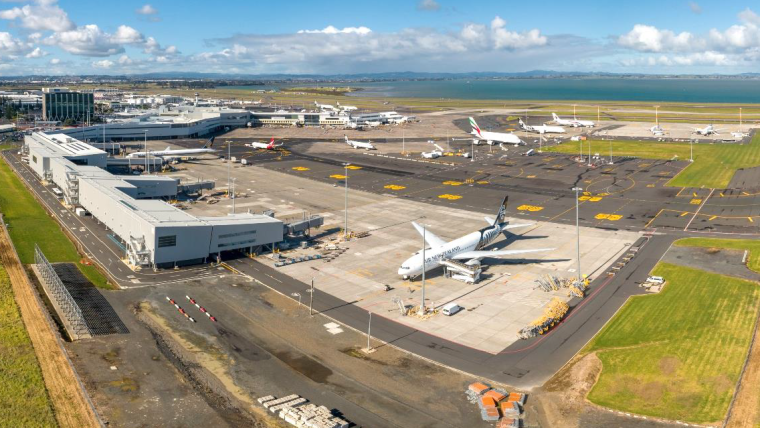 The country's largest airport company is taking a gloomy view of how long it will take for international travel to return to normal after the impact of the Covid-19 pandemic.

In announcing a 63% drop in profits for Auckland Airport on Thursday, chief executive Adrian Littlewood said that with so much uncertainty, it was "prudent" to adopt more conservative planning assumptions than either the International Air Travel Association (IATA) or Standard & Poor’s, which are forecasting a full recovery of international travel in approximately three years.

"At this stage, we think a full recovery could take longer," he said.

"However, we are hopeful that domestic travel will return to normal comfortably within two years."

Littlewood said with Australia being our largest international market, Auckland Airport was also hopeful that short-haul Tasman and Pacific Island travel will resume sometime in 2021, "with a full recovery of both these markets occurring before long-haul international travel returns to normal".

Because of the high uncertainty around the recovery of international passengers and its "strong impact" on Auckland Airport's commercial performance, combined with the return of nationwide restrictions on people movement due to Covid-19 the company has suspended underlying earnings guidance for the 2021 financial year.

"We will reassess this decision at the October annual meeting and again at our interim results in February 2021."

The company released the following key data for its full year performance to June 30, 2020:

Littlewood said Auckland Airport’s capital investment in the 2021 financial year will be focused on advancing existing roading infrastructure projects; delivering core airfield renewals such as slab replacement and apron works; upgrades to the baggage system; and completing pre-leased property developments. Capital expenditure for the 2021 financial year is expected to be between $250 million and $300 million.

"Auckland Airport will continue to play a critical role in connecting New Zealand to the world, and this is only possible thanks to the support of our investors and the ongoing commitment of our people, who have done us and New Zealand proud throughout this crisis."

Due to the significant fall in passenger numbers and the scaling back of the organisation’s infrastructure development programme, Auckland Airport had by June 30 made a 25% reduction in the number of staff and contractors employed by Auckland Airport.

Earlier it shored up its finances with a hefty $1.2 billion capital raise. This followed the decision to put various expansion projects on ice.

they are hamstrung by their biggest shareholder ACC requiring a high dividend payout so unlike a lot of companies dont have funds for a rainy day, and at the moment its pouring.
they are lucky they have a huge commercial property portfolio to fall back on

Major airports typically make more from property (leasebacks to freight, logistics, factories choosing to site near airside etc) than they do from landing fees.

Hey, do they want to buy $45 mill of bare land then. In Central Otago. Bought on the sly by Christchurch Airport at ratepayers expense.

or a parking lot in Tauranga
https://www.rnz.co.nz/news/national/423991/a-27m-hole-tauranga-faces-hu…

My god! How can that possibly have been allowed to happen given the furore over the CTV building (and others) collapse and tragedy, Feb 2011 Canterbury EQ. Do the so called regulators and professionals in our country ever want to learn anything. This is appalling. Incompetence, squandering of the public purse and unaccountability.

AIA has forgone dividends after the SPP. AIA has always paid cr@p divys because of their high reinvestment/capital programme

Interesting times ahead as still no experts, reserve bank or government knows what is store in future and the only solution they have is print more and more money.

Might actually be an almost pleasant experience to travel through Auckland airport for a while then?