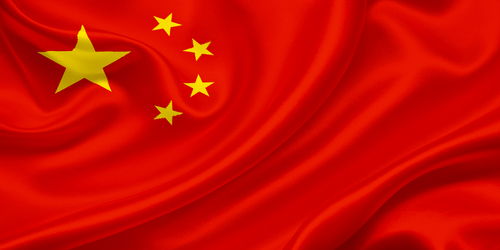 The New Zealand arm of China's biggest bank has been formally registered as a bank in New Zealand and it has both the head of Auckland's waterfront development and a former RBNZ Governor on board.

The Reserve Bank confirmed ICBC New Zealand Limited as an officially registered bank today in a brief (as is customary in such matters) statement. It's the 23rd registered bank in this country.

ICBC New Zealand Limited is a fully-owned subsidiary of Industrial and Commercial Bank of China Limited.

Former RBNZ Governor Don Brash Brash, who was recently contacted about rumours he was getting involved, but would not comment, definitely is a director, according to filings with the companies office last week.

Also a director is John Dalzell, an experienced project director who is currently the chief executive of Waterfront Auckland.

The Chinese banking behemoth's interest in registering as an NZ bank was revealed nearly a year ago.

ICBC New Zealand's website is not yet active and the bank has given no indications as yet what it intends to do in this country.

There has been much talk about Chinese backers getting involved in development of Auckland's waterfront and the presence of the CEO of the waterfront company on the ICBC board is only likely to fuel such speculation.

Waterfront Auckland, is responsible for around 45 hectares of waterfront property including Wynyard Wharf and the land north of Pakenham Street at Wynyard Quarter, Westhaven Marina and part of Queens Wharf and TEAL Park on behalf of Auckland Council and the ratepayers and public of Auckland.

Its website says its objective is to lead the strategic approach to development across Auckland’s waterfront. "This approach is consistent with the Auckland Council’s vision. We are a development agency with a mandate to execute and implement projects in the defined Waterfront Area of Ownership, in full co-operation with all relevant Council Controlled Organisations (CCOs) and other relevant stakeholders."

emmm, does it mean the bank can pipe $ to finance whatever projects Chinese companys would like to do in NZ?

By bringing external capital, does it mean the bank can solve the short-of-capital problem in NZ?

What impacts does the bank have on lending rates?

Will it make NZ's financial system exposed to more risk, or make the system more diversified?

An increase in the supply of credit. Just what new zealand needs. Do you think?

I doubt they'll offer retail banking and if they did I doubt many Kiwis would sign up.  I'd say it will be purely wholesale banking.

It's not for Kiwis. It's a tool to allow even more chinese money to come into NZ to buy up all and sundry.

Meybe they will offer a 3.99% fixed rate mortgage for a 5 year term?

Good to have some non Australian competition

I somehow doubt Wiremu Whakamarama will be able to walk in off the street and get a $1,000 personal loan, or even a $1 million mortgage.

If this bank is part owned by the Chinese Govt they will loan to every tom dick and harry and when they can no longer afford repayments the bank will take ownership of the asset and the Chinese Govt will suddenly  own it.
Thats my theory anyway.

Another Chinese tentacle providing foreign money into NZ, and what a surprise, headed by an ex RB governer. Maybe Wheeler's LVR is scoring him points with the Chinese too so he can get a job there after he has decimated the FHB market?

Don't see what the fuss is about. No different from all the Australian banks or other foreign banks operating in NZ.  Greed is color blind.

then you've never done business with the chinese powers.

take it, never give it back.   that's their modeus operandi.

i wonder how long before they start moving in some "security guards" from the homeland to start ensuring that their properties and investments, and those of their countrymen are "properly secured".

the Americans' next? or the Japanese?
Could someone answer how this will benefit New Zealanders or am I going to hear more about the importance of foreign investment to boost our economy.