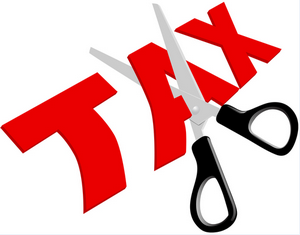 Finance Minister Bill English, struggling to return the Government's books to surplus, may not be happy to hear the annual tax bill of one of the country's biggest corporate taxpayers has dropped nearly 90%.

John Payne, head of tax at the Super Fund, told interest.co.nz the combination of rising sharemarkets and the falling New Zealand dollar was key in the big turn around.

"I think it's quite unusual. Equity markets have gone up significantly and at the same time the Kiwi has depreciated significantly. And that has created the circumstance. I'd like to think it was clever tax planning but certainly that wasn't the case. It was just how the markets moved," Payne said.

The Super Fund made significant gains on its physically-held equity investments as a result of rising global equity markets and these gains aren't subject to tax. Physical equity holdings are taxed via the Fair Dividend Regime, being a deemed dividend of 5% of the market value of these stocks. The effect from this was magnified by the Super Fund's exposure to physically-held equities increasing and its use of derivatives, which are taxed on a mark-to-market basis, declining during the year. On top of this tax deductible losses from currency hedging due to the NZ dollar's fall were also a significant contributor.

Payne pointed out that in 2012 the Super Fund's effective tax rate was 80.97%  because the opposite scenario occurred. Global equity markets fell with no tax deduction available for these losses, but the Super Fund recorded taxable gains from currency hedging as the NZ dollar rose.

Since last year Payne said the Super Fund had reduced its equity exposure through derivatives because the costs of taking derivatives positions have risen due to extra regulations and other factors.

Despite the reduction in tax paid this year, the Super Fund has now paid about $4.4 billion of tax since it started investing in 2003. (See more on this in Terry Baucher's article here). In this Double Shot interview in August Super Fund CEO Adrian Orr suggested the Government could both resume contributions to the Super Fund, which were halted in 2009, and stop taxing it. Orr said future generations would benefit from these actions. Orr's unaware of another sovereign wealth fund that pays tax, and the Accident Compensation Corporation doesn't pay tax.

In his CEO statement in the annual report Orr noted the slow move towards "normal" times in the world's major developed economies.

"Part of this normalisation, however, will be the United States Federal Reserve returning its interest rate setting to something that better reflects reasonable growth and low inflation. This means the very low interest rates of recent years are unlikely to last in the United States, although they will linger for a while yet in Europe," Orr wrote.

"I am pleased to see this return to normality if it reflects improved economic fundamentals and prosperity. If the market is, however, dominated by investors constantly relying on central bank ‘pump priming’ for ever, then beware. Higher nominal interest rates reflect better underlying economic fundamentals. But it is the path to getting there that can create the jitters. These short-term concerns are exactly why we focus on multiple years ahead when setting our strategy," added Orr.

He also noted the other major driver of uncertainty in global markets is China. In particular China’s ability to, and the time it will take to, transition from a manufacturing and investment-based economy into one underpinned by domestic spending.

"This is a necessary step for China to make to avoid the ‘middle income trap’ into which most emerging economies fall. The world will watch, assist, and benefit over time without doubt."

*This article was first published in our email for paying subscribers on Thursday morning. See here for more details and how to subscribe.

i think the scandal was stopping contributions during the best buying period in history when credit was at its cheapest.
and we wonder why the minister of finance cant balance his books for 7 years, time to head back to his farm me thinks

Presumably this is the fault of the 'stupid' logic of the FIF regime originating from Labour in 2007.
Someone more knowledgeable should comment please.
Frankly, why should the Super Fund be paying any tax at all anyway? All of the fund should be available for future governments to utilise.
.

Note elsewhere where the ACC say they are now fully funded probably because of windfall profits from overblown sharemarkets. When will that reverse as well?

Bigger question is why NZSF needs some 130 staff to manage NZ $ 30 B and produce returns of less than 10% pre-tax since inception while Berkshire Hathaway manages over US $ 300 B - some NZ $ 450 B with just 24 staff yet has produced over 20 % after tax compound pa over 50 years.

The staffing levels seems way out of whack from what can be considered the benchmark for investment funds.

Can anyone throw some light on why NZSF has what appears to have such extremely high staffing levels compared to best practise ?

NZ Super Fund is highly regarded and given their mandate I would suggest they are doing a really good job in my humble opinion.

You would have to do risk adjusted analysis on both sets of returns and run portfolio stats to really make an assessment about performance of either manager.