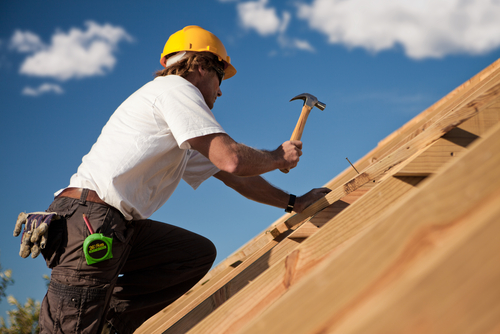 The NZIER quarterly survey of business opinion (QSBO) shows building firms neared full capacity during the three months to the end of March as difficulties finding workers continued. Confidence on future activity amongst those firms eased slightly from December, indicating growth of the sector could slow as firms hit operational buffers.

The findings come after the government was dealt a stark warning by the Productivity Commission last week that New Zealand’s urban development framework was not working as it should, leading to building cost pressures and poor planning decisions.

The Reserve Bank, politicians on both sides of the spectrum and the major bank economists have all warned that housing supply is failing to match demand, with rising building costs cited as one reason for the snarl-up.

Pricing up, confidence down

Nationwide business confidence fell during the first three months of the year, led by drops in Auckland, Wellington and Southland. Business still expect better times ahead for the economy as a whole, although fewer of them indicated this than at the end of 2016 (net 16% against net 26%).

Cost and price indicators point to a further lift in inflation over the coming year, Leung said. “Capacity utilisation amongst builders and manufacturers lifted to a record high of 93.6% in the March 2017 quarter. Businesses are also finding it easier to raise prices, particularly in the building sector,” she said.

“This continued improvement in pricing power will be welcome for the Reserve Bank, given its concern last year that inflation would remain persistently low. However, with inflation lifting from a low base we expect the Reserve Bank will hold off lifting the Official Cash Rate until the middle of next year.”

'''Building firms are finding it easier to raise prices''''
I wonder if that ties in with '''Kiwis finding it harder to afford a house'''''.

It's easy to find skilled people, just offer them something better than their current employer or offer training to improve skills.

That would never work! Just like all those drugged up millennials! /s

Where I live in the North Shore most teenagers are stoned (mine included) so would be useless at building sites.

What they need is a bit more "education", a bit of skills transfer to make up for their, er, you know, "comprehensive education".

Nothing changed from the 80"s then on the shore. Parents probably drink less these days as too expensive all those fancy craft beers.

This is why costs are going up, staffing costs are increasing.

Good old supply and demand. You have a shortage (in this case personnel to build) and high demand for building why would you not increase your prices? There will still be willing takers. When a downturn happens prices will come down, for labour anyway.

The halo regions are more competitive, because they employ greater economies of scale and have lower non-labour costs. When you build next to small towns in the middle of nowhere your costs are always going to be higher.

The halo regions follow conventional planning techniques that place the largest chunks of new infrastructure around significantly sized existing urban centres - Tauranga/Mt Maunganui, Hamilton. The new suburbs work in synergy with existing infrastructure so that the fixed costs of development (both public and private) are minimised. The halo regions ensure that their new developments are supported by the greatest possible economies of scale.

Auckland prefers the innovative approach of positioning wholly new infrastructure miles away from the city. By requiring the re-creation and duplication of existing infrastructure the costs are greatly increased. Auckland planning acts to ensure that economies of scale are minimised as suburbs are developed far from the populace.

How can any GOVT bring the cost of housing down if the builders can raise prices at the drop of a hat.

The government can't, however the council can by opening up some land.

Unfortunately Len Brown (Labour) and Phil Goff (Labour) are completely opposed to opening up more land and lowering building costs - because they love building sprawl in Warkworth or somewhere.

Thankfully Phil Twyford (Labour) is promising to change the law so the government can open up more land for Auckland if Andrew Little (Labour) becomes our next PM.

So remember to vote for Labour (or against Labour) to open up (or is it shut down?) land supply.

Anyway it is very simple.

The government can bring down costs. Branz, Fletchers, Carters, James Hardie - Sorting out that rort would be a good start. They could also affect labour costs long term if they put some serious emphasis on training and apprenticeships in these areas.

The same way we got bank fees under control. You compete instead of regulate.

On one hand, our PM and his Minister for Immigration says more tradies, IT specialists and medical professionals (workers to fill our skill shortages) are the reason behind record immigration numbers. I did a pivot analysis on data available on the immigration website for work visas issued in the last few months and found that retail and restaurant workers still top this list by a huge margin.

That's right and it's a dilemma. All the foreigners I meet working in eateries are actually really good, and I hate to say this, but in general more service-conscious that we Kiwis. However, this is not a reason to simply ignore our young who we should give preference to. If the service is not as good, it can be (and should be) improved by more attention to training.

I have a hard time reconciling the headline:
"Constuction firms in position to raise prices as they hit capacity buffers"
with last week's article saying that:
"building consents have decreased for each of the last 6 months"

Well ...
Look at all the builders and tradies - almost all of them drive new UTE's. They are booked....3...6...12...18 months in advance. They will never return the call, come and quote for the business. They are spoiled - not interested i 'normal work' but are creaming in bigger projects, new builds or renovations in Remuera and Herne Bay.

Of course they are in position to increase the costs.

The cost of building / renovation becomes unreachable for majority of the people....

The most accurate comment out of this lot. I had an architect comment to me last year that it seems like construction is becoming something that only the rich can afford. It seems like that's very much the case.

It's nothing that can't be fixed with more tax. Or maybe more regulations. Or both.

It's nothing that can't be fixed with more....

Covenant-less land to place them on.

Any land to place them on.

1. Only import people who have a job offer and not those either fishing on the rocks all day or walking around Takapuna with their hands in their pockets.
2. Stop buying and let the market drop some more. Nothing gets building prices down like not enough building work available.