Air has been coming out of the Auckland housing market balloon slowly which is good, ANZ NZ CEO David Hisco says

Air has been coming out of the Auckland housing market balloon slowly which is good, ANZ NZ CEO David Hisco says 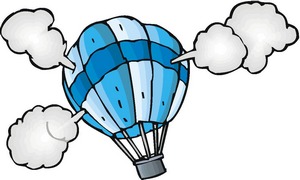 Almost a year on from when he raised the alarm about the overheating Auckland housing market, ANZ New Zealand CEO David Hisco says things are now looking a bit better.

In a NZ Herald article last July, and a video interview with interest.co.nz, Hisco - the boss of NZ's biggest home lender - highlighted challenges being posed by high Auckland house prices.

Now Hisco says the home loan market is looking a "little bit easier" in Auckland, prices have flattened out, stock available has improved, investors have stepped back and first home buyers are getting a look in.

"So that's all sounding a little bit more normal," Hisco told interest.co.nz in an interview after ANZ NZ released its half-year financial results.

"The purpose of that [NZ Herald] article was twofold. One was just to say to people 'think carefully it's a good time to pay down debt when interest rates are low not borrow up to the hilt.' Two to make the point that all parties need to work together to navigate through that housing situation that we had, local councils, government and banks as well."

"I think where we're at now is a little better with investors out of the market due to the Reserve Bank [loan to value ratio] rule changes. Interest rates have gone up a little, and I think that has caused people to think more carefully about what they're doing. We're seeing more houses for sale in the market now in Auckland. And I think over time prices will flatten out as people realise that they might have to adjust their price expectations to get their property away," Hisco said.

"The way you always want things to happen is to let the air out of the balloon slowly, and it seems to be that's what has happened a little bit which is good."

The April QV House Price Index, out Wednesday, shows residential property values across the Auckland Region rose 10.7% year on year, the slowest annual growth rate since December 2014. Quarterly growth actually fell, by 0.4%. The average Auckland value came in at $1,043,830. When adjusted for inflation values rose 8.4% over the April year, and are 59.4% above the 2007 peak.

The details below, about ANZ NZ's home loan portfolio, were disclosed in parent the ANZ Banking Group's interim results.

The charts below also come from the ANZ group.

Sounds like everything is under control. What we want is a situation where everyone thinks interest rates are going to go up but they actually don't.

Just fixed my mortgage for another 2 years at 4.39% yippee. I hope it is going to go lower so that we can all benefit from it.

"I hope it is going to go lower so that we can all benefit from it."

As a saver I couldn't disagree more.

Plenty of places paying dividends higher than that, putting your money in bank deposits is as good as putting under your mattress

Total FUM has grown by 6.5% year on year yet market share dropped!

So in spite of Mr Hisco's "concerns" last July his bank has still fueled the ponzi with an increasing amount of savers deposits.

A cooling-off in the housing market is a good thing.

Steady growth over time is a much better scenario than highs/lows.

Banks that voluntarily reduce their lending in the current market are doing everyone a favour - including themselves.

A slow deflation of the bubble of preferable but I don't think many people are realistic about what that looks like. Some people, e.g. Politicians and property commentators, seem to think slow deflation is 5-7% compound growth. That is not the readjustment that needs to occur and will occur. A realistic slow readjustment scenario would be a 10-20% reduction in real terms over 10 years. That might mean prices still rise a small amount in nominal terms over 10 years but it is a significant drop in real terms.

Hisco sounds unusually sensible to me.

Having recently moved back to New Zealand, I decided to bank with ANZ purely on the basis of his public comments. I figured if he walks the talk then ANZ is probably a bit lower risk in terms of OBR than the other big banks and the numbers in this article assure me of that (i.e. lower exposure to Auckland). But who can really tell.

Conversely, comments from BNZ around "we need to educate the public the housing issue is not about immigration or foreign buyers" left me feeling pissed off. Tony Alexander's comments definitely didn't help. Although, I understand BNZ do a lot more business lending than the other big banks, which is at least where credit should be going.

However, smashed avocado most certainly isn't.

Tony's rant was a bit clueless and in a number of ways, demonstrably wrong (e.g. young folk's savings rate).

It's quite remarkable really that BNZ has a chief economist who seemingly can't do quantitative analysis.

I'd suggest some remedial econometric papers for Tony.

David Hisco sounds more like a budget advisor or financial advisor rather than a CEO of a Bank!

When the bankers whisper in your ear that all is well and everything is going to plan you know that its about to hit the fan.

Maybe time to bail if you have speculated! If you have actually invested wisely and in it for the long haul, it's just another day in the ups and downs of the property cycle!

So Dannevirke is booming according to local real estate agents. On a certain level I understand Auckland exuberance, it is a destination city. But is there any evidence of people moving to Dannevirke? Or is it just a case of: property prices have increased in this list of places so logically they must increase everywhere, because that is silly.

RE agents don't want people to make rational, logical choices about houses. They talk up any market they can, purely for their own gain.

Moving to the provinces you can buy a freehold house and put money in the bank, no traffic problems, but is it a good investment?

A balanced property portfolio with some weighting on provincial property makes sense to me. But you need to pick your locality.

I favour Palmerston North, because I reckon it's undervalued - with pretty good upside...