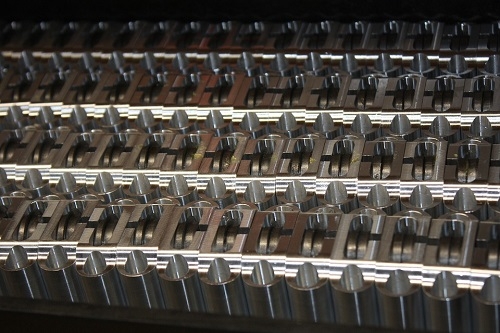 ‘Made in China’ has been associated with cheap and mass produced goods and services for the better part of the past 20 years.

Take clothing, for example: a great proportion of all garments manufactured in recent decades sport a ‘Made in China’ tag.

The ubiquity of this tag is a testament to China’s dominance in mass production.

China’s dominance has its origins in the devaluation of the Chinese Yuan from CNY 5.8210 per US$ to CNY 8.7219 per US$ in January 1994. This created a favourable exchange rate environment for China to export goods.

Ten years later, in 2005, the gradual revaluation (appreciation) of the CNY did not appear to have made a real impact on the growth of exports from China.

This can be attributed to the entrenched advantage that China had obtained over the previous 10 years.

Twenty years on in 2014, there were signs of appreciation of the Yuan as it reached almost CNY 6 per US$.

But the trend did not last. The exchange rate returned to approximately CNY 7 per US$ in January 2017.

Revamping the ‘Made in China’ strategy

The ‘Made in China’ strategy has worked wonders for the most populous country in the world.

By 2013, China had become the largest trading nation in the world, but rising costs deemed its strategy untenable.

So in March 2015, China unveiled the ‘Made in China 2025’ strategy, an initiative to transform China into a hub for advanced manufacturing.

Broadly speaking, China is seeking to ‘Do a Samsung’ with ‘Made in China 2025’.

Samsung is a classic example of a low-cost player can evolve into a premium player.

China wants to transform itself into a major innovation centre in manufacturing by 2025.

Despite being the top manufacturer for 220 of the 500 industrial product categories, this move might allow China to create more sustainable advantage in those categories and move into others.

In August 2016, a US$30 billion fund was created to target activities that boost industrial technologies.

Other smaller funds were also put into play.

To put this figure and China’s commitment into perspective, Germany’s Industry 4.0 upgrade will invest around US$12 billion in the same period.

It is expected that this US$30 billion is only seed funding for the projects, with funding from banks, investment companies and venture capitalists to follow.

Beyond the guidelines, there are also specific advanced manufacturing sectors that Made in China 2025 promotes.

The general plan is to conduct more research and development and create more intellectual property in these industries, prioritizing product quality and sustainable manufacturing.

On the outside, ‘Made in China 2025’ is an ambitious endeavour, take a closer look, however, and its intent is not clear-cut.

It will require phenomenal effort on the part of China (given its size) to evolve from being seen as a strong low-cost player into being a high value-added premium player within a 30-year period.

Even in the strategy world, this is a rare feat for decent-sized organisations.

With this transformation in mind and China’s role in the global economy, the world needs to have its fingers on this pulse.

(This article is the first of a three-part series on Made in China 2025).

Their leaders stance on expansion should make everybody wary of the Chinese,and lets face it a lot of what they produce is rubbish.

Rubbish. That is what you wrote not what China is producing. \

Of course we should be wary of the Chinese - I certainly get no impression that they wish to treat every non-Chinese with the affection they do every Chinese but on the other hand why would they want to destroy their customers? That is what is so great about free trade.
Can they do it? Well the Japanese did and all in my lifetime. They went from cheap and naming a place 'Birmingham' so they could print 'made in Birmingham' on the bottom to a reputation for the most stringent of quality control - 30 years ago I was in a 3rd world country where someone was planning to buy a modern computer - the question was asked 'what will we do if the central processor develops a fault and Fujitsu were happy to say they had no statistics for mean time between failure because they had never had a failure. meanwhile I knew our Honeywell engineers personally because they spent so much time fixing our machines.
Wary of the Chinese of course! And just as we need to be wary of the USA and even Australia - they are elephants and we are a mouse - they can step on us purely by mistake.

Siah is right, Chinese will eventually be producing a lot of goods of high quality. It happened with Japan, then with Taiwan, Korea and others.

The other side of the equation is that each of these manufacturing societies then seeks to become middle class industrialised, not low class quasi slave-labour-based. At this point, low cost manufacturing moves on to a different place with cheaper labour, e.g. African countries are now picking up some manufacturing.

It's perhaps how China manages this in the face of their demographic timebomb that'll be interesting, too.

Innovation depends on intellectual freedom. Where this freedom is suppressed and intellectual conformity is demanded (at risk of losing your job or, not uncommonly, arrest or personal disappearance), genuine innovation is a fantasy.

Free speech, free thought, freedom of association, freedom to act within intelligible and respectable legal structures - these are the conditions that have provided for every tangible and intangible innovation since the age of the enlightenment. Closed systems lead to closed minds and closed futures. (Until the closure becomes intolerable.)

Where even the teaching and discussion of history is problematic, future thought is without essential vitality. One follows the other. Inventive futures arise from liberal presents and questioning pasts. These are basic issues of humanity - beyond and beneath politics.

A manufacturing powerhouse? Yes. Systems of relentless replication are ideal. An inventive powerhouse? Unlikely. Certainly not within present and now hardening conditions

Very good points Workingman. Some very interesting work by the great Scottish historian Niall Fergusen along these lines. The reasons for the innovation and intellectual and financial freedoms we enjoy today didn't happen in a vacuum or under the fist of a totalitarian Regime. http://www.npr.org/2011/11/02/141942357/how-the-west-beat-the-rest-six-…
Some very disturbing developments of late with suppression of freedom and information and the decision by the totalitarian Chinese Regime to disregard the fifty year agreement over Hong Kong. The fifty year democratic freedoms (such as they were) that HK was supposed to enjoy are now null and void. I think there will be considerable anxiety hanging over the place as the people are crushed into submission with, I'm sure, many wanting to get the hell out of the place.

To a certain extent I agree. However if the area of restricted intellectual freedom is clearly defined then technical innovation can thrive. In Muslim countries (and even Western countries) you cannot say anything that may be construed to be against the prophet and in China it is best to keep your opinion of the communist party to yourself. But Iran produces doctors and engineers and China some remarkable mathematicians.
If I was an investor I would remain concerned about China since corruption can hide under the skirts of the communist party and the law is not proven impartial. However the Chinese leaders appear to be aware of it so things may improve. Secondly China is now producing serious international businesses so they will be able to farm out inventive trouble makers to live in London or New York (or Auckland?). I might invest in a Muslim country if it had a stable government but I would keep my opinions about the early history of their faith to myself (both wise for my safety and good manners).

China is producing rubbish and without any quality. Cheap bit it's waste of money and time. Mass production is not the key of success. I think time has come for end of Chinese era. Secondly China has too many domestic and international problems. Which will make it further die. Third ton democracy. So people will start revolution and that will be end of China. I feel sorry for that but it's reality.

At lest China is heading in the right direction which is more than can be said for NZ relying on a false economy and riding on China's coat tails. We need to stand up on our own two feet and work with strong partners in new technology such as China and the rest of the world.