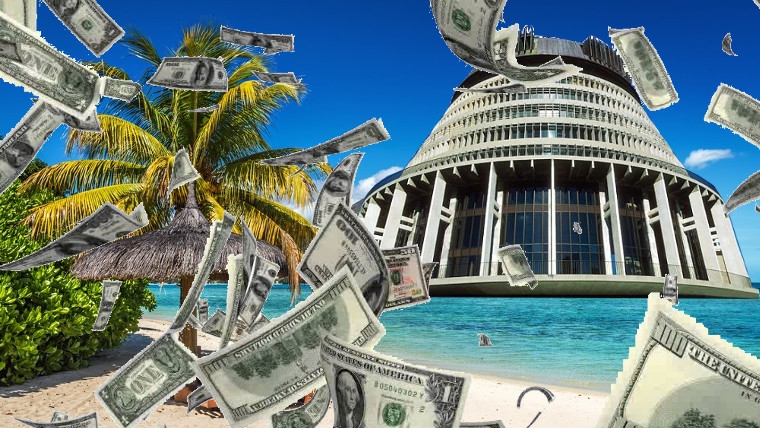 Could the days of secret, untraceable ownership of New Zealand companies, and potentially even trusts, be numbered?

The Ministry of Business, Innovation & Employment (MBIE) is mulling the creation of a public central register of company beneficial ownership information. This move follows a commitment made at a London Anti-Corruption Summit in May 2016, which was attended by then-Police Minister Judith Collins. New Zealand's existing public register of companies is searchable but does not provide beneficial ownership information. That means if a company is owned through a trust, by lawyers or accountants on behalf of clients, company agents or nominees, it's not clear who actually owns the firm.

Asked whether a potential beneficial ownership register would just be for companies, or could include other entities such as trusts too, an MBIE spokeswoman told interest.co.nz that MBIE was currently working to understand the scope of the problem, including which corporate structures "in its areas of responsibility may be prone to misuse."

"MBIE is responsible for advising on policy largely relating to entities registered by the Companies Office, such as companies and limited partnerships. These corporate forms are the focus of this work," the MBIE spokeswoman said.

"The Ministry of Justice is responsible for trust law and is monitoring the progress being made by MBIE on a company beneficial ownership, and the effectiveness of similar measures in other jurisdictions."

She said MBIE's work in this area is in its early stages.

"With the support of relevant anti-corruption agencies and regulators, we are working to develop our understanding of the issues, the scope of the problem, if one exists, and extent to which any problem can be mitigated," the MBIE spokeswoman added.

Does a lack of transparency hinder law enforcement authorities?

She said the work involves looking into whether a lack of transparency around beneficial ownership hinders the ability of law enforcement authorities to deter and detect criminal activity, whether there are opportunities to reduce anti-money laundering compliance costs for businesses, and whether measures available to the Government would be effective at addressing any of the problems identified.

"E.g. there may well a range of options including, but not limited to, a central register of company beneficial ownership information."

The spokeswoman said MBIE intends to advise the Minister of Commerce and Consumer Affairs, currently Jacqui Dean, on its findings early in 2018.

"If work is progressed, public consultation will be a critical element," she said.

Asked who would have access to any register that might be established, the spokeswoman said MBIE has not yet formed a view on the design of any potential register of beneficial ownership information.

"We first need to diagnose whether a problem exists, and whether a beneficial ownership register is the most effective measure to address any problem identified."

In its recent report on the Anti-Money Laundering and Countering Financing of Terrorism Amendment Bill, Parliament's Law and Order Select Committee said it had considered the idea of a centralised register of beneficial ownership of companies and trusts. Based on this committee's comments, it doesn't appear the political will exists in the current parliament for such a register.

"We acknowledge the potential benefits and reduced compliance costs of having a centrally maintained register of the beneficial owners of companies and trusts. We understand that the Ministry of Business, Innovation and Employment is undertaking preliminary work on a beneficial ownership register in relation to companies. The Shewan Report also referred to a central registry of beneficial owners."

"However, we are also aware that the United Kingdom’s experience of establishing a beneficial ownership register for trusts has so far proved to be complex and time-consuming. Given this, and the nature and extent of trusts in New Zealand, we recommend that officials maintain a watching brief on the progress being made by MBIE on a central register of beneficial owners of companies, and on the effectiveness of similar measures in other jurisdictions," the committee says.

Both the Law Commission, in its review of trusts, and ex-PwC chairman John Shewan's report, commissioned by the Government in response to the Panama Papers, have come out against a publicly accessible register of foreign trusts.

Shewan noted an area where New Zealand has been rated non-compliant by global anti-money laundering overseer the Financial Action Task Force (FATF)  is the beneficial ownership of trusts.

Shewan himself recommended the creation of a register of foreign trusts, searchable only by regulatory agencies. The Government is adopting Shewan's proposals.

"Allegations in the Panama Papers have been about tax evasion, which is a crime against governments that would have access to the register," said Shewan.

"On matters of privacy, New Zealand law and practice starts with the presumption that a person’s financial affairs are that person’s own business," Shewan added.

Justice Minister Amy Adams this week introduced a bill to Parliament touted as the first significant change to New Zealand’s trust law for more than 60 years. Adams said there are 300,000 to 500,000 trusts operating in New Zealand today.

What the Brits have done

Britain has recently set up a beneficial ownership register for trusts, the details are here. Operated by HM (Her Majesty's) Revenue & Customs, the register is not public. Below is the information that must be reported.

Trustees will be required to provide information on the identities of the settlors; other trustees; beneficiaries; all other natural or legal persons exercising effective control over the trust; and all other persons identified in a document or instrument relating to the trust, including a letter or memorandum of wishes.

This information will include:

If a trust has a class of beneficiaries, not all of whom have been determined, then it will not be necessary to report all of the above information. Instead, trustees will need to provide a description of the class of persons who are entitled to benefit from the trust.

Trustees will also be required to provide general information on the nature of the trust. These include its name; the date on which it was established; a statement of accounts describing the assets and their values; the country where it is resident for tax purposes; the place where it is administered; and a contact address. The statement of account could be particularly unattractive for foreign trusts and foundations that hold only part of their assets in the UK.

Britain also introduced a law in April last year requiring all companies to keep a register of the people who can influence or control a company, that is, the people with significant control, or PSC, of the company. It is available to search free of charge. A PSC is regarded as an individual or a registrable legal entity who meets one or more of the five conditions below in relation to a company:

Yes, please. Public transparency is part of the quid pro quo for the public subsidy derived from legal recognition of companies and trusts.