BNZ unveils two breaches of banking registration that mean it has been overstating its capital adequacy ratios and has restated them, discloses big restructuring provision

Business
BNZ unveils two breaches of banking registration that mean it has been overstating its capital adequacy ratios and has restated them, discloses big restructuring provision 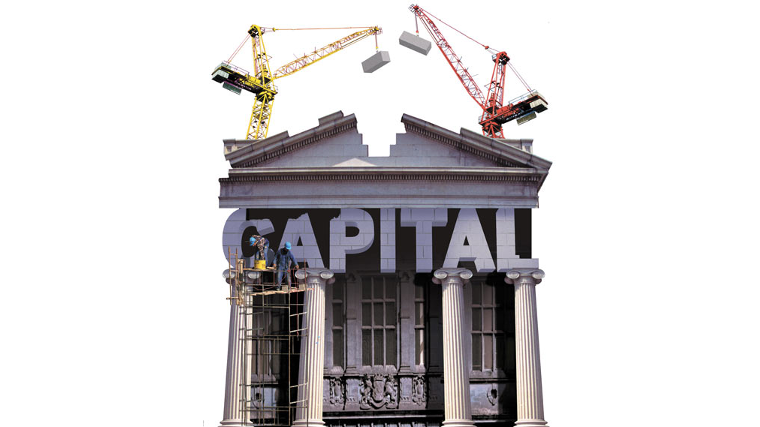 BNZ has restated historical regulatory capital adequacy ratios reducing them by up to 34 basis points after disclosing a data error has, since 2003, led to it incorrectly calculating unutilised credit limits for some loans, mostly to business customers.

In its latest quarterly disclosure statement BNZ says the problem was identified in March this year and means BNZ considers itself in breach of its conditions of banking registration with the Reserve Bank.

BNZ has restated its regulatory capital adequacy ratios for both September 30, 2017 and December 31, 2017. The restated versions see reductions of up to 34 basis points, with the bank's Common Equity Tier One Capital Ratio reduced by 27 basis points at September 30, and by 25 basis points at December 31. For March 31, the bank has reported a Common Equity Tier One Capital Ratio of 10.75%, which is comfortably above the Reserve Bank mandated minimum of 7%. Bank capital ratios are expressed as a percentage of risk weighted credit exposures.

BNZ also discloses a second error, which since April 2016 means it hasn't applied the correct collateral values when calculating the risk-weighted assets of a "small number" of business loans. This, the bank said, resulted in an overstatement of capital ratios by "no more than" two basis points in its financial reporting periods since June 30, 2016. This is also a breach of banking registration conditions, and hasn't been corrected for BNZ's March quarter disclose.

Neither breach of banking registration conditions disclosed by BNZ has led to the bank breaching any of its required minimum capital adequacy ratios, BNZ says.

"The breaches of our conditions of registration have not impacted on our customers or our balance sheet. The breaches are system data errors we have discovered during separate internal reviews, which are part of our continuous improvement processes. BNZ reported to the Reserve Bank when the errors were discovered," a BNZ spokesman told interest.co.nz.

A RBNZ spokesman would only say; "We generally don’t comment on individual institutions that we prudentially supervise." Under the Reserve Bank of New Zealand Act 1989, a fine of up to $1 million for non-compliance with registration conditions is possible.

News of BNZ's incorrect calculations comes against the backdrop of the Reserve Bank's biggest ever review of bank capital adequacy requirements, and with the Financial Markets Authority and Reserve Bank having asked New Zealand bank bosses to detail what they're doing to prove consumers, regulators and other stakeholders can have full confidence in the financial services sector by today, Friday May 18, given the revelations of Australia's Royal Commission into the financial services sector.

BNZ, along with ANZ, ASB and Westpac, is allowed to develop its own models to quantify its required capital for credit risk and must then get these approved by the Reserve Bank. This is known as the internal models capital approach, which the four banks have been using since 2008. All other NZ banks use the standardised approach where the Reserve Bank prescribes their credit risk measurements. Using the internal models approach allows the four Australian owned banks to stretch their capital further.

In its capital review the Reserve Bank is considering restricting the internal models approach, which it says consistently produces lower capital requirements than the standardised approach.

"The complexity and opacity of the internal models based approach has potentially undermined the effectiveness of market discipline...Banks in New Zealand are not required to publicly disclose the details of their internal models or to provide much information about the underlying characteristics of their exposures. It is therefore difficult for external parties to assess how risk-adjusted measures of exposures have been generated and whether or not they are reasonable," the Reserve Bank has said.

The BNZ revelations come after the Reserve Bank revealed in November it had given Westpac 18 months to get its capital in order after an independent report found the bank to be using a series of unapproved capital models. The Westpac issues dated back as far as nine years. ASB's another bank to have breached its conditions of banking registration due to capital requirement failures. In one ASB case recalculations shaved 20 to 30 basis points off capital ratios disclosed over the previous year, and another breach that lasted more than nine years meant ASB's regulatory capital ratios were higher than they needed to be.

Here's BNZ full disclosure of the breaches of its banking registration;

Non-compliance with Conditions of Registration
In March 2018, the Bank identified that due to a data error, since 2003 it has incorrectly calculated unutilised credit limits for certain Customised Average Rate Loans ("CARLs”) offered predominantly to business customers. The data error has not impacted any of the Bank’s CARL customers but it has resulted in the misstatement of credit exposures, risk-weighted assets and exposures at default in relation to these CARLs, and the Bank’s capital adequacy disclosures, in disclosure statements relating to prior financial reporting periods. The Bank considers the incorrect calculation and resulting misstatement of the Bank’s capital adequacy disclosures in prior financial reporting periods to be a breach of Condition of Registration 1B but the Bank has not breached any of its required minimum capital adequacy ratios.

The data error has been corrected in the current financial reporting period and the capital adequacy ratios previously reported for the six months ended 31 March 2017 and the year ended 30 September 2017 have been restated, as follows:

In April 2018, the Bank identified that since April 2016 it has not applied the correct collateral values when calculating the risk-weighted assets of a small number of business lending exposures. This resulted in an overstatement of capital ratios by no more than 2 basis points in the financial reporting periods since 30 June 2016. The Bank considers the incorrect calculation and resulting misstatement of the Bank’s capital adequacy disclosures to be a breach of Condition of Registration 1B, which has not been corrected in the current financial reporting period. This matter did not cause the Bank to breach any of its required minimum capital adequacy ratios.

(Here's my take on why the combination of a hands-off bank regulator and the internal models approach to regulatory capital requirements requires change).

BNZ has also disclosed a $54 million "restructuring related provision" raised in March. Asked for details on what factors and issues are behind the provision and how much each one is costing, the BNZ spokesman said the bank has "an ambitious investment strategy driven by the needs of our customers" who are increasingly engaging with BNZ's digital platforms.

"The bank’s transformation requires some spending so we’ve increased expenses to account for that," the BNZ spokesman said.

BNZ's recent interim results noted an $84 million, or 18%, increase in operating expenses to $542 million included an allowance for costs to support the "reshaping of the bank" to help it become faster, more personal and innovative. Figures from NAB show BNZ's full-time staff at March 31 stood at 4,676, a drop of 112, or 2.3%, year-on-year from 4,788. Bank workers union First Union recently said 50 BNZ full-time jobs are likely to go and be replaced with part-time roles.

Since new CEO Angela Mentis arrived from NAB at the start of 2018 succeeding Anthony Healy, BNZ has effectively announced the departure of five executives. The bank's director of products and technology, David Bullock, and director of customer fulfillment services, Martin Gaskell, will leave at the end of June. Richard Griffiths, director of transformation and enterprise performance, and David Maloney, director of strategy and planning, left in April. And in March Peter MacGillivray was appointed CFO after Mandy Rutherford withdrew from taking up the job. (Here is BNZ's full executive team).

Hands off regulation.
Hands off means no touching!

"....system data errors we have discovered during separate internal reviews, which are part of our continuous improvement processes."
Oh, so its alright then.

I for one think the CET 1 ratios need to be upped to those of European banks over next 2/3 years to protect gains systemic risks.

This is all a bit wonky to me. How do the 'big four' get away with so much? They're being slatted across the ditch and deservedly so, then all of a sudden we've got these little errors that over state the credit worthiness ratios in their favour popping up all over the place. Are these people bankers or banksters?

The OBR haircut rules wouldn't have been introduced if there was zero chance of it being used.

It's all good in la la land. The RBNZ even have cute cartoons showing how it works: https://www.rbnz.govt.nz/regulation-and-supervision/banks/open-bank-res…