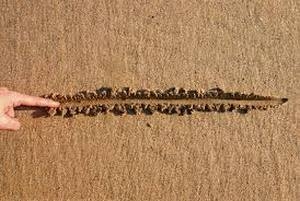 APRA on Wednesday unveiled the 10.5% "unquestionably strong" benchmark in its long awaited response to the 2014-15 Australian Financial System Inquiry. On this side of the Ditch, the RBNZ last Friday issued the second paper in what interest.co.nz understands to be its broadest ever review of its capital adequacy framework for NZ banks. The RBNZ has indicated that at least one further paper is to come, in a review that won't wrap up until some time in 2018 at the earliest.

An interesting question to ponder off the back of APRA's 10.5% benchmark, is what does this mean for likely new minimum capital requirements for NZ banks? Currently NZ banks are required to have a CET1 capital ratio of at least 7%, which includes the 2.5% buffer ratio. The Total Capital ratio must be at least 10.5%, and Tier 1 capital ratio must be at least 8.5%, with both these figures also including the 2.5% buffer ratio. Remember these regulatory capital ratios are expressed as a percentage of Risk Weighted Exposures, which means, for example, the country's biggest bank ANZ Bank New Zealand is required to hold capital of just $1.380 billion against $76.197 billion worth of home loans.

In a March speech Grant Spencer, Reserve Bank Deputy Governor and Head of Financial Stability, noted that by international standards, the Reserve Bank has taken a conservative approach to bank capital. This, he said, is warranted because of NZ’s relatively high risk profile, and the Reserve Bank’s "non-interventionist approach" to banking supervision. Thus, Spencer said, the RBNZ's capital adequacy review is likely to deliver an outcome where capital standards are seen as conservative relative to the international Basel standards and to the standards of peer countries. He also said it's important NZ banks be seen as strong on a standalone basis in order to maintain their international standing.

Australia, as NZ's CER partner and home country of the parents of our four biggest banks, is most certainly a peer country. Thus it stands to reason, based on Spencer's comments, that our banks are going to require a minimum CET1 capital ratio, primarily consisting of ordinary shares and retained earnings, of more than 10.5%. That's leaving aside the risk weight and capital overlay settings on specific types of lending such as residential mortgages (see table at the foot of this article) and lending to dairy farmers, which NZ banks will argue are higher here than in Australia.

Again based on Spencer's comments, take your pick of just how much higher than Australia's the NZ minimum CET1 ratio should be set at. 11%? 11.5%? 12%? Or even higher?

This gets really interesting when you take on board two factors. Firstly, banks are not happy about this RBNZ review. As previously reported, in its submission on the first RBNZ capital review paper, bank lobby group the New Zealand Bankers' Association argues the current capital framework is "adequately conservative, and sufficiently strong." (See my take on this here).

And secondly, Reserve Bank Governor Graeme Wheeler leaves in September, to be replaced temporarily - until March - by Spencer. After that a new, as yet unknown Governor joins, and Geoff Bascand, currently a Reserve Bank Deputy Governor and Head of Operations, will succeed Spencer as Head of Financial Stability from late September. Thus the widest ranging bank capital review the RBNZ has undertaken is happening against a backdrop of changes to the RBNZ's very top echelons.

Meanwhile, there are other issues aside from banks' required capital ratios that we should hear more about over coming months as the RBNZ capital review unfolds. These include just what should qualify as bank capital, whether the RBNZ decides to introduce a leverage ratio, whether it proposes to make changes to the internal models approach to credit risk used by the big four banks that effectively lets them hold less capital than other banks, and whether the big four - and potentially Kiwibank, as too big to fail or systemically important banks, ought to be required to hold more capital than their smaller competitors.

So far the RBNZ appears to be pushing for significant change to its bank capital adequacy regime to the cost and annoyance of the banks it regulates. The RBNZ approach is, however, encouraging for bank depositors who lack deposit insurance. That's because higher capital requirements would mean the banks they're investing in are financially stronger as capital provides a loss absorbing cushion for banks in times of financial stress.

Against this backdrop we have the as yet unknown impact changes at the top of the RBNZ hierarchy could have on the capital review. So watch this space.

There is such a lot of mumbo-jumbo and spurious precision surrounding the whole risk weighting procedure. It is junk of the highest order, and solely serves to give cover to banks by giving the appearance they know what they are doing. It is worse when banks can fool around with the weightings by their internal models approach. None of this malarkey should give any confidence to depositors, particularly as applied to lending on houses.

Depositors have a choice, accept or invest elsewhere, ie they are not forced to underwrite this risk if its un-palatable.

There is no money to transfer beyond the circulating note and coin float amounting to ~$5.919 billion from ~$410.00 billion of banks' assets offset by digital bank ledger deposits, which cannot be retrieved. Just for reference the latest RBNZ S10 banks: balance sheet data records total note and coin assets at $782 million.

“But the eurodollar market was also unique in that it relied heavily on interbank transfers for liquidity flow. As an interbank market, each individual participant would be free from the encumbrance of maintaining a large stock of liquid currency because the liability counterparties operating here were also banks that disfavored currency. Unlike banking regimes that were traditionally funded on deposits of real persons, this interbank market had little need for currency since each of the interbank counterparties were better served with just changes to accounts. That ultimately meant that transfers inside the eurodollar market were nothing more than bookkeeper entries on balance sheet ledgers rather than the actual transference of physical currency (let alone gold). It also meant that these ‘dollars’ were themselves intangible bookkeeping entries far removed from anything resembling legal tender.” Read more

You are implying that depositors should "form a view" on whether the credit strength of a financial institution is sufficient to justify the deposit rate on offer? And how would they DD that? I think everyone's entitled to rely on the regulatory scheme to ensure that institutions taking desposits are unquestionably strong. Depositors should be entitled to assume that.

The RBNZ expects that depositors do exactly that, form of view of the credit strength of their chosen bank. While we should be entitled to rely on the regulatory regime, the reality is that such reliance is a risky choice, and the RBNZ has warned us that depositors should expect to be thrown under the OBR bus if their bank fails.

It should be the basic function of the regulatory scheme that it provides a minimum level of comfort to depositors that the institutions falling within a regulated category such as a bank are adequately capitalised. I would not DD the capital adequacy status of my bank any more I would my insurer. RBNZ is not saying to people "please DD the capital adequacy of westpac before you open an account with them". It is saying to them you as depositor take the residual risk of the regulated capital requirements being inadequate (ie there is no deposit insurance), but surely the basic function of a regulator is to set capital adequacy requirements that meet the "unquestionably strong" standard and then monitor banks compliance with them. There is simply no way that capital adequacy of banks can be policed by a market mechanism and depositor conduct, as no ordinary depositor is even remotely capable of forming a view on the issue.

What "should be" and what "is" are two different things. Here is what the RBNZ said in 2016 on market discipline:

“Market discipline is about the way in which market participants influence a financial institution’s behaviour through their monitoring of its risk profile and financial position. Anybody providing funds to a financial institution in whatever form is an investor, from depositors to professional investors in more sophisticated debt instruments. Investors can exercise market discipline through the price they charge financial institutions for supplying them with funds, or withdrawing their funding, especially in the case of depositors. If one institution’s risk profile is such that it carries greater risk than another, ceteris paribus, economic theory suggests that investors should charge a higher interest rate to that first institution.”

Investors can exercise market discipline through the price they charge financial institutions for supplying them with funds, or withdrawing their funding, especially in the case of depositors [my emphasis]

Absolutely right and this point was made by no less than Mervyn King in his book Alchemy, Money,Banking and the Future of the Global Economy. He writes at one point; "Risk weights derived from statistical studies of the past moreover,proved highly misleading in the crisis." Again, "it is extremely difficult, if not impossible,to judge how the riskiness of different assets will change in the future. The appropriate risk weights can change abruptly and suddenly,especially in a crisis and are an example of radical uncertainty,not risk,despite the words used by regulators". Finally; "A BOE study found that a simple leverage ratio was better at predicting which banks would fail than the more sophistcated risk-weighted measures of capital".

Are they being overly cautiuos , overly conservative or do they know something we dont about the economic outlook and risks?

The RB sets the ratios I think, otherwise the banks would probably have somewhat less.

Why are the banks are not happy with this wet bus ticket approach??