Judge rules Harmoney's platform fee is a credit fee, doesn't accept the 'relative novelty of peer-to-peer lending should preclude the usual application of the CCCFA'

Judge rules Harmoney's platform fee is a credit fee, doesn't accept the 'relative novelty of peer-to-peer lending should preclude the usual application of the CCCFA' 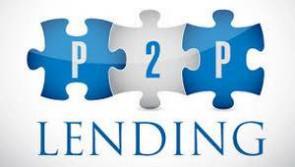 The Commerce Commission is "very pleased" with a High Court ruling that peer-to-peer (P2P) lender Harmoney's platform fee is a credit fee, with the consumer watchdog to now seek court orders to compensate affected borrowers.

Late on Friday Justice Patricia Courtney issued her judgment following last October's hearing. She ruled that Harmoney's platform fee is a credit fee as defined in Section 5 of the Credit Contracts and Consumer Finance Act (CCCFA).

The proceeding, brought by the Commerce Commission, is a case stated to establish whether the platform fee is a credit fee.

"We are very pleased with the judgment. We are studying the implications of it and considering next steps," a Commerce Commission spokeswoman told interest.co.nz over the weekend.

On Monday the spokeswoman added that the implications of Justice Courtney's findings are that Harmoney’s fees cannot be unreasonable under the CCCFA and must only recover transaction-specific costs.

"Justice Courtney’s opinion aligns with the Commission’s views about how the CCCFA applies to Harmoney and to the platform fee. Our separate civil proceedings against Harmoney over the reasonableness of its platform fee were stayed pending the High Court’s decision. In those proceedings we are seeking a declaration that the companies have breached the CCCFA by charging unreasonable fees as well as orders to compensate affected borrowers. Those proceedings can recommence now that the High Court has released its decision. As the case is before the Court, the Commission cannot comment further at this time."

Harmoney founder and co-CEO Neil Roberts said; "Harmoney and our advisers received the judgement very late Friday as well. We will take our time and care prior to making any formal comment. I would add that Harmoney is pleased that there is an answer to the questions asked by the [Commerce] Commission as part of their case stated procedure."

If the Commerce Commission is successful in seeking compensation for borrowers, this could see borrowers who paid the fee in the period in which it's deemed unreasonable, apply to have some money refunded.

As Justice Courtney put it, Harmoney charges borrowers a fee, known as the platform fee, to arrange loans. The Commerce Commission argued this fee is a credit fee under the CCCFA and therefore subject to the requirement that it not be unreasonable, which means it must only cover the lender’s transaction specific costs. Harmoney argued the platform fee is akin to a brokerage fee and is not captured by the CCCFA.

"In my view, because the Platform Fee must be paid 'for arranging each loan' and out of the monies advanced under the Loan Contract, there is a sufficient relationship or connection between the fee and the credit contract to say that the fee is payable in connection with the credit contract," Justice Courtney says.

"It provides a nominal creditor - HITL - to hold the loans as a bare trustee for investors, It does so by delegating that task to HITL, with whom investors contract, unaware of Harmoney's role. Harmoney also undertakes the full administration of the loans and does so by authorising HITL to contract with investors on the basis that HITL will engage Harmoney to undertake the work. The investors believe they are contracting with HITL, in fact, Harmoney is an undisclosed principal to the contact," says Justice Courtney.

"I do not accept Harmoney's submission that the relative novelty of peer-to-peer lending should preclude the usual application of the CCCFA."

Licensed by the Financial Markets Authority under the Financial Markets Conduct Act to operate an online P2P lending platform that matches borrowers with investors, Harmoney went live in September 2014 as New Zealand's first licensed P2P lender. As of Saturday, Harmoney's website said it has matched borrowers and lenders for unsecured personal loans totalling $750 million. About 75% of the funding comes from the Heartland and TSB banks plus institutional investors, although there are also retail investors, who lend money to Harmoney's borrowers.

After Harmoney's launch it emerged that the Commerce Commission had concerns with fees being charged to those who borrow through the company's website. Against this backdrop Harmoney quietly made changes in December 2015. The platform fee had ranged from between 2% and 6% of the loan amount, based on the loan's risk grade. In late 2015 it was changed to a one-off fee of $375, which was subsequently increased to $500, and recently reduced to $450, and is added to the loan amount approved.

In the High Court hearing last year, Harmoney argued the loan contract, not the borrower agreement, is the credit contract. It also argued trustee HITL is the creditor rather than Harmoney, and its platform fee isn't a credit fee.

"Harmoney submits that on any objective reading of the documents before the court, Harmoney is a peer-to-peer lending service provider and not a creditor as defined in the Credit Contracts and Consumer Finance Act 2003. It does not provide any funding for the loans at issue. It does not receive interest. It is not a principal to the loan contract. The borrower agreement is not a contract under which credit is advanced; it is an agreement under which the website based peer-to-peer service is provided," Harmoney argued.

Harmoney argued that whilst the CCCFA pre-dated P2P lending, it does recognise a distinction between a creditor and a broker.

"Harmoney submits that its role as a licensed intermediary is broadly comparable to a broker or a paid adviser that assists the borrowers' to obtain credit. The CCCFA recognises this as a legally distinct service from the provision of credit. The CCCFA has not specified that the broker's fee is a credit fee subject to the fees provisions in the Act. A broker is able to charge a fee which includes profit, and there is no reason under the CCCFA why Harmoney cannot also charge such a fee for its services," Harmoney said.

"The key question before the court is whether Harmoney is a creditor as defined under the CCCFA. Harmoney submits that it is not a creditor; it is a peer-to-peer lending service provider. Harmoney is licensed to act as an intermediary to a debt security, i.e. a loan, between a lender and a borrower. This is fundamentally different from operating as a lender,: Harmoney argued in court last October.

IMHO, Harmoney became less attractive for lenders quite some time ago. I'm letting my loan portfolio pay itself off and not re-investing principal and interest. Lending in the first 12-24 months was fun and with great ROI.