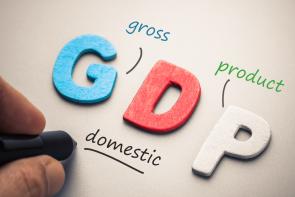 Figures due out next week are widely expected to show New Zealand's annual economic growth rate dipping below 3% for the first time since late 2014.

The GDP figures for the December 2018 quarter due to be released by Statistics New Zealand next Thursday (March 21) are likely to disappoint the Reserve Bank, which was forecasting a quarterly growth figure of 0.8%.

A fairly mixed range of outcomes from various component parts of the GDP figures appears to have led to a fairly diverse view among economists of where the final GDP figures may come out.

Westpac economists have a fairly downbeat view of the likely result, forecasting just 0.3%, which if it was the outcome would drag the GDP figure for calendar year 2018 to just 2.7%, down from 3.1% in full-year 2017 and the peak in this economic cycle of 3.9% in calendar year 2016.

"Our forecast of GDP growth looks to be at the low end of the range of market forecasts, and is substantially less than the 0.8% rise that the Reserve Bank forecast in its February Monetary Policy Statement (which we noted at the time was too optimistic)," Westpac senior economist Michael Gordon said.

"The next Official Cash Rate review on 27 March, shortly after the GDP figures, will have to acknowledge that the balance of developments since February has been to the downside."

Gordon said, however, that while economic growth slowed by more than Westpac expected over the second half of 2018, "we’re still of the view that momentum will pick up over 2019, supported by higher government spending, a strong pipeline of construction work, and a lift in labour incomes".

"It’s also worth highlighting that while both New Zealand and Australia recorded similarly weak growth figures over the second half of last year, the reasons for their respective slowdown are quite different. Falling house prices in Australia have weighed on household spending and homebuilding, and could have a prolonged impact on activity. In contrast, retailing and construction were the star performers of the New Zealand economy in the December quarter, and we see scope for further growth over this year."

"This is a downgrade from the 0.7% we were sitting with at this time last week, the consequence of last week’s GDP “partials” proving a bit patchy.

"Sure, there was upbeat news on building activity. However, wholesaling was flat in the December quarter, and manufacturing output appears to have contracted a bit."

Ebert said 0.5% growth would "obviously" be lower than the RBNZ's 0.8% estimate and  this would "not be a good look in the current climate".

"While this is possible, it is set for disappointment too, in our view."

ANZ chief economist Sharon Zollner and economist Miles Workman said they expect the economy grew "moderately" in in the fourth quarter of 2018, following a 0.3% lift in the third quarter.

"Economic momentum has softened, though domestic demand is being supported by elevated (but likely easing) net migration inflows and healthy household incomes (on the back of the tight labour market, Families Package, low interest rates, and recent retracement in oil prices)," they said.

"Beyond Q4 and looking through the quarterly volatility, we see economic growth travelling around 0.6% q/q over the next year or so – a decent step down from 0.8% on average over the past three years.

"And in this environment, we think inflationary pressures will lack the oomph required to maintain core inflation close to the RBNZ’s 2% target midpoint, with capacity pressures expected to wane."

In terms of the detail of next week’s release, Zollner and Workman also stressed that key partial GDP indicators released recently have provided a "mixed steer".

"The Retail Trade Survey contained a decent rebound in core spending (+2.0% q/q) and the volume of building work put in place came in above expectations. But on the other hand, the Economic Survey of Manufacturing showed ex-primary manufacturing contracted, and the Wholesale Trade Survey was on the weaker side."

They said that services industries make up almost 70% of the economy. "So it’s no wonder that a 0.6% q/q rise here is expected to make the largest contribution to quarterly growth (0.4%pts)."

Westpac's Gordon said the Westpac economists believe that some of the recent slowdown in GDP growth is "genuine", but for the December quarter this is likely to be exacerbated by some temporary factors, particularly disruptions in the energy sector that they believe will collectively knock between 0.1% and 0.2% off growth for the December quarter.

You can put the blame squarely on this herd of cats masquerading as our Government .

That can't be right as a cat owner I can assure you cats are not toothless and catch plenty of lizards and rats. This govt (and National Party) are toothless. Their CGT and welfare policies are so toothless they will not catch a single lizard person or welfare rat.

Yes and no.
Some of the government's policies are quite stimulatory. I work in the property development sector and Kiwibuild is having quite a positive effect. I'm working on a number of developments that probably wouldn't have been progressing if it wasn't for KB underwriting.

Shhh! The narrative is that KiwiBuild is a failure and that Phil Twyford is incompetent and needs to be replaced!

Ha ha
Kiwibuild IS underperforming.
BUT it's going in the right direction and anyone who is not politically biased and knows anything about the develioment sector knows it's having some really positive impacts.

The govt is going to end up selling these at a huge loss, or converting them to state houses, but they will (probably) be the wrong mix of houses in the wrong locations.

I can't speak for those locations. I think it's working well in Auckland.

Those are Auckland.. Perhaps you can name some Auckland kiwibuild sites that aren't poorly located and overpriced. I'll give you that the 1 and 2 bedroom apartments in the Onehunga development sold okay.. but what else?

I am working on several well located projects in Auckland that have a large proportion of KB. However they are confidential at present. You will see plenty being made public later this year.

I guess we'll find out in 3 or so years when they are built.. either they sell to KB buyers (assumming KB still exists).. or the govt writes cheques for them.

Why are these a secret Fritz? Shouldn't PT be crowing about them?

Because the contracts won't have been finalised yet.

Which is precisely why all this talk of KiwiBuild being a failure is premature. It's taken longer to ramp up than expected, by that's what happens when you have a government trying to do something that hasn't been done in 50 years. If National actually had any plans that helped with housing construction then I'm sure it could have ramped up faster.

But no supposedly Labour should have done more in their 9 years of opposition....

They are 520 odd days into their term.. how long do these contract negotiations take? 6 months would seem reasonable to me.

Sure, I'm not an expert in contract negotiations for housing but I suppose 6 months might seem reasonable? But not from the date they're elected, I'm not sure how much policy implementation opposition parties can do in the background for a smooth transition for IF they're elected.

So, ignoring the Welcome Home loans and Home Start grants that paid out more for new builds, what you're actually saying is "If National had any plans that removed all risk from developers and had the government effectively underwrite a guaranteed price, that would have helped".

Exactly. But evidently some people have no idea how these things work.

I am talking Auckland 'proper', not the outskirts. And Te Kauwhata ain't Akld.

Or...you know, maybe read all the articles that keep popping up here on the macroeconomic climate across the world today.

What a load of crap. Globally growth is slowing. Immigration into NZ is dropping. These two factors will be impacting GDP more than the factors you mention.

No. Figures released today show immigration into NZ has increased in last year. Another Coalition fail.

May also put a crimp in Tax Revenues....

I am pleasantly surprised that the economy is doing as well as it is. I was expecting recession by now this time last year. Still the direction trends aren't good, and the Coalition needs to be a lot more friendly to business (the ultimate bill payers of our economy) if they don't want to lose the 2020 election.

This supply side narrative has been economically corrosive since the 1980's. The consumers employ the businesses, they are equally and literally the "bill payers" of our economy. Money flows in a circle. All parts need to be equally lubricated.

Sectoral balance approach favoured by MMT (G-T)= (S-I) -(X-M) would point out that given the government's ideologically driven parsimonious surpluses and a current account deficit that is roughly stable (no German or Norwegian external trade surplus to save the day), the only way to sustain spending and grow is to increase private debt levels. That is a limited strategy as households aren't going to go much further into debt. Hence lower growth and perhaps recession eventually. In a country like NZ it is probably better if government runs sensible sustained deficits rather than keeping us on this stagnant trajectory of relying on "letting them eat credit". In this climate of insecure employment with no pay rises essentially and high housing debt I am certainly not going to rush out and borrow money to pay for a new kitchen renovation or skiing holiday to Queenstown! I am going to pay down debt and constrain consumption to the necessities. So the government's growth strategy will fail. Businesses are not going rush out and invest a lot when people like me aren't spending. Even with low interest rates. Now if the government launched a programme of tax cuts for low to middle income families and some sensible public spending like say free school lunches or free childcare that would free up household income to spend and repair balance sheets.

3% is incredibly low for a country where the population is growing this fast. Will we reach "per capita recession" like the Aussies?