Government avoids drawing attention to itself, as it invites oil/gas explorers to onshore Taranaki after banning new offshore exploration

Business
Government avoids drawing attention to itself, as it invites oil/gas explorers to onshore Taranaki after banning new offshore exploration 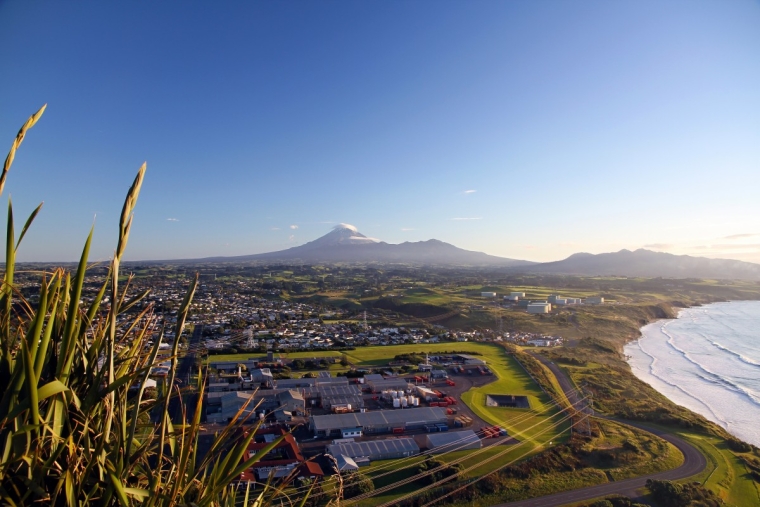 The Government has quietly released its annual oil and gas exploration tender, ditching the previous government’s approach to market it to the public as a great investment opportunity.

While it sent out a media release, Energy and Resources Minister Megan Woods didn't. Her National Party predecessors were known to enthusiastically launch these tenders at oil and gas conferences, attended by delegates from around the world.

The release of Block Offer 2018 was delayed by a year due to the Government deciding to no longer issue offshore permits and restrict new exploration to onshore Taranaki for three years.

While it announced this decision in April last year – around the same time it was expected to launch Block Offer 2018 – it couldn’t apply its policy to this tender without risking legal action being taken out against it.

It therefore moved quickly to amend the Crown Minerals Act, which had previously been enacted to “promote prospecting for, exploration for, and mining of Crown owned minerals for the benefit of New Zealand”.

Woods introduced a Bill to make the changes on September 24, gave the public two weeks to make submissions on it, and then passed it with few amendments on November 7. Parliament's Environment Select Committee received 2,249 submissions on the Bill.

Woodward Partners energy analyst John Kidd at the time accused the Government of using Block Offer 2018 as an excuse to pass an important piece of legislation without it being properly scrutinised.

He said the Government would be better off skipping Block Offer 2018, because all the uncertainty created by the law change made it so unpalatable it was effectively redundant.

The Green Party, among others, is also up in arms over Woods allowing existing permit holders, like OMV, to extent the conditions of their permits to give them more time to decide whether or not to drill.

In addition to excluding offshore acreage, the amended Crown Minerals Act requires those who receive permits under Block Offer 2018 to “engage with iwi and hapū on an ongoing basis and in a positive, fair and constructive manner”.

It places specific requirements on permit holders that want to work within 200 metres of areas significant to iwi.

In a major move, Shell in March 2018 (some weeks before the Government announced its new offshore exploration ban) also agreed to sell all its New Zealand assets to OMV for US$578 million (NZ$794 million).

However MBIE documents show it expected to see a pick-up in investment activity globally in 2018, as firms were confident in a sustained oil price lift. It received suggestions from 11 companies on which areas to open up for exploration in Block Offer 2018 – more than the prior three years.

Woods will speak at a New Zealand Wind Energy Association conference in Wellington on Wednesday. She has also arranged for movie director James Cameron to be a keynote speaker at a "Just Transitions" conference the Government's co-hosting with New Plymouth District Council next month.

Here's a map showing the acreage available in Block Offer 2018: 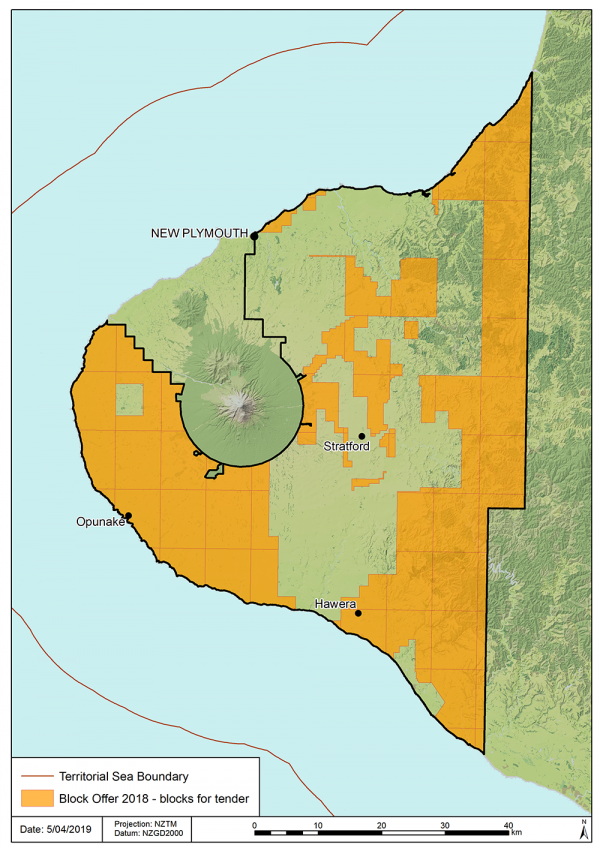 Why is New Zealand significantly poorer than Canada and Australia?

Could do better, if we tried harder. Top of class are places with stable rule of law and good government and environmental regulation but pro mining. Places just like us, except they value the the high paying jobs in the regions that mining provides. We prefer to keep our regions poor, so the residents will make beds and serve drinks for more affluent and sophisticated visitors from the city.

So after all the yelling, the screaming, the hashtags, the slams, and the take-downs, the government and its commissars have quietly admitted that banning oil and gas exploration was a mistake. It was what I, and many others, thought a media stunt for the PM when she went on her grand tour. While I support the change it does show what is becoming painfully obvious that the PM is economic illiterate.

No - the Government is not admitting this at all. It was always only going to ban new OFFSHORE exploration and phase out ONSHORE exploration. The interesting thing is that it has tried not to draw attention to the fact it is still issuing ONSHORE permits. This was always the plan. It's just that neither the greenies nor the pro oil and gas folk are that happy with this.

Jenee, I have to disagree with that assessment of yours. Also, I understand the difference between onshore and offshore so no need to shout at me on that. However, this government made it clear that the ban was part of the so called transition to a non-carbon economy and a phasing out of the oil and gas industry altogether. Hence, the "Just Transition" conference that is coming up. I don't think it is right to say that this all part of the plan as we see the delays and the quietness of the matter. I think we have to admit that there is no plan.

NoFax - what I am trying to say is the fact the Govt is tendering for onshore exploration doesn't reflect any sort of change of its position. A year ago it said it was going to do this.

Its motives behind not promoting Block Offer 2018 are anyone's guess, and as you say, could reflect it admitting it made the wrong decision. I think it believes it made the right decision and just wants to avoid receiving flak by drawing attention to the Offer.

Whether it has a plan more generally around how we should transition to a low carbon economy is an issue I haven't addressed directly in this article. But as per opinion pieces I have written on this in the past, I do not believe it has a good enough plan and do not believe a ban is the right way to transition.

"Its motives behind not promoting Block Offer 2018 are anyone's guess" - I am putting forward a opinion on that motive. I think to say that this was always the plan is not 100% true. I think this government, or sections within it, always wanted to ban oil and gas and the allowing onshore was always a temporary concession that it probably thought it would put a stop to quickly. However, facts have overtaken their dreams.

'The interesting thing is that it has tried not to draw attention to the fact' - ie, attempted to slip this past the punters, hoping they wouldn't notice.

Ardern when elected ....... 'committed to be the most open, most transparent Government that New Zealand has ever had'

NoFax. Hooten recently posited that Ardern's inability to foot it in a debate on CGT was a significant contributor to her decision to abandon the project and after watching her struggle in parliament to articulate some basic detail on CGT under questioning, I suspect he may be on the money. Her confusion on the distinction between GDP and crown accounts is another indicator that she is an economic lightweight.

Perhaps her inability to debate CGT fully was a tacit recognition that the concept of a jealousy tax was fundamentally flawed?

murray86. The concept of a CGT is not 'fundamentally flawed' - if the central consideration is solely some social progressive concept of 'fairness'. Don't need to define this concept because who would disagree with things being fairer. CGT was going to be a nuclear delivery moment but but that'll have to wait now for the wellbeing budget. We all want more wellbeing, after all.

I agree that we want and have argued for a fairer society. But the CGT as presented here was nothing more than a jealousy tax. as another article on the site indicates there always were ways for the government to tax REALISED captial gains. It's just that the IRD did not pursue them. This in part may have been because the rules were actually somewhat flawed, but it would have been a lot easier and much more productive to correct the existing rules than to drive for new, ideologically driven ones that would never fly.

Middleman - I think you are dead on there. In regards to the CGT being fair, she could not articulate why the particular CGT proposed achieved her stated objectives. Merely saying a CGT is fair is not explaining how this CGT would achieve it. I suspect she did not actually know. I have said before she is a one-trick pony and she got to use here strengths post Christchurch shootings. However, she is woefully inadequate elsewhere. I have a sinking feeling that the well-being budget will just be PR spin.

NoFax. I'm not aware of a clever fact based argument she has successfully advanced on an economic or social science issue. Plenty of superficially good sounding pronouncements on selected non risky and socially current matters of the day, and no doubt she is highly capable in the empathic department, but in the real political kill zone she is missing in action.

The jury is out on whether GDP vs some other concept as the goal is superior in terms of delivering higher living standards. While GDP has some shortcomings, the close correlation between wellbeing and higher GDP is well established. Placing greater emphasis on more abstract social justice outcomes risks misdirection of resources.

The motive is clear: instead of going into Election 2020 in Taranaki with the slogan 'Gubmint to Taranaki - Just Die Quietly, Why Don'cha?', the brains trust has realised that some sort of olive branch has to be waved at 'Naki voters.

It amazes me that commentators still don't get it. And I include the protesters in that.

Our global economy is so far down the EROEI track, that no extraction off NZ shores will ever take place. We crash first. Why do so many not get this? We borrow always from the future, meaning the future has to contain ever more energy. The problem is that the energy we are getting, is reducing in EROEI, and at the same time our current collection of infrastructure is demanding more energy just to maintain. We already can't service the currently-held debt, so how we last long enough to put up a business-case for offshore FF at the arse-end of the planet, beats me. The oil co's have to convince their banks that even further into the future, someone can make enough with the energy, to pay them back. It's a little like insurance co's withdrawing from the coast - banks will withdraw from a no-starter business model.

Meanwhile, comments hereabouts are at the level of advocating turning one-off mineral deposits into digital '1's and '0's. Or at disparaging this ot that politician. Sigh