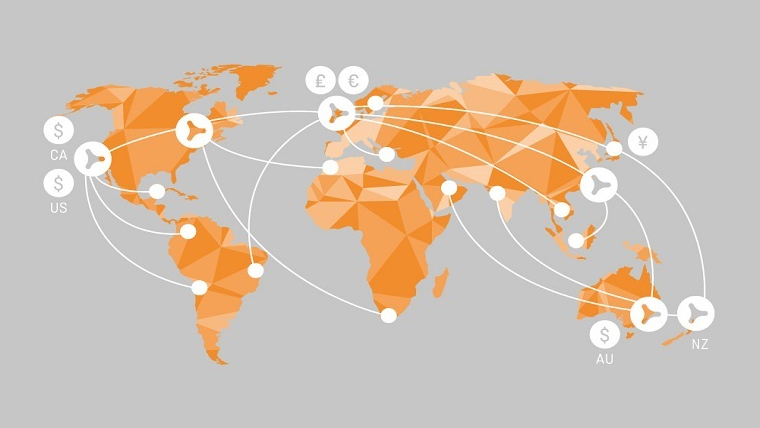 A shift to the political right has had considerable impact on world trade in the past few years, as President Trump spectacularly has shown with his decisions to pick trade wars with China, Canada, Mexico and Europe, although the latter to a lesser extent.

President Trump pulled out of the Trans-Pacific Partnership with Japan and replaced the North American Free Trade Agreement with Mexico and Canada with the US-Mexico-Canada Agreement.

He has also threatened to impose tariffs on imports of cars from Europe. With Germany’s economy slowing considerably at present, this could be a major blow if enacted.

Currencies reacting to the global slowdown

No economy works in isolation, and a country’s currency is also intrinsically linked not only with its own economic performance, but also the performance of the currency you are paired with.

The traditional safe haven currencies – the US dollar, the yen and the Swiss franc – will usually benefit from uncertainty as companies and individuals look to reduce their exposure to currencies that are more likely to be affected by specific changes. For example, the Australian dollar in particular is heavily influenced by what is happening in China because it is such a big trading partner. That is why there has been a fall in the Australian economy and weakening of the Australian dollar as a result. Instead, the focus for businesses and investors in the region has been the yen, which has strengthened considerably, as they look to secure their funds where the impact of any downside is less likely to hit.

Sebastian Schinkel, Global Treasury Manager at OFX, said: “This is partly explained by the Japanese economy being quite insular. It is not affected as deeply by the difficulties of the trade war, and ticks along quite nicely. “The other safe haven currency is the Swiss franc. Since the start of May, that has strengthened by 6% against the pound. This is down to the slow pull away from the pound as a result of Brexit uncertainty, and the leadership debate for the Conservative party in the UK.”

Is a weakening currency bad?

If the currency you are buying goods or services in weakens, then what you buy from another country becomes more expensive which is bad for business. But it does mean your exports become cheaper, which can boost your ability to sell overseas. So, while there are pros and cons, you should look to make the most of any currency movements for or against you.

An end to the China-US trade war would give much greater relief and stability to the currency markets and the world economy overall, but that does not seem imminent.

Trump’s move initially to impose tariffs on steel and aluminium imports – under the guise of protecting national security – kicked off what has become one of the biggest threats to the global economy. The ramifications of these decisions, and the reluctance to resolve issues specifically with China, the world’s second-largest economy, continues to weigh heavily on world performance.

These decisions and the uncertainty created as a result, are now causing real pain. Australia’s economic performance is slowing partly as a result of China’s slowdown. The US economy itself is starting to react to the pressure that the country’s own President is exerting on others. Rarely could the phrase “for every action, there is a reaction” be more aptly applied.

The US Federal Reserve, which raised interest rates in December last year to sit in a range of 2.25% to 2.5% at a time of comparative economic strength, is now talking about the possible need to implement rate cuts to try to revive the flagging US economy. One of the biggest threats outlined by Jerome Powell, Head of the Federal Reserve, was trade friction and the worldwide slowing of growth. Both are largely precipitated by President Trump’s protectionism.

However, there is more to it than that, and this is certainly not just about the US and China. The Brexit question still has not been resolved and uncertainty over the trade terms between the UK and Europe once Brexit is enacted does little to salve the difficulties economies are feeling.

Could Britain still leave the EU without a deal?

Talk of Britain leaving the EU without a deal has been revived by Boris Johnson, the newly appointed Conservative Party leader and UK Prime Minister. Even though many of his Conservative colleagues have condemned this strategy, whether he goes through with it on 31 October, remains to be seen.

There appears to be some disconnect between what can happen between Britain and the EU and what the politicians are saying, although this is nothing new. The idea that the UK can leave without a deal and then negotiate terms once it is in a ‘transition period’ has been mooted by Johnson. But the EU is clear – no deal, no transition period. So, such an action would mean falling out of the EU and trading on World Trade Organisation terms, which are much less favourable than the terms Britain and the EU currently enjoy.

A shift to the right in Europe

Britain is not alone in pushing for Europe to change. Right-wing governments have been elected in Austria and Germany’s political landscape is heading further to the right as well. There has been a resurgence in the popularity of Marine Le Pen’s National Rally in France, which managed to take a majority in the recent European elections, while Nigel Farage’s Brexit Party took a majority in the same elections for the UK. As each populist movement takes hold, so the barriers to frictionless trade start to go up, and the tendency towards protectionism becomes more entrenched.

Does this mean the future of world trade is at real risk? No, definitely not for the long term. Countries worldwide have been trading with each other for hundreds of years, and what is currently happening – while concerning in the short term – will not derail that. Technology is a major driving force behind trade, and as reported by Dominic Frisby in our report with MoneyWeek “The Future of Global Trade”, technological advances have created a greater level of interdependence between nations that simply did not exist previously.

In fact, Dominic Frisby believes these technological advances in transportation are the precursor to a global economic boom, as goods will soon be able to move around the world at a faster rate, and more efficiently. The internet and the ability to buy goods and services worldwide will continue to have the greatest impact. That, along with the ability for faster movement of goods across continents, should outweigh any potential difficulties with trade tariffs or protectionist strategies.

There is currently one fly in the ointment, and that is the rising tension between the US and Iran over the attacks on oil tankers in the Strait of Hormuz and the downing of a US reconnaissance drone in the area. At the time of writing, Brian Hook, the US special envoy for Iran has urged international governments to call on Iran to de-escalate the crisis.

He told journalists in Kuwait City: “The Iranian regime is a threat to freedom of navigation and all nations of the world share an interest in the free flow of commerce and there is much work to be done together.”

What happens next in this crisis will have an impact on commerce generally, but especially world oil prices. The US is clear it does not want a war with Iran but increasing its sanctions could ultimately lead to one if Iran fails to respond to negotiation.

We will have to wait and see how the situation plays out in the coming days and weeks to know exactly what any impact will be.