Sweden’s Riksbank to decide whether to start issuing an 'ekrona' within two years, deputy governor says

Sweden’s Riksbank to decide whether to start issuing an 'ekrona' within two years, deputy governor says 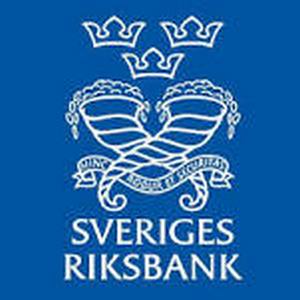 Speaking to The Financial Times ahead of a speech overnight, Deputy Governor Cecilia Skingsley said Riksbank will decide whether to start issuing an "ekrona" within two years.

“This is as revolutionary as the paper note 300 years ago. What does it mean for monetary policy and financial stability? How do we design this: a rechargeable card, an app or another way?” Skingsley told the FT.

Although the Swedish krona is the world's ninth most traded currency, Sweden has seen a huge fall in the use of cash with the volume of notes and coins in circulation down 40% since 2009. Skingsley told the FT doing nothing was not an option.

Like other central banks, the Riksbank currently provides electronic money through accounts to banks and clearing organisations. But, according to the FT, it only provides central bank money to individuals through notes and coins.

“We need to do the homework because it’s not an option for the public sector to stay on the sidelines and see the private sector cut off access to central bank money for individuals,” Skingsley said.

Nonetheless the FT said she emphasized the Riksbank sees a digital currency as complementary to notes and coins, rather than as a replacement.

Among many questions for the Swedish central bank to answer about how a digital currency might work are those around financial stability. Skingsley told the FT she was concerned that in times of financial instability people might transfer money to a state-backed electronic system, potentially increasing instability in the banking system.

Skingsley talks about the Riksbank's plans in the video below.

Here's the full speech, accompanying slides, and below is a press release issued by the Riksbank.

“Will we have e-krona in an e-wallet in the future, as naturally as we now have a wallet with cash in it? The less those of us living in Sweden use banknotes and coins, the clearer it becomes that the Riksbank needs to investigate whether we should issue electronic money as a complement to the money we have today.” This was the message from Deputy Governor Cecilia Skingsley, speaking at FinTech Stockholm on Wednesday.

Today almost everyone has access to the internet via computers, smartphones and tablets and the conditions are therefore good for launching more electronic forms of payment. "If the market can make use of the new technology to launch new and popular payment services, why shouldn't the Riksbank be able to do the same?" continues Ms Skingsley.

Moreover, there may be a need among the general public and companies to have access to money issued by the central bank, that is the Riksbank, in a future where cash is used less than it is today. "Even those living in Sweden who do not want to, may not or cannot have access to the banks' services should be able to manage their payments," said Ms Skingsley.

She pointed out that the Riksbank has not taken a decision on issuing e-krona. First, the Riksbank needs to investigate a number of technical, legal and practical issues. "The declining use of cash in Sweden means that this is more of a burning issue for us than for most other central banks. Although it may appear simple at first glance to issue e-krona, this is something entirely new for a central bank and there is no precedent to follow," said Ms Skingsley.

She also emphasised that if the Riksbank chooses to issue e-krona, it is not to replace cash, but to act as complement to it. "The Riksbank will continue issuing banknotes and coins as long as there is demand for them in society. It is our statutory duty and we will of course continue to live up to it," concluded Ms Skingsley.

“We need to do the homework because it’s not an option for the public sector to stay on the sidelines and see the private sector cut off access to central bank money for individuals,” Skingsley said.

Why on earth would you ever want a Central Bank to be lending ( or giving )directly to the private sector.
Completely undermines the reasons for a Central Banks existence, in the first place..
there is no way , in the wide blue world, that a boardroom of Central Bankers could make the wise decisions required to be prudent holders of such power..!!

Since we already have money in electronic form.... The only reason that a Country might want 100% electronic money would be to "control things "...
In a more philosophical sense... giving a Central Bank such power and control, ( and a Govt ).... is not a good thing.
It would mean that every single aspect of our economic life will be watched.... ( and with that the possibly of being controlled).... and for me that is a scary thing... really scary..
I dont have a natural trust of ...."Bureaucracy. "..

END_OF_DOCUMENT_TOKEN_TO_BE_REPLACED

Roger J Kerr "A test of our reputation"