Insurance
Tower gets ahead of regulatory curve by committing to taking a more consumer-friendly approach towards disclosure; IAG begs the Government not to make it go this far 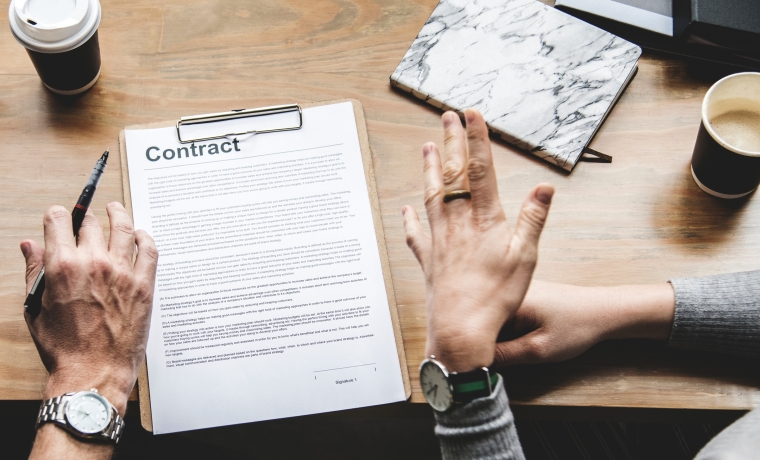 Tower is going all out, committing to introducing a key consumer protection that’s at the upper end of what the Government’s proposing to implement through a law change.

The New Zealand insurance company wants to ensure that provided customers accurately answer all the questions it asks; they won’t have their claims declined on the basis of non-disclosure.

Under the current law, an insurance contract can be cancelled if an insured doesn’t tell their insurer information that would influence its judgement in weighing up their risk, writing and pricing a policy.

After decades of lobbying by the likes of the Law Commission and Insurance and Financial Services Ombudsman, the Government in March last year began a review of this law. In April it released a discussion document proposing ways to remove some of the burden from consumers when they engage with insurers.

It hasn’t decided on which route it will take, but Tower is committing to changing its approach in line with one of the options put on the table.

It essentially wants to use the same model the UK does, whereby the duty of disclosure is limited to the questions asked. So rather than trying to guess what the insurer needs to know about them, consumers simply have to answer all the questions they’re asked accurately.

Tower CEO Richard Harding said: “All customers will have to do is answer the questions we ask truthfully.

"We’re doing this because we trust our customers to be honest with us, and in turn they can trust that we’ll pay their claim. It’s about giving our customers certainty."

Harding said the catch-all, “is there anything else you would like to tell us?” sorts of questions would be removed from Tower’s “systems, processes and policies” by the end of the year.

He also said that Tower’s new approach would see it ask customers a “small series” of additional questions.

Tower said it was still working through the details around what these questions would be, and whether it would include a clause in its policies specifically saying something along the lines of the insured’s duty of disclosure being limited to the questions asked by Tower.

Keegan Alexander partner Crossley Gates said including such a clause was essential, as otherwise the existing law would still apply.

Indeed, AA Insurance said it “would not void a policy based on a question or an update that we have not specifically asked the customer”.

Yet without any clauses in its policy documents clarifying this, it can’t be guaranteed.

IAG also noted it had removed catch-all questions from its consumer AMI and State brands.

IAG, in its submission to the insurance contracts law review, said it preferred the Australian approach to disclosure whereby the duty lies with the insured to disclose what a “reasonable person” (rather than a “prudent underwriter” as is currently the case) would know to be relevant.

It said that the Government made an “unfounded presumption” that customers didn’t understand what they needed to disclose.

Based on the fact that in the year to May 2018 it only referred one in 200 claims to its specialist team to do a “prudent underwriter test” over concerns of potential non-disclosure, at which point much of the missing information was deemed immaterial anyway, it believed the “vast majority” of consumers understood what their obligations were.

“It would be extremely concerning if a regulatory solution was designed to cover for the 1 in 20,000, at the expense of the certainty and predictability of the entire insurance industry,” it said.

MinterEllisonRuddWatts partner Andrew Horne favoured the UK model over the Australian one because it was clearer.

He said consumers should perhaps expect to have to answer more questions at underwriting, yet made the point this could give insurers the opportunity to more finely tune their pricing. This is part of Youi’s business model for example.

Tower has recently highlighted its focus on being more selective over the risk it takes on to bring it back into profitability.

In the first half of the 2019 financial year it paid less in claims relative to what it received in premiums, compared to the previous year and the industry norm, partially due to “improved pricing, underwriting and risk selection”.

“We will ramp up underwriting and pricing improvements to drive profitability,” Harding told investors at Tower’s results briefing in May.

Legislation to amend the country’s insurance contracts law is expected to be introduced to Parliament in mid-2020.

The other major player in the general insurance sector, Vero, hasn’t responded to interest.co.nz’s inquiries on the matter. While IAG provided interest.co.nz with its submission, these haven’t yet been published on the Ministry of Business, Innovation and Employment’s website.

A small step. A good step, better late than never. Yet if you took a literal view of the mission statements and corporate blurb and undertakings etc etc on the Insurers web sites & other publications you would wonder why it should be necessary. That is until you lodge a claim.

As an expert commentator Horne would surely be aware of the extensive proposal questionnaires in other countries with disclosure laws similar to the the one proposed for NZ. If not he needs to have a look at the more arduous application process there. If yes he has researched those places, his use of the word 'perhaps' is disingenuous.

Hornes statement that premium pricing will reduce due to tighter underwriting at the proposal stage indicates he believes widespread misstatement is occurring. This is obviously wrong when the low incidence, and thus negligible impact on premium rates, of non disclosure is revealed by IAGs stats that only 1 in 20,000 policies is avoided (declared later to be not valid at claim time due to earlier non disclosure). Insurers ask further 'history' questions and carry out industry data matching at claim time.

Contrary to Hornes assertion, premiums for people with 'history' will rise and policy terms become more restrictive because of the extra underwriting information derived from beefed up questionnaires. Insurers presently pose a range of questions which, if answered the 'right' way see the proposal automatically accepted. Those with non conforming answers are referred for human underwriting action. That category is set to increase significantly under this change. More proposers will be declined and those with imperfect risk aspects will attract more restrictive terms and will pay more.

Lawyers make lots of noise about the minuscule number of cases where genuine proposer ignorance caused inadvertent non disclosure. It is a very low frequency issue and no doubt people will rejoice at the govt waving the stick at big bad insurers, but I wonder what the response will be to forthcoming media stories about how much tougher it has become for an increased number of people to get insurance as a result of this change.

Middleman, you have misread and mischaracterised Andrew Horne's statements.

He didn't say premium pricing would reduce due to tighter underwriting. No one said this. He said, as a general statement, that if an insurer asks more questions, it has more information about someone's risk, so could more finely tune its pricing.

Having studied Tower's results, I then pointed out the fact that Tower is reducing its exposure to risky customers and more accurately charging people for the risk they pose. This has helped it become more profitable.

Finally, Horne can't be sure just how much more onerous Tower's questioning is going to be, because Tower's new approach hasn't been implemented yet. Paraphrasing his comments, I used the word "perhaps" to communicate that Horne thought it was likely, but couldn't say this as a matter of fact.

OK. It can be read a number of ways but thanks for the clarification this was a general suggestion and not an evidence or experience based statement. On the suggestion Tower's new RB strategy is already making a contribution to profitability, it is unlikely it would be much at this early stage. Because insurance is an annual contract and premiums are only progressively 'earned' over the following 12 months, it takes a long time before the impact of changes on underwriting and profitability outcome can be identified with confidence. I note IAG and Suncorp have had good year, which they attribute mostly to fewer natural disaster events.

Hi middleman, yes the good weather is helping everyone's profitability, but there is evidence that Tower's approach to earthquake pricing is making their house insurance book more profitable and this will only improve further over time so long as their competitors are slow to respond.

Not necessarily - if you save 30 minutes determining the disclosure status on every claim - that adds up to a big transactional/operational savings across the business and this saving can be used to offset the possible additional cost of claims.