Rip-off insurance products could be banned, banks made to get 'conduct' licences, insurers given time limits to settle claims, and bank/insurance managers held personally liable for misconduct under law changes being considered

Insurance
Rip-off insurance products could be banned, banks made to get 'conduct' licences, insurers given time limits to settle claims, and bank/insurance managers held personally liable for misconduct under law changes being considered 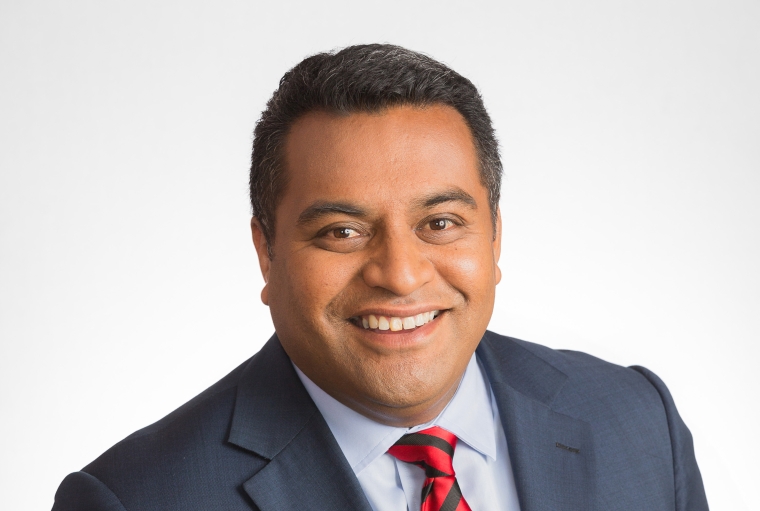 The Government is considering a relatively bold suite of changes to the way banks, life and general insurers are regulated, that could see New Zealand’s regulatory regime more closely align with that of Australia.

At the most punitive end of the spectrum, MBIE is seeking feedback on capping commissions insurers pay to the advisers who sell their products, outright banning shonky financial products, requiring insurers to settle claims within certain timeframes and requiring banks and insurers to get ‘conduct’ licences to operate.

However, MBIE’s preference is to use a “principles-based set of duties” to give the law “flexibility”. Acknowledging that this could cause uncertainty, it says these duties would need to be accompanied by more prescriptive regulations.

The “duties” it’s in favour of legislating include:

MBIE recommends senior managers – not just directors – should be held “personally liable” if their entity doesn’t meet these duties.

As signalled by Commerce and Consumer Affairs Minister Kris Faafoi in January, it is also supportive of banning “target-based remuneration and incentives” to in-house staff and intermediaries.

While he avoided using the Financial Services Legislation Amendment Bill, set in motion by the previous government and passed earlier this month, to cap upfront and/or trial commissions to intermediaries, MBIE suggests this is something Faafoi gets public feedback on.

A newer proposal MBIE supports is empowering the FMA to ban or stop the sale of specific products that essentially rip people off.

In terms of monitoring and enforcement, MBIE suggests the FMA be empowered and resourced to have this oversight. It has steered clear of suggesting a new regulatory body be formed.

It recommends the law provides for a range of regulatory tools such as public warnings, stop orders and court injunctions, as well as strong civil pecuniary penalties.

MBIE is also in favour of the FMA requiring regular reporting about the industry, for example summary data on reasons for declined insurance claims.

MBIE’s initial preference is for these measures to only apply to banks and insurers, however it’s open to considering “whether some or all of the proposed options should also apply to other financial institutions”.

While the 62-page long consultation document discusses a number of the issues raised in the FMA/RBNZ’s banking and life insurance conduct and culture reviews around churn, a lack of oversight over intermediaries, disclosure, sales incentives and remuneration, it also delves into little-discussed problems experienced in the general insurance industry.

For example, it references a claims management company telling it that the average value of settlements offered to its clients following the Canterbury earthquakes jumped from $294,503 to $727,056 after it got involved.

MBIE notes: “The claims management company that provided the data only took on relatively high value claims that it considered to have a good case for an increase in the settlement amount but this does not take away from the point that these 181 cases suggest a systematic under-scoping of repairs and/or attempted underpayment.”

The consultation document is significant, as it puts some heavy-handed measures on the table that Faafoi hasn't explicitly talked about in the past. However the course of action MBIE backs is more moderate and principles-based.

The public has until June 7 to make submissions, with Faafoi saying the fast-tracked measures will be introduced to Parliament this year.

Mandatory use of medical records at underwriting a possibility

Separately, MBIE has released another discussion document on its review of the country’s archaic insurance contracts law.

The review, started in March 2018, seeks to plug the regulatory gap that currently sees insurers’ conduct unregulated, and too much onus put on consumers to identify and disclose material information about themselves when they take out a policy.

MBIE is considering changing the law to make it easier for consumers to know what they have to tell their insurers about themselves when taking out a policy.

It says one option might be to simply require customers to answer insurer questions “truthfully and accurately”.

Another could be to require them to “disclose what a reasonable person would know to be relevant”.

MBIE is also considering going much further in requiring life and health insurers to use medical records to underwrite risk.

This would cost insurers, and therefore most likely consumers, more.

Another option it’s looking at is simply ensuring there are lighter consequences for innocent failures by consumers to disclose information.

As a part of this review MBIE is also looking at a number of ways to make it easier to read and compare insurance policies.

The public has until June 28 to make submissions on this consultation paper.

Here is an interview Jenée Tibshraeny did with Financial Services Council CEO Richard Klipin in January when Faafoi first announced law changes in response to the FMA/RBNZ's conduct and culture review into life insurance:

I believe it has to be acknowledged that this government, philosophically at least, has the interests of us the ordinary citizens at heart a whole more than the last government who did not seem to consider anything outside of the corporate box, as being worth considering. Not convinced though that measures and disciplines, checks and balances, can ever be introduced to make the big financial institutions sufficiently accountable. But at least this is a start. At least this government is thinking about it. And at the very least, it can only be a good thing for the Joe Blow on the street.

I agree with you in that two of the three parties in the government have the interests of most Kiwis as both have policies based on values - such as related to social equality and environmental protection - which area held by most Kiwis.
Unfortunately this does not apply to the other party in the government. NZ First are solely focused on self interest in retaining a balance of power - the RGF is seemingly distributed with this in mind, Ron Marks allocation of funds to veterans seemingly with strings attached, and support of racing and lack of support for a CGT are based more on retaining votes rather than values held by most average Kiwis and to which I think you refer.

So long as they look at it from both sides Pharos. For every shonky insurance product there will be someone that is committing insurance fraud. At the moment the authorities (police) will not follow up on property related matters. The insurer as a result is incurring enormous losses in one area of business. Resulting in higher premiums to consumers, whilst trying to cream it in other areas to compensate. Faafoi should look in his own back yard (police) and insure they are given resources to follow up property matters. Not all of the problem should be leveled at the insurer. It is a massive problem, and only getting worse imho.

Insurance fraud has been around for as long as, well, insurance. Insurers are geared and versed in handling it, always have had to be. Problem though is when that expertise, experience and corporate power is applied to ordinary claimants that are not acting fraudently, but may be perceived as being weak, eg elderly, infirm, ignorant, little financial ability to go to court should it come down to it, and therefore, a potential pay out on a claim might well be able to be lessened if pressure is applied accordingly. You have to admit it is a pretty one sided game in those sort of circumstances and that really is the theme, my above comment. We are all by now sick of the much hackneyed delay,deny,defend slogan but from my EQ claim experience you could add deceive to that quite justifiably. But you are right, there are two sides to the coin as always. If we take the Canterbury EQs saga what is just as shocking as some of the insurers & EQC performance has been the presence of opportunists, little more than scavengers, supposedly assisting claimants. There is currently a class action before the High Court featuring an alleged example of this (CIV-2018-409-000643.)

Another well known insurer ACC, does the same thing to thousands of vulnerable claimants, keeps that $40 Billion plus growing nicely!

Faafoi comes across as a pretty good rooster really. Removing of the utmost faith clauses from insurance contracts will deprive the insurance industry of an avenue to nitpick their way out of a claim over irrelevant undisclosed information. Much injustice has past under that bridge.

I agree with all your comments. Faafoi seems to be highly capable and should have cabinet rank. The insurance deck has long been stacked in favour of the companies with their utmost good faith conditions.They must be amended.

Sigh.... Take some action. 59 days to pop on the website yourself and make a submission. Easy to follow, even spell-checks.

Nope this guy is all talk, look at his loan shark polices it been watered down

Rubbish, nothing has been 'watered down'. I gather you're referring to a rubbish article on Stuff, with all and sundry having a cry about interest rate caps. This was never part of the bill. I believe it was considered, but chucked out for good reason. Their 'backlash' was just concerns.

where can I get a copy of this report?

where can I get a copy of this report?