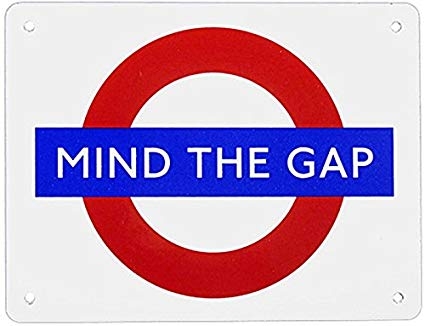 The Government has committed to introducing a new piece of legislation to Parliament to plug the legal gap that sees bank and insurance company conduct go virtually unregulated.

It has also committed to getting rid of sales incentives in the insurance sector.

A spokesperson for Commerce and Consumer Affairs Minister Kris Faafoi has told interest.co.nz this means the commission payments life insurers pay the advisers who sell their products will be “scrutinised”.

These commissions, valued at up to 210% of policyholders’ first year’s premiums, were largely at the root of the problems the Reserve Bank and Financial Markets Authority (FMA) identified in their scathing conduct and culture review of the life insurance sector, published on Tuesday.

Sales incentives were also fundamental to problems identified by the regulators in their review of the banking industry, published in November. The FMA subsequently told banks to remove sales incentives completely and report on their progress in March, which will be made public.

While Faafoi hasn’t explicitly announced his intentions to ban bank sales incentives, or separated out life and general insurance in his commentary, his spokesperson says: “Many of the major banks and some insurers have already moved away from commission-based rewards.

“Whether this voluntary move goes far enough and exactly what measures we will take more broadly is what officials are now working on.”

- “Clearer duties on banks and insurers to consider a customer’s interests and outcomes, and to treat customers fairly.

- “An appropriately resourced regulator to monitor the conduct of banks and insurance companies, with strong penalties for breaching duties.

- “Changes applied to both banking and insurance, since the issues identified in both are similar. There are also overlaps between the sectors, with banks often selling insurance products.

-  “A strong response to internal sales incentives and soft commissions.”

They will release a consultation paper in May. They plan to have the new legislation introduced to Parliament by the end of the year.

This work will run alongside work underway to update the country’s insurance contracts law.

Faafoi hopes he will have both pieces of legislation through Parliament by mid-2020.

Here is a copy of a press release from Faafoi and Robertson:

The Government agreed at Cabinet today to fast-track customer protection measures in the financial sector.

A report released today by the FMA and RBNZ highlighted major issues in the insurance sector impacting on consumers. This follows a report on banking conduct and culture released in December. The problems highlighted in both reports are similar, Commerce and Consumer Affairs Minister Kris Faafoi says, though more extensive in life insurance.

”There are gaps in the regulation of the sector that are exposing consumers and we are going to address them.  We need a regime where banks and insurers are focused on good outcomes for the consumer and are not conflicted by sales rewards.

“The report has found New Zealand life insurance industry has a culture that prioritises sales over customer interests and customers deserve better. Cabinet today agreed we are going to get rid of sales incentives in the insurance industry that are driving behaviour that is not in the best interest of consumers.

“Incentives such as overseas trips and loaded upfront commissions can cause a conflict for the salesperson. We have also heard about insurance policies being sold to people who are ineligible for cover, premiums continuing to be charged for a policy that’s no longer in effect, and policyholders not being effectively notified of increases in premiums.

“This, with the findings from the earlier report on banking conduct and culture, mean that we have to take action. We plan to release a consultation paper on the changes by May and introduce legislation later this year,” Kris Faafoi says.

Minister of Finance Hon Grant Robertson says that while the industry has started to address issues raised in the reports it is clear that the Government needs to act on regulation and conduct of financial institutions, including banks.

-       Clearer duties on banks and insurers to consider a customer’s interests and outcomes, and to treat customers fairly.

-       An appropriately resourced regulator to monitor the conduct of banks and insurance companies, with strong penalties for breaching duties.

-       Changes applied to both banking and insurance, since the issues identified in both are similar. There are also overlaps between the sectors, with banks often selling insurance products.

-       A strong response to internal sales incentives and soft commissions.

“Because the issues identified with insurance and banking are similar, we will consider changes that apply across both sectors.

“Also, while this report focuses on life insurers, it’s possible the vulnerabilities it identifies may exist across the broader insurance industry.

“We will consult with the public and industry on these changes, but we are going to move as quickly as possible on this because New Zealanders need to have confidence their rights and interests are being protected."

Kris Faafoi says the consultation on these measures will run alongside work already underway to update insurance contract law.

“Current contract law is based on legislation that was written more than 100 years ago – and there are a number of improvements that need to be made. These include better disclosure protections for consumers, to address situations where insurers can completely avoid a policy when a policy holder does not disclose something – even if it was an unintentional non-disclosure or one unrelated to the claim a policy holder is making.

“It is an ambitious timeframe but my intent is to have both pieces of legislation in Parliament by mid-2020, because it is time to ensure consumers get protection that is clearly needed.”

The FMA is supplying individual feedback to the 16 life insurers reviewed, with a response and action plan on how they will address their issues due back to the FMA by June 2019.

For more on the topic see this news story: Govt mulling 'fundamental change' to the bank-customer relationship, and this opinion piece: Are the banks the problem, or the rules we've given them?

The Insurance sector is not different here to anywhere else in terms of the payment of commissions to sales staff.

The Government should be focusing on unregulated pay-day money lenders who are doing far more damage to vulnerable families than a handful of Insurers.

Yes just about any salesperson in any company has targets to meet and incentives to meet them.

It's a matter of caveat emptor I reckon.

I am astonished you can say that,given what has emerged from the Australian Commission on banking and insurance sales practices. You are clearly unaware of the huge pensions scandal in the Uk that came to light in the 90s.
Little will change here while high commissions remain part of the sales process.

"These commissions, valued at up to 210% of policyholders’ first year’s premiums" - seems like a lot. It would certainly encourage agents to get the highest premiums.

I agree about pay day loans, that needs to be fixed.

The other one that needs looking at are real estate agent fees. At approx 4% it's way too much.

Most retail bankers are not well trained insurance professionals yet they are forced to sale policies to customers, sometimes within 30mins time frame in the bank room (quick sale). Disaster when customer realise they can't afford the premium anymore or not covered for certain events after paying hundred and thousands dollars of premium.
Leave the insurance for the professionals.

The Banking sectors worse post GFC ridiculous houses prices to normal income ratios and eye watering bank profits fail to get a mention, why is this so?

Unlike say real estate agent commissions the upfront commissions to advisers do have 'claw back' periods associated with them - if the client cancels their policy within a certain time frame the commission is clawed back. Doesn't often get mentioned.