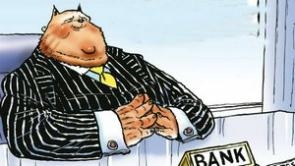 The latest review focused predominantly on the incentive structures and controls in place as at May 21 this year. The FMA notes banks have made positive changes since but says none go far enough.

At the heart of the issues explored by the FMA is the fact that most customers have less understanding of bank products and services than bank staff who are financially incentivised to sell these products to them. The FMA assessed how incentives are designed and controlled to mitigate the risk of inappropriate sales stemming from this potential conflict of interest, but did not test whether customer harm is being caused as a result of the way incentives are designed and controlled.

The FMA found that controls designed to manage the risk of inappropriate sales are often designed in a way that makes it unlikely they will be effective at identifying inappropriate sales, meaning poor customer outcomes are likely to go undetected. Furthermore boards and senior management seek and receive little information on the conduct risks associated with incentives, and while banks are making significant changes to their incentive schemes, these don't go far enough to prevent risks of inappropriate sales or poor conduct.

"The way that banks choose to reward and incentivise their staff is at the heart of the culture that boards are establishing in these firms. We expect banks to ensure they achieve consistently good outcomes for their customers. This includes designing and managing incentive schemes in a way that delivers positive outcomes for customers over the life cycle of the products they hold," Liam Mason, the FMA's director of regulation, says.

How people are incentivised influences the way they act, and tells them what behaviour is valued, the FMA adds. In banks, incentives linked to sales encourage staff to sell products and tells them a sale is a good outcome.

Total of $279,000 pocketed by one bank salesperson through incentives alone

Most banks use a scorecard where different performance measures, both sales and non-sales, has its own weighting. This is used to calculate the overall performance rating and variable pay. Factors making up the scorecard include sales performance, customer satisfaction, behaviours and compliance.

The FMA notes a number of banks vary the sales rewards depending on the product sold. This, it says, can bias a salesperson in favour of a product that will earn them more, regardless of whether it's the most suitable one for the customer.

"Rewards for products such as home loans, investments and insurance are often based on the product value, not the number of products sold. This means staff are incentivised to encourage customers to borrow, invest, or insure more than they may want or need to," the FMA says.

The FMA notes major changes are being made to incentive schemes across the banking industry with the incentive schemes of salespeople becoming less sales focused, and some banks removing sales based incentives entirely for salespeople and managers. However, it says none of the changes announced by banks to date go far enough to create a sustainable culture of good conduct.

"We also expect banks to manage the risks associated with these changes, as changes to incentives may have unintended consequences. As banks develop indicators of customer outcomes, we expect they consider incorporating these into staff incentives," the FMA says.

The regulator is reiterating that banks are expected to revise sales incentive structures for salespeople and through all layers of management.

Changes to their incentive schemes are expected to be made "no later than the first performance year beginning after 30 September 2019." In March next year the FMA will ask all banks how they will meet its expectations regarding incentives, and will publicly report on their responses.

And if any banks don't commit to removing incentives linked to sales measures for salespeople and their managers by that point? They will be required to explain how they will strengthen their controls sufficiently to address the risks of poor conduct that arise with such incentives.

Changes being made appear to be positive, the FMA says, with banks generally reducing the weighting given to sales measures in determining variable pay.

"In some instances, sales measures are being removed entirely from some roles. However, even in these banks, the removal of sales measures does not apply to all salespeople, such as Mobile Mortgage Managers."

Banks are also generally reducing the frequency of variable pay from, for example, monthly or quarterly payments to six monthly or annually.

"While banks are at different stages of change, the industry overall is at an early stage. For example, some banks have announced they are introducing non-sales measures but have not yet decided what form they will take," the FMA says.

Among the types of customer harm that can occur the FMA highlights;

• A customer switches their investment product to their bank, not understanding that the fees may be higher.

• A customer who requests an increase to their credit card limit is instead encouraged to buy a new credit card with a higher fee, despite it not meeting their needs better than their current, cheaper card.

• A customer buys a new insurance policy, not understanding that they will be unable to claim on it, as the salesperson did not explain the limitations of the product.

In terms of controls and oversights, the FMA notes complaints and customer satisfaction rely on the customer knowing they may have bought a product that's not appropriate for them. This might not be identified for years in the case of some products such as insurance.

"Post-sales calls can overcome these limitations by using questions that test the customer's understanding of the product they purchased... The FMA expects banks to ensure they achieve consistently good outcomes for their customers."

What's expected from the board & senior management

In terms of boards and senior management, the FMA notes some receive very limited information on staff incentives, which is "of significant concern."

"We expect to see improvements in board and senior management oversight of the risks associated with incentives. Boards and senior management should be more proactive at identifying and managing these risks. We also expect them to question whether a lack of issues detected means issues do not exist, or issues are not being identified,"  the FMA says.

The report notes one bank has an entirely discretionary variable pay incentive scheme where each individual has their own performance measures, and managers assess performance against this to determine variable payments.

Scope of the review

They were asked all banks for information on:

• Incentive structures for salespeople and their managers, including details of bonuses, commissions, competitions and prizes

• How the risks associated with incentive structures are managed and controlled

• Internal reporting to senior management and the board about how risks associated with incentives are managed.

FMA staff met with 68 salespeople and 22 managers from the big five banks being ANZ, ASB, BNZ, Westpac, and Kiwibank, with the intention of understanding their perspective of incentives. The FMA also talked to staff who operate key controls in these banks, and shared information with the bank conduct and culture review.

Managers were defined as the managers and supervisors of salespeople. The incentives relating to all banking products within scope of the Financial Advisers Act were included. This includes home loans, personal loans, credit cards, term deposits, transactional accounts, life insurance, general insurance and investments, including KiwiSaver.

"We recognise that some banks are in the process of making changes to their incentive structures and controls. While this report includes our high-level findings regarding these changes, we have not assessed them in detail, as information was limited at the time of our review," the FMA says.

"We assessed how incentives are designed and controlled to mitigate the risk of inappropriate sales. We did not test whether customer harm is being caused as a result of the way incentives are designed and controlled. Our assessment has been informed by recent international work. This includes the Sedgwick review in Australia and work by the UK’s Financial Conduct Authority."

Interesting take on things by the FMA.

Maybe they should also look at the Ombudsman as well. After all they make many decisions on the basis that the customer should have done more due diligence themselves.

That is an interesting comment. Does the ombudsman act to protect business, the Government or the public? Is the Ombudsman's expectations, or understanding of the level of public education/capability sit too high?

Quite right! Regardless of any summarising 2-page Letter of Acceptance etc. the Ombudsman's office relies on the full contract - all 50 (or whatever) pages of it.
Now there's nothing wrong with that. But what's the point of a brief 2-page summary of the meat of the contract (as a customer is entitled to believe it is) if it's irrelevant in the face of the formal contract? None, I'd argue.
Should customer read all 50 pages of a contract? Yes. But do they? Not many, and those that start off doing so 'glaze over' half way through.

Oh, and in answer to the question above - The Ombudsman is there to protect the interests of ..the banks. It is funded by them, after all.

I've found the banks wait until the last minute to issue that contract. How it benefits the nation for the banking system to be independent and unaccountable I don't know.

We'll only truly know the price of greed on the downside journey. Customers will quickly become victims of banks if they wake to shattered dreams.

Not surprising when NZ is so apathetic. The population is apathetic and so is the justice system particularly for white collar crime. Look at Youi insurance - literally operating a scam. How are these crooks still in business!? New Zealand is the world's largest issuer of wet bus tickets.