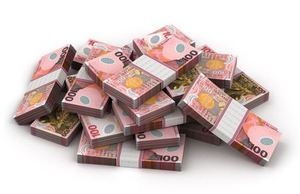 The Financial Markets Authority (FMA) has released a stark warning the high commissions paid to advisers who sell life insurance are detrimental to consumers.

Yet the Minister for Commerce and Consumer Affairs, Paul Goldsmith, has today reiterated he has ruled out banning or capping commissions as a part of the Financial Advisers Act (FFA) review, currently under way.

The FMA’s revealed New Zealanders forked out $1.7 billion to pay for life insurance premiums in the year to June 2014. Around 40% of the policies active at this time had been sold through financial advisers.

The issue of contention is that financial advisers often receive up-front commissions of up to 200% of a client’s first year’s premium, or soft commissions such as overseas trips, when selling a client a new insurance policy.

In fact, an investigation undertaken by the New Zealand Institute of Economic Research has found the country’s 14 main life insurers collectively pay a whopping $431 million a year in commissions.

It is on this basis the FMA has voiced its concerns around ‘churn’, or the remuneration model essentially incentivising advisers to encourage their clients to switch between insurers.

The FMA’s Director of Regulation, Liam Mason, says: “We saw that the majority of advisers do not have high levels of replacement business, regardless of the way they are paid for their services.

“However, there is a clear link between high rates of replacement business in certain areas and high up-front commissions, or incentives for high sales volumes, such as overseas trips laid on by providers.

The Authority adds: “The FMA is highlighting the risks associated with replacement business, both to ensure that providers and advisers properly consider the risks of potential conflicts of interest and to enable consumers to make more informed decisions when they are considering a recommendation from their adviser to replace their existing policy.”

- Of the 1,100 with more than 100 active life policies, 200 met the FMA’s criteria for a high estimated rate of replacement business.

- Had 65,000 active policies between them, involving about $110m in annual premiums

- And earned almost 50% more from commissions on life insurance than other high volume advisers.

- On average, RFAs had higher rates of replacement business than AFAs. About two-thirds of the high-volume advisers, and 86% of the high-replacement advisers, were RFAs. Some RFAs replaced more than 35% of their life policies in one year.

The FMA released these findings a couple of hours after Minister Goldsmith told those gathered at the Financial Markets Law conference in Auckland that contrary to what’s happening in the likes of the UK and Australia, the Government has decided “effective disclosure” is better than a blanket ban on commissions.

In other words, requiring financial advisers to be clearer in telling their clients how much they’re being paid by which insurers for selling their products.

Currently AFAs have to disclose how they’re paid and any conflicts of interest around this, however RFAs don’t.

The ins and outs around how beefed up disclosure regulation should look has been at the centre of consultation documents the Ministry of Business Innovation and Employment has received public feedback on around its review of the FAA. The Ministry will present its findings to Goldsmith on Friday. This report is expected to be made public next month.

The FMA says its findings will be considered in the FAA review.

Further to its report, the FMA has also provided some advice to consumers buying life insurance:

5 ways you could get caught out when switching life insurance

Q. Does the FA have to disclose to you that they are receiving a benefit if you select a specific provider, and do they have to disclose the amount? If I knew this up front I wouldn't have a problem as I would take all recommendations with a grain of salt.

If that information was hidden away from me, I would shop else where.

The RFA advisers do not have to disclose the remuneration as part of their standard up front disclosure. AFA's have to give you details about how they get paid and the conflicts of interest they have and how they manage these.

If you select an insurance company and RFA again will not have to disclose what they get paid (if anything) - An AFA will have to disclose. In either case they may not be able to do the transaction if they don't have an agreement or arrangement to sell XYZ company's products.

In any case the adviser whether and RFA or AFA should still advise as to the suitability of that product or provider unless you opt out and sign a disclaimer etc.

If you deal with an RFA you can ask them to disclose their level of remuneration and if they will not disclose this to you choose another adviser or go to an AFA.

Apparently one adviser churned their insurance book so much they qualified for 10 trips courtesy of insurance companies. Truly disgusting behaviour.

I spent 40 years in the financial market in the UK and saw very clearly how commissions distorted the advice given both on insurance and investment products. Commission is now banned and the situation will not change here until it is.

Agree and like you have seen first hand what behaviours are driven from commissions, junkets, bonuses etc.

Appears the minister has head firmly in sand when it comes to making the hard decisions. Hopefully the new revamped legislation and guidance around suitability of products for clients will help clean some of this mess up.

I agree with the report issued by FMA. High rate of replacement business suggests churning because adviser's commission will not be clawed back by the initial insurance provider. The reality is that adviser will be getting whopping 200% commission on the monthly premium (quick money). Let's consider a policy having $500 per month insurance premium is replaced by an adviser. He gets $12000 in his account straight away. How disgusting is that. They are interested in replacing the policy for their benefit not for the benefit of the customers.

I also agree with Mr Mason where he said “Following our report, FMA staff will be taking a closer look at the conduct of those advisers with the highest volumes of replacement business as the next stage of this work. We will be examining the basis on which policies have been switched or replaced and the drivers for that activity – with a particular reference to incentives (of whatever form) provided by insurance providers.”

It needs to be regulated. Very high time already.

The focus always seems to be on high up front commissions but it is not the commissions themselves that are the problem, it is the small group of advisers who abuse their availability. The real problem lies with the reduced disclosure and accountability RFA's are able to operate under. It is absolutely no surprise that a WHOPPING 86% of the high-replacement advisers are RFA's!! The reason they can get away with this (hopefully only until now) is that they are not authorised by the FMA and therefore not governed by the FMA's rules.

It is plain to see RFA's are responsible for 86% of policy replacements. Isn't it obvious then that to address this issue the RFA designation needs to go and all advisers (excluding QFE advisers) need to be AFA's. Make all non-QFE advisers accountable to the FMA for the advice they provide!

It can also be seen from the findings that AFA's are already operating on a professional level so why not drag RFA's up to this level and lift the bar for the industry as a whole.