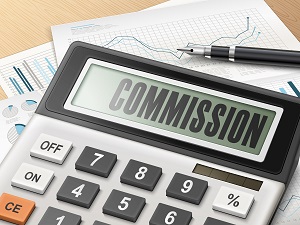 The New Zealand Institute of Economic Research (NZIER) is suggesting there’s scope for life insurers to move away from their commissions-based distribution models.

It says insurers have “opportunities to change commission structures”, as they [the 14 main insurers in the NZIER's study] collectively spend a whopping $431 million a year on commission payments to the brokers and advisers who sell their products.

The NZIER says commission payments are on average equivalent to around 23% of insurers’ premium revenues, and make up just over half of their distribution costs.

“The level of these costs, combined with the lack of growth in the market, gives life insurance companies as a group a strong incentive to identify and develop lower cost distribution channels.

“However the strength of this incentive will vary from company to company depending on differences in the cost of each company’s distribution model,” the NZIER says in a report it’s been commissioned to do by Sovereign - ‘Resetting life insurance: Analysis of New Zealand market structure’.

The NZIER’s call is significant as it comes further to the Government appearing to bow to the requests of a number of insurance and adviser heavyweights, who are urging it not to ban or restrict commissions, as it reviews the Financial Advisers Act 2008.

Commissions have been criticised for encouraging churn - the practice of advisers persuading clients to move from one financial product to another so they receive a larger number of high up-front commissions, often worth 200% of the first year’s premium.

Under the current system, Registered Financial Advisers don’t have to tell their clients how much commission they receive from whom, and advisers who work for Qualified Financial Entities like banks, only need to disclose this if asked.

Yet without insurers paying commissions, consumers might have to pick up the cost by paying more to receive advice.

AMP and BNZ Life less reliant on commissions than Asteron, One Path and Fidelity Life

Averaging life insurers’ financial statements across the calendar years from 2012 to 2014, the NZIER’s study reveals the amount spent on commissions as a proportion of premium revenues and total policy acquisition and maintenance costs, varies between insurers.

Digging into the detail, the NZIER notes:

“AMP/NMLA and BNZ Life have a low reliance on commission based sales to both acquire and maintain policies and are allocating much more of their commission expense to maintaining rather than acquiring business.

“Asteron, One Path and Fidelity Life seem to have a heavier reliance on commission payments to acquire new policies and are paying slightly above market average levels of commissions to maintain business.

“Sovereign appears to be occupying a middle ground between these two models, because of its mixed distribution model.”

The NZIER concludes: “Policy acquisition and maintenance costs are high - in excess of 40% of annual total premium income. For the industry as a whole, these costs are split about evenly between commissions paid to ‘independent’ sales teams and life insurance company costs. However the mix of costs varies widely across companies. Also the cost per dollar of premium revenue does not appear to fall as company size increases.”

The NZIER has also found insurers who use advisers spend up to 100 percentage points more than those who don’t, on acquiring clients. Meanwhile, they spend a similar amount maintaining policies.

Premiums could be slashed by 12% if commissions were halved

The NZIER goes further to say consumers could end up paying lower premiums if insurers passed on the savings they’d make by moving away from their commissions-based distribution models.

It estimates that at best, consumers could save around 12% on their life insurance premiums if their insurers halved their commission payments.

Premiums could accordingly be reduced by 6%, if commissions were slashed by 25%.

However the NZIER admits a more realistic estimate of reductions would need to consider the broader effects of cutting commissions.

For example, insurers need to ask themselves, at what point would savings from paying advisers less be negated by this causing a contraction in their businesses?

Or how would the market be affected by advisers receiving lower salaries or being out of business altogether?

This aside, the NZIER notes a price drop could stimulate demand for life insurance; something the industry would welcome given its growth has stagnated and New Zealanders are under-insured in the life insurance department, when compared to other OCED countries.

However it hasn’t been able to pinpoint how price sensitive policyholders are, so can’t put a figure on how much the market would expand, or long any gains would persist for, if premium prices fell.

AMP acknowledges its position "may not be widely supported"

It’s likely that if insurers make a move away from commission-based distribution models, it would be due to choice rather than a push from the Government.

Neither of the three packages of changes it’s proposing to make to the Financial Advisers Act 2008 include a ban or restriction on commissions.

The Minister of Commerce and Consumer Affairs, Paul Goldsmith, has also signalled it is “highly unlikely” he’ll ban or heavily restrict commissions, as he’d prefer to see a better disclosure regime.

Most of the insurers and advisers who have made submissions on the Options Paper released in November last year as a part of the FFA review, don’t support a ban on commissions.

In fact, a spate of insurers resigned their membership from the Financial Services Council after a report it commissioned Melville Jessup Weaver (MJW) to do last year, called for New Zealand to follow international best practice and ban some and cap other commissions.

Yet it’s worth noting (as seen in the NZIER’s data above), AMP is an industry leader in terms of moving away from commissions.

In its submission to the FFA’s Options Paper, it says it would like to see soft commissions (ie trips to Vegas for selling a certain number of policies) banned and caps put on upfront commissions.

It acknowledges “this position may not be widely supported”.

MBIE will report to the Minister of Commerce and Consumer Affairs its recommendations on the FAA review by July 1.

New Zealand is too small to be buried under yet another bureaucratic regulatory mountain. It's expensive to create, expensive to maintain, back breaking to comply with, kills innovation and almost by definition excludes the small companies who are the life blood of a nation our size.

If the legislation is bogged down in the detail of 'commission-based distribution models', it is already a failure waiting to be still born.

If AMP have the lowest acquisition and maintenance ratio why then is it that generally their premiums are more expensive than the other major insurers?