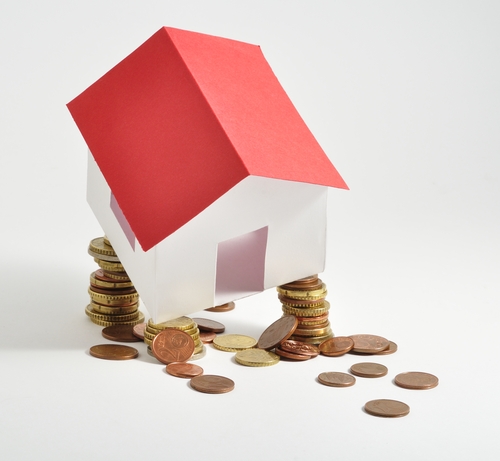 Housing Minister Nick Smith says the Government's looking at making it easier for first home buyers to access their KiwiSaver funds in order to be able to put a deposit down on a house.

He told Television New Zealand's Q&A programme that adjustments may be made to thresholds that apply for people seeking the Government grant that is available when they access KiwiSaver funds and buy a first home.

Smith's comments come as the Reserve Bank is considering applying "speed limits" on high loan to value (LVR) lending. See all our articles on this subject here.

The move has met strong opposition both from the Government and other major political parties. The Government wanted to see first home buyers excluded. But the RBNZ has made clear it does not favour such exclusions.

However, the Government is now clearly working on another way around the LVR lending limits that will enable first-time buyers to get into houses.

“The Government has made it plain to the Reserve Bank that we want to see home ownership rates improving and that’s where I am quite confident that we are going to be able to come up with a package that will see those issues of financial stability addressed, improved home ownership and trying to take that bubble out of particularly the Auckland market,” Smith said.

“I’m confident having been involved in those discussions [with the RBNZ] that we are going to get a package that works well both for the New Zealand economy and for those aspiring young families that want their own home.”

Smith said there were "some things" that could be done with KiwiSsaver.

"I’m worried that the household thresholds and income thresholds have not been shifted for some years and it is a barrier.

“We may make some moves in parallel with the Reserve Bank around where those thresholds are to make it easier for home buyers as we try and deal with this bigger problem [of housing supply].”

He said it was difficult to find a house in Auckland for under NZ$400,000 and this was making it hard for first-time buyers to access the start-up help from the Government.

“I’m having a fresh look at that. I think it is important that those levels are realistic and need to respond to some of the changes that have occurred in the market.

“I’m hugely encouraged and very positive about the way the Kiwisaver scheme is helping New Zealanders build up a deposit to be able to buy their own home.

“We saw this year over NZ$130 million dollars of deposits placed on homes from over 11,000 New Zealanders from their KiwiSaver funds that’s an eight-fold increase on just two years ago. And while it is retirement savings, the most important part of KiwiSaver is savings overall."

Smith rejected any idea that it might be a bad thing that young Kiwis are going to be using money ear-marked for their retirement in buying property.

“If young kiwis are using their KiwiSaver funds to buy a first home that is a good thing.," he said.

"I think all New Zealanders acknowledge that if you get to your retirement years and you don’t own your own home, that you are having to pay rent, that you are not in nearly as good a position as if you had been able to get that deposit and own that first home.

"Kiwisaver of course helps the concerns that the Reserve Bank Governor has because he is worried about people going in with zero, five percent – very low deposits on homes. If we are able to get Kiwisaver working, get people’s deposits built up then he is comforted by the fact that there are less of those very risky mortgages – ninety five, one hundred percent, because they have that larger deposit."

Wow it's incredible..... when it comes to winning some teams will go to any lengths to score !!!
We'll shift the goal posts the full width of the field and the bar to the ground...John won't possibly be able to miss then!!!
Who would think the big test isn't until next year...I would guess that date will be shifted as far forward as possible given that our Reds have an even more inept field marshall than Quade Cooper.
The Blues look like marching in unopposed...HELP! Is there a Fascist in the house?!?

I bought my 1st home 3 years after I joined Kiwisaver but I forgot to use my Kiwisaver money.  Can I go back to claim for it?

Stick with the Kiwisaver.  Not that you have the choice -- fortunately.
Won't be too many more years, long before retirement, that you will realise how well this works for you.
Actually, boost your payments.  Give it a decade, and you will be very pleased.

Had similar question from another reader and IRD confirmed the withdrawal from K/Saver has to be arranged and all sorted as part of the property settlement.

Fund managers/politicians must love seeing these sorts of comments. Reaffirming that many in kiwisave have no real idea about what they signed up for or where they have put their money. Tweak here, tweak there....

Threshold for Auckland will probably be increased to $550,000. There is no way this government is going to allow first home buyers to be impacted by the LVR rules - after all there is an election next year.

As landlords have mopped up the government "accomodation supplement", the vendor market will quickly claim this silly political windfall too.
Ergophobia

Effectively the Kiwi Saver deposit/subsidy system has permiited 11,000 property sales to take place in the last 12 months most of which is mortgaged 90% to 95%. Could it be that the Kiwi Saver first home deposit subsidy has been a major contributing factor to the current surge in house prices.

Ah no. If you look further into the numbers a very small percentage have been used to buy houses in Auckland.

What a joke... how can we take the government at the RB seriously?

Not sure KiwiSaver should be used to facilitate to property purchases (speculation) unless it enables NZer's to establish a long term savings habits and be financially independent once they retire as per the purpose in the KiwiSaver Act 2006.
(1) The purpose of this Act is to encourage a long-term savings habit and asset accumulation by individuals who are not in a position to enjoy standards of living in retirement similar to those in pre-retirement. The Act aims to increase individuals’ well-being and financial independence, particularly in retirement, and to provide retirement benefits.

(2) To that end, this Act enables the establishment of schemes (KiwiSaver schemes) to facilitate individuals’ savings, principally through the workplace.

Is paying off a mortgage therefore likely to establish a long term savings habit?

....the accomodation supplement is asset tested.  Kiwisaver has been exempted. So if you save with Kiwisaver you can keep your asup even if you save more than $8,100 (the asset limit).  But if you save anywhere else you will fail the asset test.  Kiwisaver was exempted as the funds were not available....now that they will be, will they be consistant and change the asset test as well??

OK that's it ...leave your Kiwisaver funds right where there are, as they were never designed as a property deposit, but as a retirement fund.
Lets cut to the chase and solve this ...the tribe has met and spoken amongst the elders.
Concensus is .... no tax concessions on mortgage interest payments on ANY sort of residential property. There is none for current homeowners/occupiers, so they will be fine.
Before I hear the SCREAMS OF PROTEST from all the landlords out there, who are going to say, but were a business !!
Well, I will ask you and to ponder on this ....how many people do you pay a wage to ???
You already claim back for labour and materials costs already, which is fine ...BUT YOU ARE NOT PRODUCING ANYTHING ! look forward to your wise, unbiased, not out of self interest comments ...Peace to all.

.......most of us aren't producing anything...just transfering pieces of paper between each other (invoices, cheques, reports and so on).

Lets get houses back to being a roof over your head rather than an investment / commodity or a place to launder non resident cash.

odessakiwi & Animal lover ....your comments have renewed my faith in human nature :)

This is a crazy idea. Here are 2 reasons why:

First, allowing New Zealanders to dip into KiwiSaver will have an opportunity cost when they approach retirement. Sure it may help with a deposit now but it can only come at the expense of a lower income stream at a later date.
Second, if more New Zealanders dip into their KiwiSaver to buy a home the impact could be higher property prices as more people enter the market. There is a risk such a policy could add to the already overheated property market.