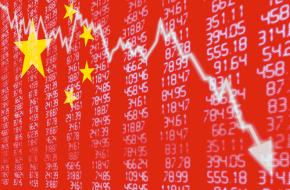 The end of the third quarter is rapidly approaching and in preparation for the next round of KiwiSaver fund reporting its an opportune time to review what has happened since our last overview'. We will attempt to give some insights into what investors are likely to experience return wise and what factors are driving those returns.

China and the Fed are the only two things on investors minds.

The highly anticipated Fed interest rate announcement at their September meeting turned out to be a fizzer.

Commentary immediately after the meeting suggested Fed members have added a third component to their watching brief - China.

Alongside the traditional inflation and unemployment measures the Fed also took into consideration the state of the Chinese economy and the impact that was having on the global economy.

Also in the Fed's ear were the International Monetary Fund (IMF) and World Bank. Both institutions advised the Fed members that this was not the right time to hike interest rates.

The Bank for International Settlements (BIS) on the other hand were saying just bite the bullet and get on with hiking rates.

Ultimately the Fed took the position of least regret and did nothing.

Investors now look towards the October or December meetings for the final interest rate hike lift off. Forecasts issued by the Fed and Janet Yellen's most recent speech indicates that a rate lift off in 2015 is on the cards.

Markets continue to express concerns around China and specifically their ability to expand at exponential rates.

Economists and analysts are beginning another round of growth estimate downgrades. It now looks likely the Chinese growth target will be in the mid 6% range, down from previous estimates of 7% to 7.5%.

Chinese demand for commodities has slowed and the impact from this is being felt in emerging and developed markets. Australia which has previously benefited from strong Chinese demand for its resources has been one of the hardest economies hit.

This graphic demonstrates just how exposed and reliant Australia and some of the other emerging economies are on China.

But China itself is reliant on the actions of its own government to ensure the economy doesn't fall into the abyss.

Massive daily swings in the Shanghai Composite index and increased volatility are now just part of a normal day's trading in China.

While the daily volatility has ramped up and we are seeing some incredible amounts of wealth dissolve, we need to keep things in perspective. Up until the end of June, the Shanghai Composite index had risen 120% as shown in the chart to the right.

The right hand scale is the percentage rise over the period and shows the US market (the bottom line in orange) is in negative territory while the Chinese market (top line in black) is still up over 30% over the last 12 months.

On a year-to-date basis as at the time of writing both the Shanghai Composite and S&P 500 Index have similar levels of total performance - both are negative for the period.

As we said earlier, only two things matter, China and the Fed. China's influence on emerging market economies is enormous and the impact from the rapid decline in the value of Chinese shares is felt more broadly.

Collectively emerging market stock performances have been pretty average this year and that is being polite.

China is heavily represented in both the MSCI Emerging Markets and MSCI BRIC indices. BRIC stands for Brazil, Russia, India and China. It is no surprise that the exchange traded funds (ETFs) for these two indices are down 14% and 13% on a year to date basis in US dollar terms. In the MSCI BRIC ETF China makes up approximately 55% of the overall country allocation.

In Brazil, another major BRIC economy, raw materials and intermediate products make up two-thirds of their exports. Declines in commodity prices and slower Chinese growth have hit this economy hard.

Corruption and other structural issues are compounding the pain for Brazil and there are no signs of a Brazilian economic rebound anytime soon.

China has also become Brazil's largest trading partner over the past five years so they are really relying on a quick and sudden rebound in China's growth story.

The Fed will have an influence on emerging markets too.

A hike in interest rates in the US strengthens the US dollar against other currencies and is likely to attract capital that would otherwise be destined for emerging markets.

Secondly, there is a massive pile of borrowings by emerging market countries which is denominated in US dollars and this weighs heavily on the the books of both government and corporate accounts.

The ultra-low interest rates environment created by the US has led borrowers to leverage up. When interest rates rise, many of those debts could become unsustainable and we could see more sovereign and corporate downgrades and potentially defaults.

Mobius says if the Fed feels confident enough in the US economy to raise interest rates, it could be viewed as positive news for emerging markets, particularly those with export ties that benefit from a strengthening US economy. A stronger US economy would likely bring increased demand for more imported goods, and a stronger US dollar relative to other emerging market currencies could put emerging markets in a more favorable trade position.

If the USD does strengthen on the back of the Fed hiking rates we could see the NZD fall even further and this will have an impact on NZ domiciled investors.

In our previous preview of the main drivers behind KiwiSaver returns back in June we highlighted the impact the rapid decline in the value of the Kiwi dollar was likely to have on KiwiSaver fund returns.

The impact from currency gains this quarter will continue to be one of the drivers behind returns. Since the end of June the NZD/USD has fallen from 68c to 63c a fall of just over 7%.

Over the past 12-months the NZD/USD cross rate has fallen 15 cents or 19%. For a KiwiSaver manager who is either unhedged or low levels of hedging this USD appreciation (NZD depreciation) will be helping offset some of the losses investors are experiencing.

It should be reasonably clear from the data which managers are fully hedged (majority hedged) as their returns should be considerably lower than comparable peers.

Funds that are conservatively positioned will invariably be better positioned this quarter.

There will always be some exceptions to the general rule. In the case of KiwiSaver this quarter those funds which have little to no hedging and high equity components are the exceptions.

Based on unit pricing data which does not take into account tax and only includes in fund fees, we have observed that some of the low risk and more conservative funds are likely to be recording small negative returns over the past quarter and in some cases out to up to the last six months.

If the recent trend in the data continues and equity markets trek even lower we could see some of the Cash funds outperform some of the Conservative funds over the last quarter. We would hasten to add that the Cash fund returns over the longer term will still be well behind the Conservative funds so we would expect this could be nothing more than a blimp on the radar rather than the forming of a trend.

Managers will in most cases be hedging their global bond exposure back to New Zealand and with the recent decline in the NZD and outperformance of domestic bonds over offshore equivalents, we are expecting to see those funds which have a bias towards the domestic bond market will perform better.

New Zealand equities have continued their strong performance compared to Australian shares so again a home bias in the Trans-tasman market should see some managers performing better than others.

Globally, it has been preferable to hold a predominantly  un-hedged and diversified portfolio of shares. Any regional bias, apart from maybe to Japan, where their stock market has enjoyed a purple patch over the past 12 months, has resulted in some heavy losses. Obviously Chinese and emerging market exposure will be a lag on performance.

Most of the universe of funds we monitor will be posting positive 12 month data thanks to banking earlier stellar returns.

The more Aggressive funds will continue to have a distinct advantage over their Conservative counterparts. With markets dipping into the red this quarter the gap between the two ends of the risk spectrum are closing.

Return compression was also a theme we identified last quarter and it is continuing we suspect until at least the end of this year.

All in all, the quarter is quite depressing for many investors but the longer term picture is still bright despite the turmoil in global markets.

Other events during the quarter:

The NZX is however continuing to run the Smartshares scheme for a handful of investors who have transferred in from UK pension schemes as a transfer to the new scheme may trigger some severe tax liabilities for those investors. The NZX is awaiting a response from the UK tax department for clarification on this issue.

BNZ recently launched a new KiwiSaver fund aimed at helping first home buyers.  Our review of the new product and some observations on the funds pricing compared to other possible alternatives can be found here.

All in all, the quarter is quite depressing for many investors but the longer term picture is still bright despite the turmoil in global markets.

Circular logic infests orthodox monetarism, but this might be the most egregious example – “professional forecasters” believe a central bank is effective over time so they produce forecasts based solely on that belief which is then used by the same central bank as proof that it can maintain “long run expectations.” Read more

Either corporate issuers suddenly decided that the week after August 19 was the perfect time to issue at maximum (because companies always float more debt during global liquidations?), or dealer capacity was so strained that it broke open all the way down to the 2-year maturity in swaps. Read more

Indian economy is performing better than other economies. Still growth rate is 7.

Context? Interestingly their CPI is 3.66% which just dive bombed from 5% in June.