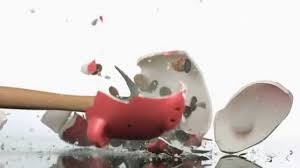 A massive surge in the number of people raiding their KiwiSaver piggybank to source funds for a house deposit is underway.

In its 2016 KiwiSaver report the Financial Markets Authority (FMA) notes "huge" growth in the withdrawal of KiwiSaver funds by members striving to buy a house.

KiwiSaver has two features to help members buy their first home, - the KiwiSaver HomeStart grant and the KiwiSaver first-home withdrawal. Details are here.

The chart below is taken from the FMA's report.

The FMA figures are for the year to March. Since then savers have continued withdrawing money from KiwiSaver to get into the housing market. The total is now at $721 million with $42.88 million withdrawn in April, $50.4 million in May, $40.29 million in June, $41.91 million in July, and $49.89 million in August. (See more detail in interest.co.nz's chart here).

Meanwhile, the FMA says total KiwiSaver membership has grown, but at the lowest level since reporting began, with a 4% increase this year compared to 14% in 2012. And, for the first time since KiwiSaver launched in 2007, the volume of people transferring between schemes was higher than people joining KiwiSaver. Over the March year, 175,000 members transferred to a different scheme provider, compared to 177,000 in 2014-15, while 145,000 new members joined compared to 245,000 new members in 2014-15.

"As new membership is slowing, it’s logical that providers will continue to look to transfers to grow the size of their schemes. The FMA will be paying attention to how transfers occur, making clear our expectations to providers and giving clear information to KiwiSaver members about how to prepare for those circumstances and what they should expect from providers," FMA CEO Rob Everett said.

"The Ministry of Business, Innovation and Employment, in conjunction with the Commission for Financial Capability and the FMA, is currently reviewing the content of the annual statements KiwiSaver schemes must provide to their investors. Consultation with KiwiSaver scheme providers has begun to ensure fee transparency is done in a way that is simple for the consumer to understand and easy for providers to implement,” said Goldsmith.

“It is my expectation that any regulatory change required will be in place for the next annual statements and that KiwiSaver providers will already be working towards providing their members with the total fees they are paying,” Goldsmith added.

The average KiwiSaver balance, including non-contributors, was $13,200 at June 30.

Forgive my ignorance , but wasn't the whole point of KiwiSaver to fund our retirement , to take the cost burden of superannuation off future taxpayers ?

... and here it is , prostituted into adding to the biggest property bubble in this country's history ... diverted into the most insane chase for tax-free capital gains via houses we've ever witnessed ....

KiwiSaver Act 2006 purpose....to encourage a long-term savings habit and asset accumulation by individuals who are not in a position to enjoy standards of living in retirement similar to those in pre-retirement. The Act aims to increase individuals’ well-being and financial independence, particularly in retirement, and to provide retirement benefits.

Why should people be allowed to use their kiwisaver money to buy a house, but can't use it to buy other forms of investment such as shares, or a business, which can out perform housing? I would think that also fits into the purpose of kiwisaver
But in reality, allowing kiwisaver to be withdrawn is only pumping up the houses prices when there is low supply, as it means people can afford to pay more.
Not to mention that $1k of the kiwisaver ends up going to the lawyer involved, as you have to use a lawyer to withdraw your kiwisaver for a home, it can' t be done without one. So not sure kiwisaver for home buying provides much of a benefit.

Nope. It's to prop up a property ponzi scheme

Looking more like a disaster by the day. Started with good intentions, but the proletariat have been spooked by excess money supply and capital flight flowing into houses. What this is going to do the economy in the medium- to long-term, nobody really knows. We better hope that the China miracle is real and thy keep buying out assets. However, it looks like the kids have turned nihilist and realize the futility of it all. And why would you blame them?

in the last 30 years national have when in power have never been good financial custodians, we are always worse off when they get tipped out than before they went in.
not excluding labour bad decisions. WFF, student loans.
I always wonder how much is party ideology and how much is led around by civil servants

Yes GBH, ye are right. Scandalous but predictable result of politicians involvement, them being egged on by entitlement lobbyists. Will be hell to pay when the bubble bursts - the "equity" disappears - the debt remains, even after the inevitable mortgagee sales, pursuant to the Personal Covenants.

Nah. I've come to the conclusion that anything so dramatic happening here would just be meet with all kinds of bailouts. Particularly this government. They cant even face facts now! Hardly going to let it all go pear shaped later IF there is any way to continue the financial rape a pilliaging of those who choose not to play the pyramid schemes which are at the fundamental pillars of our western monetary and banking systems.
No accountability at all anywhere from anyone. I know this sounds incredibly pessimistic but....can we just think back to 2008 and ask ourselves what has actually been corrected?

The very ironic thing about KS (as it is now) is its actually encouraging going into debt via the first house deposit exemption. So the saving bit is bogus in that regard. Let us never make this crap scheme ever compulsory. Its just become a cash cow for financial institutions and of course banks

Why is it when it comes to housing the most basic understanding of economics goes out the window? Price is determined by supply and demand (notice its both). Second, more money into a system with no new products will cause inflation. Kiwisaver should never be used to buy houses and while we are at it lets stop the accommodation supplement - also inflationary.

... very good points ... but you forgot the exceedingly important third point to housing :

How to wake up Wild Bill and the Jolly Kid ... so they can read your points one and two , in the first instance ...

... our two sleeping-at-the-wheel beauties ... as the NZ property market careens towards the edge of an extremely high cliff ...

And don't forget the Candidates to your over rated spendthrift overrated systems.

Anyone know what is the total $ amount invested in Kiwi Saver

http://www.nzherald.co.nz/business/news/article.cfm?c_id=3&objectid=117…
A lot of this.