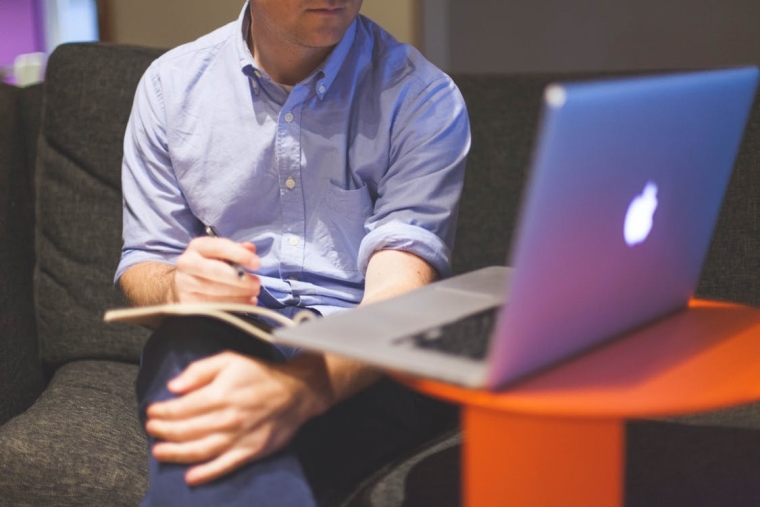 “My experience is that we can’t just leave it to them,” FMA CEO Rob Everett told interest.co.nz.

“Yes we need to encourage providers and work with providers on ways of triggering engagement, interest and informed decision-making, but some of that involves us actually poking pretty hard.”

The FMA’s 2017 Investor Confidence Survey shows people invested in KiwiSaver are the least confident in New Zealand’s financial markets of all investor types.

Only 67% of KiwiSaver investors included in the 1000-person March/April survey were either ‘very confident’ or ‘confident’.

While this is an increase from last year, when this portion sat at 57%, a whopping 81% of residential property investors and people in other superannuation schemes were confident. 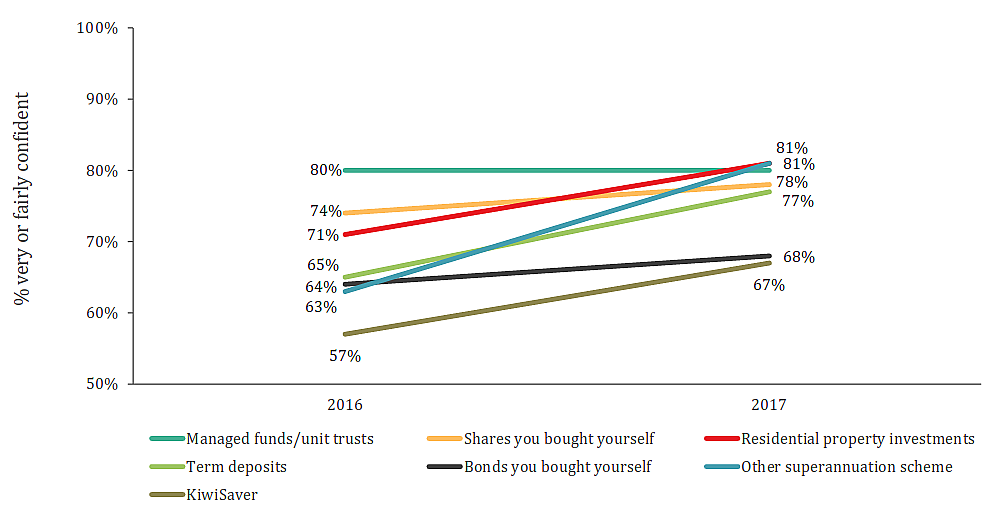 What’s more, despite the FMA releasing data and guidance on KiwiSaver providers’ conduct, and the Government ruling that from 2018 providers will have to disclose fees in dollar terms in annual statements, 14% of KiwiSaver investors said their confidence in New Zealand’s financial markets had decreased over the year. Sixty-six percent said it stayed the same and 13% said it had increased. 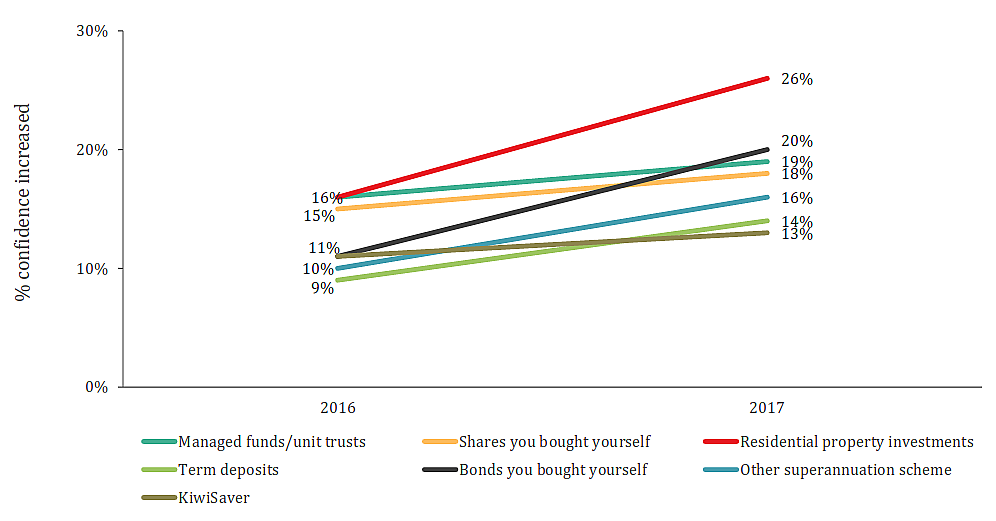 Five percent more KiwiSaver investors were confident effective regulation had increased over the year in 2017. However at 68%, this was once again less than other types of investors. 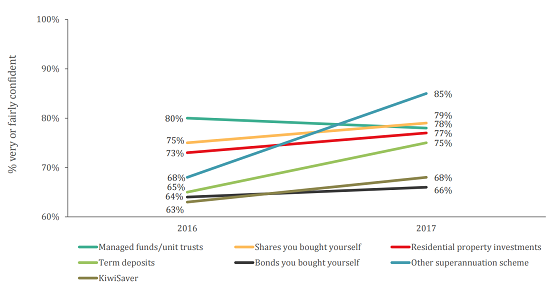 Finally, KiwiSaver investors were also least impressed by the prospectuses, investment and product disclosure statements, etc that they received, with only half saying these were helpful. 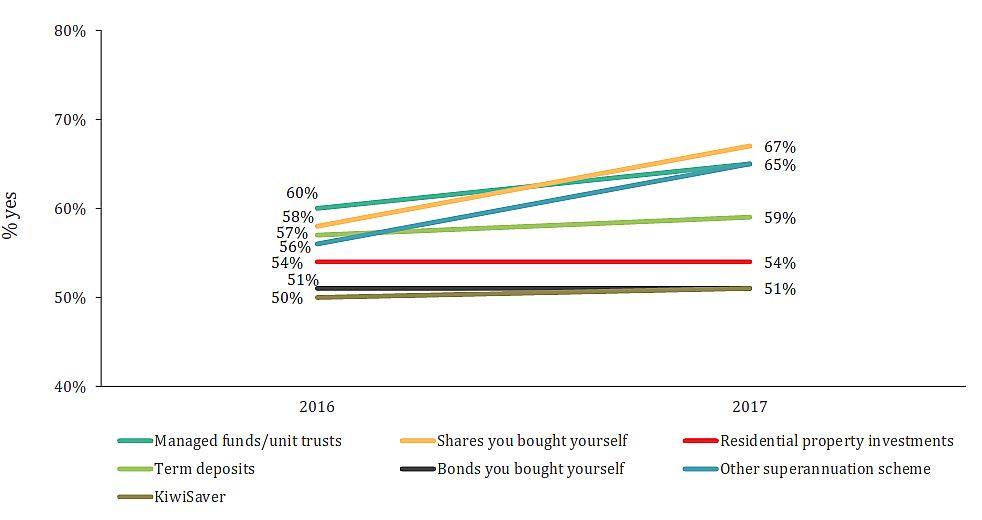 'Ahead of the pack'

Everett acknowledges KiwiSaver is an entry level product. But with more than 2.7 million New Zealanders having invested $40 billion in the scheme, he says KiwiSaver is becoming “more and more important” to the FMA.

“These are significant sums of money [for many people], who have no real experience or confidence in dealing with the materials or making decisions.”

The FMA is working on publishing more data around the scheme, such as that it released last year, which showed the extent to which default providers were engaging with their members.

He says this can be useful in giving providers a benchmark against which they could be trying to perform.

Challenged on just how hard authorities are really cracking down on KiwiSaver providers, by in December saying they have until 2018 to start disclosing fees in dollar terms on their member statements, Everett says: “If you look at retail managed funds in other parts of the world, the push here for dollar fees in statements is right ahead of the pack.

“I am impatient too because we only have that much time to wait to get people engaged. Where we’re pushing here on KiwiSaver is an example both to managed funds as a whole and also other jurisdictions that are facing the same issues.”

Everett says he understands some of the pushback from providers who have said it would take time to update their computer systems so they could disclose fees in dollar terms.

“The quicker [they do this], the better as far as we’re concerned.”

The FMA may not have to wait too much longer for the red residential investor confidence line to assume a slightly different trajectory !

I suspect that a big part of it is that a good majority of Kiwisaver members fall into the 'investors by accident' class, the same who have never bothered to change their investment profile from the default conservative setting. They may also be too busy to take time out to learn about investing.

I've talked to a few people like that and they aren't interested in changing from the default fund. They see the quantity increasing and they are happy. They don't realise the potential gains they are missing out on.

Same here. Most people I know who are my age (20 to 30) and are in KiwiSaver have no idea where their money is invested, the differences between funds, how fund providers vary, how to minimise provider tax etc. They just see a portion of their wages disappear each week and get a number to look at in their online banking. It's kinda sad considering you should be in an aggressive/growth fund when you're young and getting started in investing.

I'm not in KiwiSaver though so I don't need to worry about it.

You can lead a horse to water but you can't make it drink. Mostly.
One small thing that could happen though is that all members, of every provider, gets a one page position summary each year on the same day, with the same format.
I could then see the young guys sharing a flat comparing those, and just occasionally, a light bulb will go on in one or two of them.

The FMA may not have to wait too much longer for the Brown Kiwisaver investor confidence line to assume a slightly different trajectory ! Bonds/Equities at all time highs, only one direction from here. Also the FMA is forcing bad behaviour by insisting that each Kiwisaver provider use a risk rating based on the last 5 years of performance. That has meant that most Growth Funds have a rating of 4 out of 7, very dangerous! Deceptive and misleading in my opinion. Some Kiwisaver providers I have spoken to are really concerned that in the medium term this will negatively affect the perception of Kiwisaver as a savings vehicle.