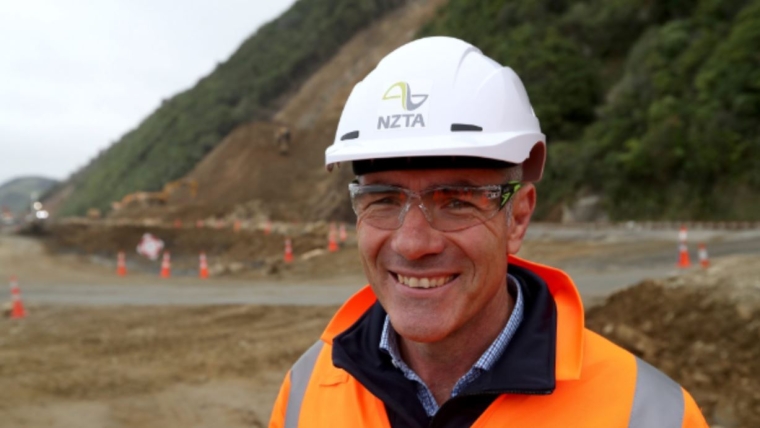 Another senior member of the National Party is resigning at the 2020 election.

The Otaki MP and former Minister for Primary Industries of five years, Nathan Guy, has announced he won’t stand for re-election.

The news follows Amy Adams last month stepping down from her role as finance spokesperson ahead of leaving politics altogether after the election.

Guy said his decision to leave politics was personal.

He believed National could win the election “because of the talented, hard-working group of MPs who are focussed on delivering policies that will make a difference to New Zealanders”.

He told Leader Simon Bridges of his decision 10 days ago - before the party's conference - and decided to make the announcement now to give National time to select a new candidate to represent the people of Otaki.

Guy's agriculture, biosecurity and food safety portfolio will be picked up by Todd Muller.

He has been moved from ninth on the party’s list to second from the bottom.

His departure will open up a seat Air New Zealand’s outgoing chief executive, Christopher Luxon, could potentially contest, should he run for the National Party. Luxon on Monday featured in the preferred prime minister ranks of the One News Colmar Brunton political poll.

“As Primary Industries Minister I am proud of my work leading the Government’s response to a blackmail 1080 threat to infant formula, that kept overseas markets open and ended in a successful prosecution,” Guy said.

“I have, and will continue to be a strong supporter of rural communities, especially as Minister through adverse events like the dairy downturn, prolonged North Canterbury drought, earthquakes and floods.

“I advocated hard for water storage projects and helped secure funding for a variety of projects including Central Plains stages one and two.”

The MP for the Wairarapa, Alastair Scott, also announced in June that he wouldn’t run at the next election. He is ranked 40th on the party list.

bricks are crumbling under the bridge????

..the Gnats are deserting a sinking ship ...

not a good look the week after the conference

At least he had the decency to do it at the election and avoid a costly by-election, something that was beyond the self-centered Jonathan Coleman.

If you look at National MPs over the last 3 or 4 elections there is about 20-25% rotation. Compare that to Labour where MPs only go if they lose an election or land in another political role cf. Phil Goff and Annette King.

That’s because National MPs, unlike Labour MPs, are not there for a lifelong career in the public service trough.

Glad to see Guy leaving. He was a fed farmers fanboy.

Far too broad a statement there.

Just to name a few.

Good riddance. Another one who's just going to sit on his duff like Amy Adams. If you don't want to be there, leave now.

Don't think they'd want to run Luxon in that electorate :-)

I'd rank him as no1 worst Ag minister ever. Never been able to understand farming's love affair with national when they dish up the likes of Guy.

I'd rank him as no1 worst Ag minister ever. Never been able to understand farming's love affair with national when they dish up the likes of Guy.

Speaking as part of the silent majority that pushed Key out for his futureless leadership I am pleased to see this short term thinker leave also. The party needs to rid itself of the profiteering fleas and build a future for itself...or...its socialism.