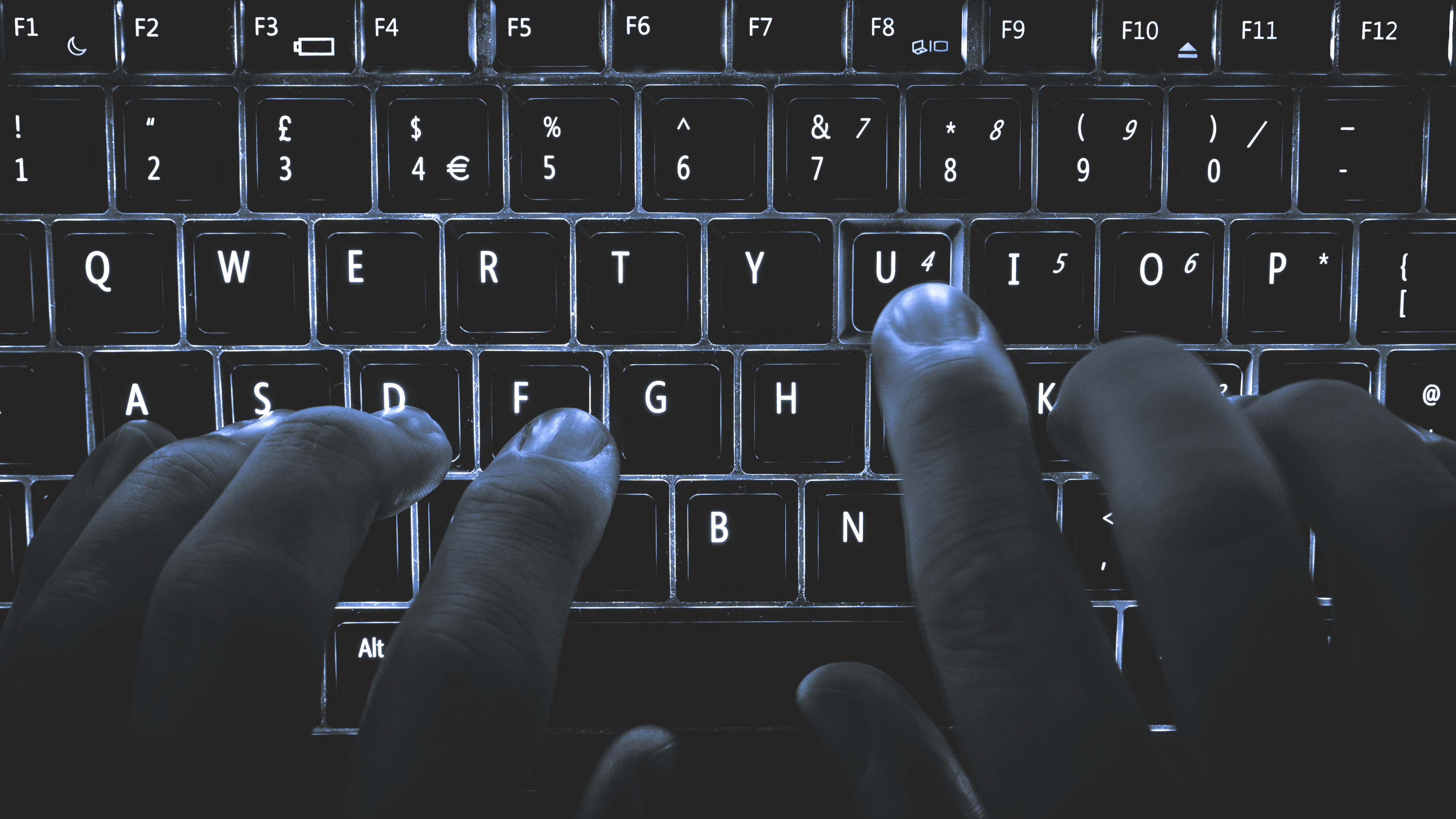 And she says it won’t increase the number of young people taking part in the democratic process either.

In the 2016 local body elections only 38.5% of eligible voters in Auckland bothered to cast a vote. Nationwide the turnout was just 43%. Voter apathy remains a real problem.

“Overseas experience is that online voting tends to be popular with those who are already likely to vote and who have high levels of digital literacy,” Molineaux says. “It does little to help add new people to the voter pool, and this holds even for young voters.”

Technology's not the problem

And Molineaux says the reason most people don’t vote in local body elections has little to do with the technology used.

She says the reasons people give for not voting include them not being interested in politics or local government; low levels of civics literacy; or people wanting to vote but simply not having enough information about the candidates, policies or issues.

In May last year the Auckland Council announced that it was planning to trial online voting at this year’s campaign. But its support was conditional on the government passing amendments to the Local Electoral Act 2001 in time to allow an online voting system to be trialled. The council also called for the management of the online security risks, confirmation of related costs and final Auckland Council approval before the trial could go ahead.

Auckland Mayor Phil Goff said at the time that online voting was the future and if the Auckland Council continued to rely solely on postal voting it risked losing a whole generation of voters. But the online voting trial was cancelled at the end of 2018 due to a lack of funding from central government and the fact the law changes wouldn’t make it through parliament in time for the election.

In an interview this week with Stuff Prime Minister Jacinda Ardern said she would like to see online voting in place for the local body elections in 2022. But she said the sticking point to date has been being able to provide a system that is both accessible and secure for voters.

Molineaux agrees security is a major concern that will have to be addressed before online voting can go ahead.

“IT security experts are unanimous that voting systems are vulnerable to hacking and corruption.”

In a report released in August which she authored titled: Solving and creating problems: Online voting in New Zealand she questioned the claims by councils about the cost of trialling online voting.

“The winning tender for the 2019 trial, Smartmatic, bid $4.2 million, but this was deemed too high by participating councils. $4.2 million for a software system is a drop in the bucket when compared to the $1 billion plus spending on IT services and systems (capital and operating systems) since the Auckland Council was formed in 2010 and new systems were built, or the more than $20 million spent on software for Auckland Council (excluding Watercare and Auckland Transport) in 2015 alone. Yet the trial was dropped ostensibly for cost reasons,” Molineaux said in the report.

But Molineaux says introducing online voting would still require a lot of work.

“Should it go ahead, the design of any new online system will need to be robust, and not done on the cheap. To win the trust of the local IT community it will require genuine consultation and openness about processes and design. That large scale IT projects routinely fail to meet their objectives or be on time or on budget, does not help with public confidence.”

“It will probably be popular with many people – witness the 82% online participation in Census 2018. But also note that the overall turnout with the Census dropped to a level that undermines the results, particularly for Māori and Pasifika residents. The census autopsy reveals a series of design problems, including an under-estimation of the number of people who wished to complete their forms on paper.”

“We know that the postal system is in decline, and that alternatives are needed for local elections,” Reid says. “Online voting is one possible alternative, and an Auckland Council survey showed voters overwhelmingly favoured it, but we’ll need to work closer with the government to assess its viability.”

He says it’s too early to say whether the nationwide turnout in the 2019 local body elections is up or down.

“So far, voter turnout across the country has been mixed. While there has been a narrative in the media that turnout is very low, in many areas it’s up, or very close to 2016 levels at the same time. The main areas where turnout appears to be done is in Auckland and Wellington. Rural and provincial areas tend to be much higher.”

According to Auckland electoral officer Dale Ofsoske as of Thursday afternoon 29.8% of Auckland's eligible voters had caste a vote.

When you go online you get to choose between a secret ballot (aka democracy), or a secure ballot, you can't have both secret and secure.

Your banking is secure because you can login and check if some bank worker moved your funds into their account, you can't do that with voting.

With paper ballots there are physical limits to how many votes can be altered without being detected.

Complexity and speed are two of the reasons that voting every 3 years, is becoming somewhat irrelevant.

Referenda are more likely to address topics which arise mid-term. They would demand more informed voters, and would deliver a bigger percentage of them voting.

less people are going to vote at referendum
just compare the flag referendum with the general election. (67% vs 79%)

fatigue would set in and you'd have the country run by retirees, the only people with time to stay informed. It'd be just like local government, yawn.

That is a radical suggestion: govt by retirees. Experience over wishful thinking, pragmatic over the law of unintended consequences.

I really like this idea; most of my fellow retirees are better informed and more realistic than my kids. Judging by comments on this site there are highly intelligent informed and considerate young people but they are a rarity as can be proved by reading the comments on some other blogs. So how about his deal: let only pensioners vote (your turn will come) but once a year non-pensioners can set the level of superannuation.

Changed my mind - make that retirees with children in NZ. That eliminates the short sighted greedy self-centred retirees.

Resistance to change over progress....

Thinking about my two decades in NZ: increasing congestion, reducing green spaces, families living in cars & garages. How about Resistance to change over a steady deterioration?

Pretty ridiculous assertion considering it's basically been retirees deciding elections for the past 20 odd years...

local problems often caused by central govt. Are national elections decided by retirees? Most of my issues with Auckland relate to unplanned rapid population growth that the local politicians have no control over. Result: deterioration (at least according to me - maybe young people knowing nothing else enjoy the hustle and bussle). I've spoken to some of the local politicians and they come in a range of ages - they are all trying to do their best.

TP- not if it was online.

Being a councilor is a part-time job, in many cases, for those with time on their hands and/or poor alternative employment prospects.

Being a Mayor is a full time job, where your No. 1 subordinate makes 3-4 times your salary.

If folks thought these elected officials had any real power/influence - voting would improve markedly.

How to fix this? Include in the elections, the Chief Executive's position... that'll improve turnout beyond anyone's wildest imagination.

Don't they do similar in the USA with police chief?

I also think that given Councillors are supposedly the decision makers - they really should be full time positions. Maybe that way they would have more time to actually research and educate themselves about the particular matters that cross their desk.

Also nz councils have very little real decision making ability, they are just their to implement the regulations decided on by central govt.

Just look at Tamiheres campaign promises in the AKL election. Most of them, e.g. harbour bridge, the council has no say on, and are areas funded and planned by central govt.

Completely agree that online voting is insecure, so is postal, and in person is also insecure I that people can falsely identify. But online offers the ability to scale an attack. There is no need to collect ballots by hand, you just man in the middle them.
By way of example look at viagogo.

In local body elections are an issue, then why not add them into the national parliament vote. Maybe run it every 4 years.

I don't see why online elections have to be insecure.

Biometric security on phones is pretty much on every phone now. Elections NZ should make a biometric secured voting app similar to banking apps. You log in with your password and fingerprint. Results can be audited by calling back say 1% of all voters and with alerts. Regularly update the apps, just like banks, re certifying and ensuring man-in-the-middle attacks are almost impossible. Security relationships are pretty good with the two biggest app store providers already. Then, just to make sure, physically send a summary of how you voted back to a physical address after each vote is made.

Would still be cheaper and hopefully engage more young people.

If you want to hack the election, call back 1% with an alert of their real vote, but then actually record their vote for the candidate you want to win.

Or are you suggesting that we store a record of votes, who voted and who they voted for, and then do the call back at a later date, after the votes have been tallied?

"just to make sure, physically send a summary of how you voted back to a physical address after each vote is made."

Again, when voting is electronic, how do you ensure what is in the summary is same as what is actually tallied. In a paper election we have election monitors in the counting room observing. physically paper is trivial to monitor and audit. digital system almost impossible.

And then the mainfreight boss requires all his workers to bring in this summary of their voting, to make sure they all voted for thecorrect guy?

Free and fair. To ensure the vote is free, we have a secret ballot. No one can know who you voted for, and thus no one can coerce you to vote for anyone other than who you want to.