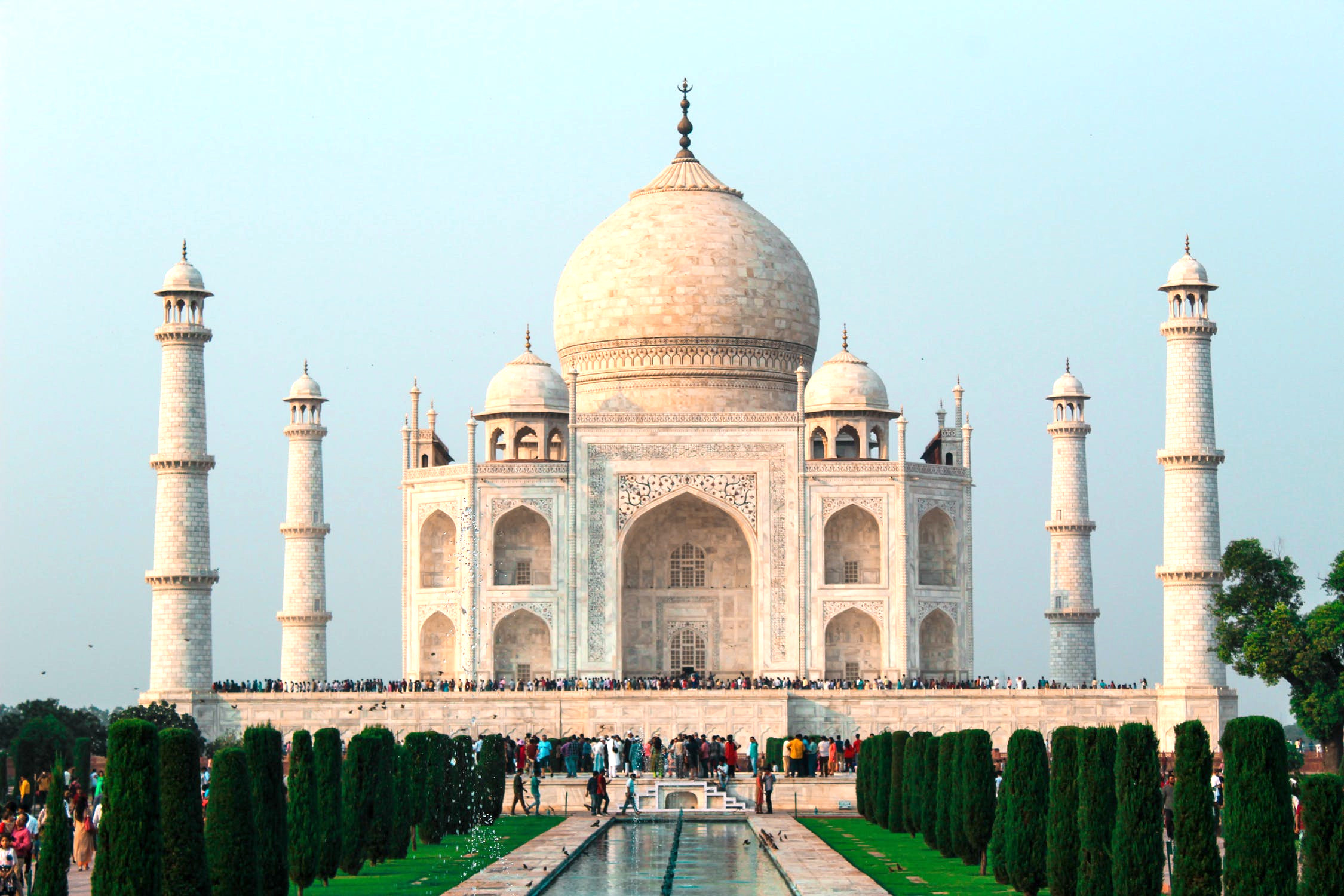 But the Minister of State for Trade and Export Growth Damien O’Connor is more than aware that finalising an agreement will be a major challenge.

The nations involved have a total GDP of around US$27 trillion, or 32% of global GDP. Something the Ministry of Foreign Affairs and Trade (MFAT) is cognisant of:

“This agreement has the potential to increase business across the board in New Zealand. It’s a comprehensive agreement, covering trade in goods, trade in services, investment, economic and technical cooperation, intellectual property, competition, e-commerce (digital trade), government procurement, dispute settlement/legal and institutional issues.”

O’Connor announced last Friday that he was heading to Thailand to attend the final RCEP ministerial meeting.

“The RCEP Agreement would anchor New Zealand in a regional agreement that covers 16 countries, almost half the world’s population and markets that take more than half our total exports. It could also provide us a free trade relationship with India, a fast-growing economy with a GDP of more than $2.6 trillion in 2018," O'Connor said in a press release.

But despite his optimism last weekend’s negotiations failed to deliver a final agreement. The leaders were hoping to finalise details relating to investment, e-commerce and rules of origin and trade remedies. But some overseas officials blamed India’s stonewalling for the lack of progress.

MFAT has previously stated that New Zealand already has Free Trade Agreements (FTAs) with almost all of the countries involved in RCEP. But the deal would help to create new free trade relationships with countries like India. And the fact the country is on track to become the world’s third largest economy in the next 10 years and in 2018 accounted for approximately 3% of global GDP means India is fast becoming major economic power.

Calls for an FTA between the two countries aren’t new. Ahead of an official trip to India in 2011 former PM John Key talked about the potential for a trade deal with India. And then when he visited the country again in 2016 he issued a joint statement with his Indian counterpart Narendra Modi including a commitment to continue to work towards an FTA.

But there doesn't appear to have been much progress since. When asked why previous attempts to negotiate an agreement with India have failed O’Connor says it hasn’t been due to New Zealand.

“In the bilateral FTA context, the ball has been in India’s court to bring forward a commercially meaningful market access offer that addresses New Zealand’s key export interests in all sectors, including dairy. Although the bilateral FTA process remains an element in our relations with India, in recent years the focus of both sides’ efforts has been primarily in the RCEP context.”

O’Connor says gaining meaningful access to India for all New Zealand’s exporters is an important element towards achieving a successful conclusion to RCEP.

And he says New Zealand’s dairy exports remain an important part of the equation.

“While India is the largest producer of dairy in the world, demand for dairy products in India is growing faster than domestic supply. This trend is expected to continue, even with increases in domestic production, and will compound the existing pressure on food price inflation. New Zealand seeks to complement local supply to meet demand growth from premium dairy foods importers in the organised sector.”

But O’Connor says our annual dairy production is less than 13% of India’s and we already supply more than 120 other markets around the world. This means New Zealand would only ever be able to supply a small share of India's dairy market.

However, despite O’Connor’s assurances there are still concerns in India about the potential impact New Zealand’s dairy industry could have on local producers.

Growing demand for dairy products in India, coupled with a limited domestic ability to meet that demand could create massive opportunities for New Zealand exporters.

But there has been noticeable opposition to the RCEP deal from a number of figures and groups in India, ranging from the managing director of Amul, the country’s largest dairy cooperative, to Indian cabinet ministers from the ruling BJP Party.

Recent reports from the subcontinent suggest that India has sought to exclude dairy imports from the agreement. Currently because of India’s tariff and non-tariff barriers on dairy imports, the only entry for foreign dairy corporations is generally through joint ventures, mergers or acquisitions of local dairy companies.

India has talked of plans to cut duties on 86% to 88% of imports from Australia and New Zealand, but it would include an auto trigger mechanism which would raise tariffs if it sees a sudden surge in imports on products from particular countries.

R.S. Sodhi is the managing director of Amul, India’s largest dairy cooperative. He outlined his thoughts on the RCEP agreement in recent comments to the Indian newspaper The Hindu, saying; “Dairy is not just a business in India, it’s a source of livelihood for millions. RCEP will cause widespread unemployment and reduce the income of rural farmers. And we don’t need it - government projections show there will be a surplus from domestic production itself,” he said. “At the end of the day it’s a question of whether you want to help 10,000 farmers in New Zealand or 10 crore [100 million] farmers in India.”

But Dairy Companies of New Zealand (DCANZ) executive director Kimberly Crewther remains optimistic about the chances of gaining greater access for the industry on the sub-continent.

"RCEP is an important opportunity to facilitate export growth and drive greater collaboration between New Zealand and India, with whom New Zealand currently has no FTA, as well as more broadly across the region. New Zealand and India have much to gain from working together to grow exports and remove barriers to trade, including in order to meet growing demand for high quality dairy products," she says. "We are aware that a number of countries have sensitivities regarding dairy market access, however, we are confident that officials can find a way forward and look forward to a high-quality, comprehensive outcome."

The 35th ASEAN Summit is due to start in Bangkok on October 31, but whether the RCEP negotiations are completed by then remains up in the air.

O’Connor remains optimistic a deal can still be reached, but he says it is important that there aren’t carve outs and exceptions.

“To be successfully concluded, the RCEP negotiations will need to deliver a modern, comprehensive and high quality outcome that is mutually beneficial, consistent with the original Guiding Principles. That requires commercially meaningful market access commitments by all participants.

"New Zealand’s negotiators are seeking market access for all of New Zealand’s key export interests across all sectors.”

In a March speech to the New Zealand India Trade Alliance (NZITA) ex-Treasury Secretary Gabriel Makhlouf said two way trade between the two countries was close to $3 billion in 2018.

“That’s almost double what it was five years earlier, which should put a smile on the face of NZITA members. The value of goods and services we import from India are both around three-quarters higher than they were in 2013, now sitting at $709 million and $248 million respectively."

Makhlouf said New Zealand’s goods and services exports to India between 2013 and 2015 had doubled from $1 billion to $2 billion.

“Back in 2013, the majority of those exports were goods worth $669 million compared with $408 million worth of services. But as of 2018 services have bolted well ahead. The value of goods has only risen slightly to $712 million while the value of services has more than tripled to $1.3 billion. Services account for almost the entire growth in the value of our exports to India in the last 5 years. The lion’s share of this has come from education and tourism. For many other areas such as ICT, logistics and financial services, there remains huge scope to raise the value of our services exports.”

Why hasn't India taken the lead in developing its own high quality trading agreements which it can roll out to those countries it chooses? Surely it should be at the centre of banking and trade in its own region?

India is the Big Brother, not very much liked by other smaller brothers in the Region.

India has a centrally planned and controlled economy with a high level of regulation and corruption. Until the government steps aside it will always be poor and never living up to its potential.

Our major export to India: logs, wool and coal. Our major imports from India: medicaments and ICT services

And now our government negotiators want more access to their dairy markets while India is fighting tooth and nail to improve its infrastructure so as to establish itself in the global supply chain for hi-tech manufacturing!

had a laugh yesterday asked a colleague how we would go arranging a FTA for beef exports to india,
he pointed out the irony they have plenty of beef exports which they would be happy to send here
but refuse imports due to the major reglion

We could just trade with Australia instead.

Plenty of roo pee's over there.

In 1980 the Indian and Chinese economies were the same size. Today China is 4 times larger. India continued with protectionism, a planned economy, and communism (the Indian Communist Party was quite large at the State level). China on the other hand adopted a more open economy and lifted millions out of poverty. It is only with Chairman Xi, who is a true communist believer, have we seen signs of the Chinese economy faltering. That's not a coincidence.

talk about rose tinted glasses, the government in china still controls everything, some people made money most are struggling, there has been billions of dollars sent out of china to all around the world mostly in property to protect against the state taking it off them.
china still shuts down imports a drop of a hat on the instructions of its government for political reasons that's not an open economy

I am well aware the evils of the CCP - if you look at my other posts you would clearly see that. However, my point about allowing free-ish enterprise still stands. And your points actually supports what I am saying. In the last few years China has gone backwards in opening up and allowing free enterprise and free people. Hence, the economic and social pressures they are facing. More freedom is the answer to both China and India's woes.

Balancing India's diverse population, with many active linguistically separate provinces/states with a unified approach, plan, execution, especially in a democratic set up, is a huge challenge. India has done that fairly well, at the cost of some growth. Growth without proper distribution leads to inequality, which is also a developing problem bin India.
Their main error was not pushing for education more intensively, after independence. That still persists.