A review of things you need to know before you go home on Monday; no rate changes, livestock prices fall, ministers travelling, Aussie retail struggling, swaps and NZD unchanged, & more

A review of things you need to know before you go home on Monday; no rate changes, livestock prices fall, ministers travelling, Aussie retail struggling, swaps and NZD unchanged, & more

WELLINGTON ON HOLIDAY
It has been a holiday in Wellington today. Very cold there apparently. There are no official data releases. Tomorrow it is also an official federal holiday in the US, MLK Day, the birthday of Martin Luther King Jr. Wall Street markets will be closed.

MINISTERS ON THE MOVE
David Parker, the Minister for Trade, is off to Davos. He says he is going to champion the cause of multilateral trade arrangements - but then he is also stopping in London to try to do a bilateral trade deal. Ron Mark is in Washington and Ottawa this week.

PRICE JOLTS
While we were all on vacation, the main meat processing buyers have been cutting livestock prices sharply, with beef and lamb prices down between -40c and -85c per kg. There are rather substantial reductions and have flowed through to the few yard sales that have been taking place. It is not a great way for livestock farmers to start the year. Details by grade and by processor are all in our rural databases. Not everyone thinks the falls will last, but it will be a nervous few weeks.

MEDIAN MULTIPLES
The annual Demographia "housing affordability" survey is out today and getting some oxygen on a slow news day. It claims the key test is the "median multiple", the relationship between the median house price and the median (gross) household income. It's main advantage is that it is simple to calculate, and covers hundreds of cities worldwide. But it is a very flawed measure. Virtually no-one buys a house for 'cash' from their household income. What they actually do is make payments on a mortgage from their take-home pay. The real-world test of affordability is serviceability, not median multiples. Fortunately we only have to make this point once each year, but some media like the cheap talking points. (There are other issues too, like ignoring income tax rates, shamelessly mixing income sources, and they all help make the Demographia index pretty meaningless.)

NO LONGER VIABLE
In Australia, analysts and landlords are watching with alarm as an unprecedented number of bricks-and-mortar store locations close in January. Apparently the holiday sales levels have been disappointing for many retail chains and they are pulling the plug. We counted more than 300 locations either closed or likey to close in the next week or so. It is not that unusual for retailers to give up at this time, but these numbers are unusually high. A pall of 'For Lease' signs is on the way.

AUSSIE WEATHER
In rural NSW, the weather forecasts predicted rain this weekend. But it wasn't rain they got, it was dust - giant dust storms.

BITCOIN HOLDS
Bitcoin is holding slightly lower at US$8,636. The bitcoin price is charted in the currency set below. 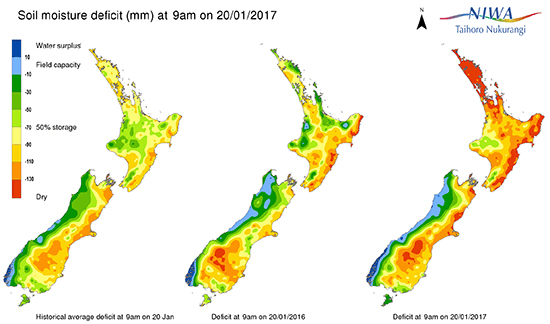 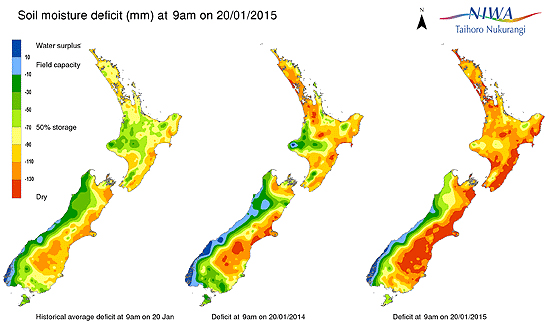 "The real-world test of affordability is serviceability, not median multiples."
A very significant point as "affordability" and "house prices" seem conjoined twins in any discussion.
However, it would have perhaps could have been qualified by inserting "current" before affordability given the often and reasonably significant fluctuations of mortgage rates.

One's preferred measure of affordability often seems to correspond to one's wider perspective on housing. If one measure alone was adequate then people wouldn't have come up with and used multiple measures to help describe the picture.

Focusing on serviceability alone misses out on some of that value in the other measures...as well as things such as how long it takes to save a deposit.

Agreed Rick
The bottom line is that there are unfortunately affordability issues what ever measure is used.
However mortgage interest rates are possibly more volatile in the short term than wages and house prices; currently a 0.5 percent change in mortgage rates represents a 15% change in affordability and is both more likely and more significant than wage and house price change.
The implication is that FHB need to be paying as much attention to likely future of mortgage rates as the housing market.
I agree with you that the ability to save a deposit is possibly the most significant difficulty FHB are currently facing.

Although interest rates can always go up at any time regardless of whether you are paying 2% or 20%. In fact I wouldn’t be surprised if the last 10 years have had the most stable mortgage rates ever.

While granted looking at serviceability may be superior, housing still isn’t affordable. Your just talking affordability in a relative sense versus recent history. The fact is these mortgages that are ‘serviceable’ will be a yoke over young families necks for their lives, in many cases locking them in to overpriced homes in far flung suburbs. There will be no inflation or great interest rate drops to save them, just 25-30 years of graft to pay off the mortgage on a 2.5 bedroom home before they shuffle off into retirement.

But it is a very flawed measure. Virtually no-one buys a house for 'cash' from their household income. What they actually do is make payments on a mortgage from their take-home pay. The real-world test of affordability is serviceability, not median multiples

Yes, it's flawed but it does at the least give an indication of the aggregate housing cost burden on a h'hold budget across different locations. As for "serviceability" being the real-world test, this is also seems to be smoke and mirrors used by the ruling elite and industry interests, depending on how serviceability is defined. For ex, given that interest rates are at a post-WWII low, you can use a wrong-headed argument that serviceability has never been better. This of course is nonsense.

It’s the low inflation that’s the killer. In theory a 20% mortgage rate on a $100k house costs as much in interest as a 2% mortgage rate on a $1 mil house. But the high mortgage rate is probably in response to high inflation which means after a few hard years your salary would have increased so much it will all be easy. Whereas young people today are probably committing themselves to at least a decade of hard slog and low pay rises.

JJ was certainly like that when I bought my first house in the 80's. A few years and the mortgage was nothing - thanks to Rob Muldoon! I think the Dem survey is really good as its simple enough for the average Joe to understand - income vs house prices. Anything else gets lost in complexity.

What is shocking is the staggerring bad numbers - the latest Govt has somehow acheived the impossible and made things worse! And with no real answers on the horizon either.

Wellington - Just got back from beach (lots of people in the water)- currently 22. Cold?

22 is probably 2 degrees too cold for the beach IMO

Have to remember beef and lamb prices have held historic highs for at least 6 months. Had to come down sooner or later , but it is a sudden drop rather than a steady decline.

A quick squizz at the soil moisture maps above may give a clue to the procurer's thinking.
Our little patch of green in the map is shrinking fast.

Wow, I see Hugh P is now talking up Singapore in terms of its housing approach.
From Houston to Singapore, who would have thought???

If you're not aware, 80% of Singaporeans live in public housing.

If you are National you would go more with the Texas approach, but they did nothing.

If you are labour, you would go with the Singapore approach, which is what they thought they were doing with Kiwi build and now with their Urban housing programme.

We are sorely lacking in political leadership in NZ.

On another subject mentioned, Australia, I am thinking that Australia is fast becoming the first country in the world to be officially be designated a crematorium. Not now perhaps, but certainly in the near to medium future. Their present Government will do anything to keep the coal-mines going gang-busters; but Australian voters generally have had their heads well and truly buried in the sand, which is not in short supply.

Demographia is not actually a "survey," despite the authors calling it as such. A survey is used to gather information from defined groups of individuals using a questionnaire.

But nor is it "fake news." It's a measurement of housing affordability using a consistent methodology over time.

And it has its use, despite some flaws. And to be fair to dear Hugh, it's helped bring attention to an awfully big policy and real world disaster, so I say all power to the guy...
I doubt he's made much if any money out of the endeavour over the years....

spot on Fritz, Hugh has had more influence on shaping future housing policy than he is given credit for, or that any political party will admit.

The main issue for both National and Labour is they have let the chasm get so big from where we are now to where we need to be, that they don't know, or have the courage to do what is necessary to bridge the gap.

Given that he is retired, there is no vested interest on his part for material gain and it gives him the freedom to lay out the facts without fear or favour. Which is too much for some - it got him banned from this site.

The median multiple doesn't assume you pay cash David, it just is pointing out that in jurisdictions that have more affordable housing, they have less debt to service, irrespective of how they pay it, ie in cash or via a mortgage.

You say serviceability is important, well it's a darn sight easier to service a debt based on 3x times median multiple than 8x, given the interest rates are the same in both places.

And of course it helps with LVR's as well as a 10% deposit on a million house is 20% deposit if that house only cost $500,000. The banks have better security and the homeowner less debt.

If the median multiple is greater than 3 to 4 x, it red flags that there is a monopoly, vested interest/bureaucratic delay etc. in the system.

These are non value added costs ie waste that could be removed without losing any amenity value of the asset.

But to those with a vested interest, what we call waste, to them is revenue.