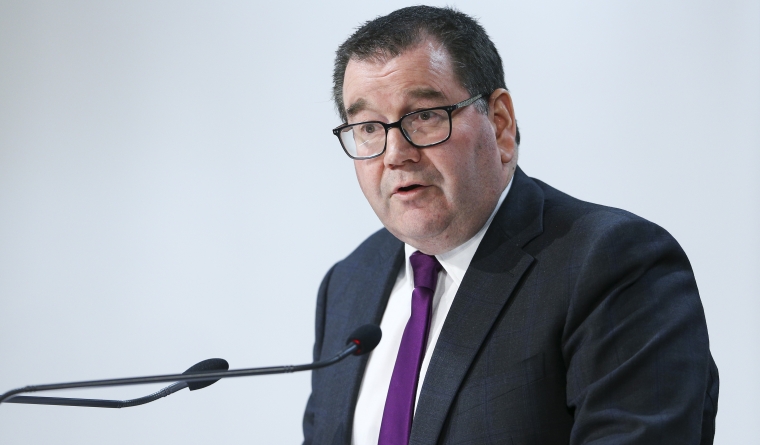 The first signs of the Government's COVID-19 debt pile up are starting to show in its accounts, with net core Crown debt increasing by $12.4 billion, or 18.6%, between March and April.

So net core Crown debt increased by about $300 million a day during March and April.

This is how Treasury at the May Budget forecast net core Crown debt increasing:

In April, core Crown expenses were up $16.5 billion from April 2019. $10.5 billion of this increase came from the wage subsidy.

Meanwhile core Crown revenue was only up $1.4 billion from the same time last year. Revenue from income tax was up 7.5% due to wage and employment growth. Revenue from GST was also up 5.4%, but this was offset by the corporate tax take being down 15.3%, mainly due to a change in the revenue calculation method that caused a one-off spike in April 2019.

The Crown's accounts were $12.8 billion in deficit in the 10 months to April - a $18.0 billion decline from the same time last year.

As an interesting aside, the Crown's net investment losses of $3.0 billion were half as bad as forecast in May, largely due to favourable changes in market prices, primarily relating to portfolios held by Super Fund and ACC. The first iteration of the wage subsidy provided employers $585.80 a week for 12 weeks per full time employee. This was paid in a lump sum. Businesses that qualify to have the subsidy extended, can get an extension for eight weeks. See this story for more on the eligibility criteria of the extended subsidy: https://www.interest.co.nz/business/105373/businesses-now-need-have-suffered-smaller-revenue-decline-be-eligible-extended-wage

Thanks Jenee. I guess that means the next 2 months should be a much lower deficit then.

It was for 12 weeks not 4 weeks and paid as a lump sum to businesses when they applied, the idea being to get money out into the hands of businesses quickly.

Only guessing but looks like they have included all 12 weeks rather than just accruing for the current month only. 12 weeks at $585.50 is about 1.5 million people. Actual number of people will be more than that as part time were paid less

It was paid as a lump sum so the money has actually left the government.

Yep, you're the only one not getting it.

Wage subsidy is good if not misused and if government had proper checks and balances (Though they have but with loopholes).

Many ways that wage subsidy has been misused and abused.

One : Companies that raise invoice to their clients have been advsied by their CA to raise the invoice after a month to their clients/sale so to be entitled for wage subsidy (40% fall in earning).

Second : Small retails on purpose are taking holiday/closing some days to reduce sale to qualify for wage subsidy as for many small businesses benefit of wage subsidy is much more that 40% loss of sale.

May have more ways/loopholes to avail. Who has the time and motivation to control and investigate.

If anyone wanted to know, it takes around $12 billion a month of government intervention to prevent the housing bubble from bursting.

I think the RBNZ may also have had a fair involvement... Poor Mr Orr has a sore ‘index‘ finger from pushing down so hard on the keyboard.

I don't believe those figures. Where did you get those from?

Finally someone who understands it. I bet you’re exhausted from explaining too.

Agreed but that payment ends soon then what ? Not hard to guess is it.

Sell the excess amount of laptops to some country ? Endeavour to get some money back in the bin.

IO, is the housing bubble the only thing that is saved by the wage subsidy? so if rents were at their 2002 levels (around $250 per week on average), then no wage subsidy was required? because food, energy, transport, clothing, household goods etc are all free in NZ?
A welfare state, ensures that there is always a growing effective demand for everything: health, education, housing (i.e. direct provision of housing as well as the more common form of cash assistance nowadays), food (redistributing money from the wealthy who will not need to spend to the less fluent who will spend it to the last cent and keep the demand going).... Is it a wonder that all these spending ends up in the wealthy pockets (the poor spend it to the last cent, the middle class spend almost all of it, upper middle class spend most of it with some small wealth accumulation). It is like a funnel with majority of people being the rim of the funnel and the very wealthy the mouth at the bottom.

It's officially out of control. God help us.

The rec(depr?)ession has already started......

NZ IS A STRONG COUNTRY WITH A HIGHLY SKILLED AND EXPERTISED WORK FORCE ALONG WITH A LARGE AMOUNT OF INNOVATORS AND ENTREPRENEURS .. WE HAVE ALOT OF VALUABLE RESOURCES, UNIVERSITIES AND INTELECTUAL ASSETS ..!! LOW DEBT .. COMPARED TO OTHER COUNTRIES ..!! AND GOOD GOVERNANCE AND UNIONS ..!! AND A STRONG STABLE HEALTHY ECONOMY WITH LOTS OF EQUITY & VALUE ..!!
I THINK IN THE LONG TERM .. NZ HAS A BRIGHT FUTURE AND WILL BE FINE ..!!
... THE DOOM AND GLOOM BELONGS TO ... $$ SPECULATERS AND XX .. TROUBLE MAKERS ..!!
NOT NZers ..!!

NZ IS A STRONG COUNTRY WITH A HIGHLY SKILLED AND EXPERTISED WORK FORCE ALONG WITH A LARGE AMOUNT OF INNOVATORS AND ENTREPRENEURS .. WE HAVE ALOT OF VALUABLE RESOURCES, UNIVERSITIES AND INTELECTUAL ASSETS ..!! LOW DEBT .. COMPARED TO OTHER COUNTRIES ..!! AND GOOD GOVERNANCE AND UNIONS ..!! AND A STRONG STABLE HEALTHY ECONOMY WITH LOTS OF EQUITY & VALUE ..!!
I THINK IN THE LONG TERM .. NZ HAS A BRIGHT FUTURE AND WILL BE FINE ..!!
... THE DOOM AND GLOOM BELONGS TO ... $$ SPECULATERS AND XX .. TROUBLE MAKERS ..!!
NOT NZers ..!!

I'd love to be able to take careful consideration of what you're saying. But do you realise that your excessive use of capital letters and exclamation marks is the text equivalent of shouting? If you want people to take you seriously, try not to shout at them..

Man, I really feel sorry for next generations. We pumped up the housing price, so most of them couldnt get houses. We gave out money freely just to prevent housing price fall, so they will have to pay more taxes to pay off the debt that we borrowed. One day younger generation will realise that New Zealand is not a liveable country for them anymore. When that day comes, we can just play this property game by ourselves.

The young won't have to pay more taxes if they choose not to. The economy will most likely grow reducing the debt to gdp ratio over time anyway. But if it doesn't, the debt quietly sits on the RB balance sheet - one pocket of government owing the other - and it can quietly be forgotten about - because after all it is just keystrokes - not gold or some foreign currency liability. As long as the ongoing deficit spending doesn't create undue inflation why would you care? That is the full value of the tool which fiat money is to a sovereign government like NZ. It can deficit spend functionally without worry about default, rising interest rates or gold standards or foreign exchange reserves to defend. The real economy is what counts. The best thing to leave our children is a productive economy that can do more with less labour and support the oldies with fewer workers. That comes from investment. And investment comes when you have an economy at full capacity.

That's a bit melodramatic isn't it. We're no where near what Greece was or has become. To put it in perspective our debt would need to be around 410 US billion by the end of 2020 (based on our projected year end gdp and Greece's current debt ratio). That would mean a further 330 US billion odd in debt. I don't think even the most profligate, irresponsible government could ever achieve that.

No problem. It seems once everybody is on government income (benefits, WFF, super, or an MP) nobody will have to work. The debt will just grow and everything will be wonderful.
The wonder of a Labour government.
(and everybody will vote for them because they are dependent on their decisions - magic !)

Like National would have done much different in the current circumstances.

I'll bet not a single one , those who have lost their jobs are likely at the pay lowest level .

We could save $700,000 a year getting rid of the fool who runs Watercare for starters .

There is no way in hell someone managing a local utility like Watercare , which does not have to break -even , and where all decisions are made by committees , is worth that kind of money anywhere on earth.

Its a scandal , an outrage in fact

Plus he can spend money like water, like all his cohorts in "Public Servitude".......plus of course a little compounding interest to seal the deal, for ever and ever.....Thanks a bunch....Not.!