APEC to be hosted virtually, as Government can't guarantee it'll be able to let large numbers of people into NZ from late-2020 ahead of the November 2021 event

APEC to be hosted virtually, as Government can't guarantee it'll be able to let large numbers of people into NZ from late-2020 ahead of the November 2021 event 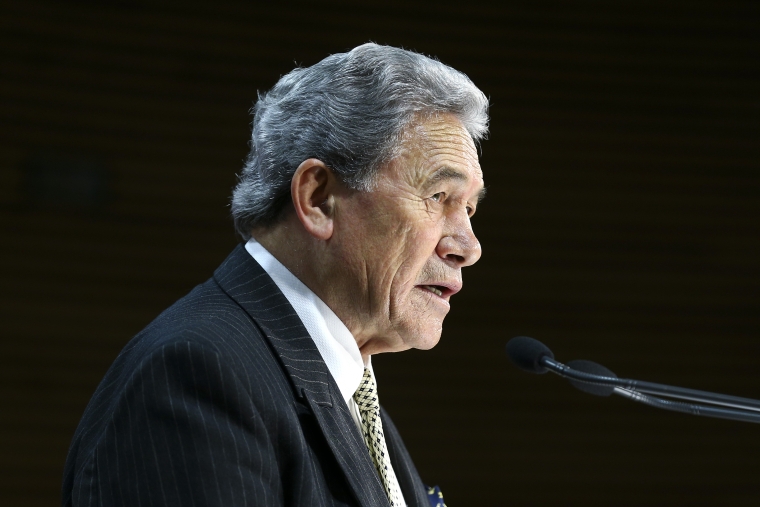 New Zealand will host the major Asia-Pacific Economic Cooperation (APEC) conference virtually, rather than in Auckland, next year.

“Given the current global environment, planning to have such a large volume of high-level visitors in New Zealand from late 2020 onwards is impractical,” Foreign Affairs Minister Winston Peters said.

“For planning and security reasons, we had to make a call on our APEC hosting now. It wasn’t practical to wait for many more months till a clearer picture of the virus’ spread emerged.

“While Leaders’ Week isn’t till November 2021, if we had hosted an in-person APEC we would have seen thousands of people entering NZ from late 2020 onwards, some from COVID-19 hotspots. We simply couldn’t guarantee these people would be able to enter New Zealand without being quarantined.”

I'm disappointed that Auckland won't be physically hosting APEC 2021. It would have been an amazing opportunity for us to showcase what we have to the world. However, given the uncertain times with COVID 19, it makes sense that the meeting has now moved to a virtual platform.

The announcement comes as a loosening of border restrictions looks highly unlikely before the September 19 election.

Having international students enter the country in time for the second trimester, which begins in mid-July, is a no-go.

Finance Minister Grant Robertson told those tuned in to a Bloomberg webinar that getting students in would “take time”, as managed isolation facilities are stretched accommodating for returning New Zealand - many of whom are coming from Australia. The Government deems university halls of residence, most of which have shared bathrooms, inappropriate for isolating students.

Prime Minister Jacinda Ardern on Monday said it was not “unrealistic” for a trans-Tasman bubble to happen this year.

But she said it was “untenable” to consider opening New Zealand’s borders, dubbing any such suggestion “dangerous”.

935 workers and their families given exemptions to enter NZ

As for ramping up the number of overseas workers given exemptions to do non-health-related essential work in the New Zealand, Ardern last week said she didn’t expect the approval rate to increase.

Economic Development Minister Phil Twyford granted 935 exemptions to workers and their families as at June 18, according to figures provided to interest.co.nz.

These exemptions cover two America’s Cup teams, which represent 188 workers and 232 family members. Others include Avatar film crew and a few people with expertise in aviation, wastewater, electricity and oil and gas.

Applications for 2,189 people were declined.

After June 18, the criteria for what was relabelled ‘other critical worker’ border exemptions was tweaked, and Immigration NZ took over the management of these.

While these workers need to cover their own accommodation and food costs in managed isolation, the Government hasn't yet decided whether it will charge returning New Zealanders.

Ardern on Monday indicated it was more likely New Zealanders who willingly leave the country now, might need to pay on their return.

National leader Todd Muller said New Zealanders need to know how and when the border would “progressively be reopened, because not doing that is untenable”.

“New Zealanders deserve the highest standards to protect them from getting Covid-19, both at the border and when it comes to tracking and tracing in the event of cases in the community,” he said.

“Locking down what’s left of the economy and waiting for a vaccine isn’t an option.”

APEC has been becoming a rather unimportant and meaningless meeting as both China and the US are snubing it and work on their own circles of interests.

Comrade, do you have a regular job or are you paid per comment ?

You misheard, It was a bat, and it was turned into soup...

Only if Curiosity was a butcher based in a wet market near you comrade.

And here is a thought for you. NZ has 1.7mm workers on wage support from a population of 5mm.

The equivalent number in the PRC is over 420mm people. How long before your position is axed ?

Did you also formerly work as CV writer for Jian Yang?

The chinese version of good relations.. when NZers drop to their knees and kiss the ring.

I thought their planned home at SkyCity had burned down anyway?! It was a 'hotspot' even before Covid became one.
https://www.nzherald.co.nz/nz/news/article.cfm?c_id=1&objectid=12308433

I hope some of those 935 overseas workers are here to dig holes for the CRL or have demonstrated (successful) expertise in planning, executing and managing decent-sized infrastructure projects because none of the experts already here seems to have things under control.

I was going to say they'd have to finished some of the 4 billion road works jobs they have going on in the Akl CBD before they could host it.

What a shame not hosting such an internationally prestigious event

It was doomed right when the Convention Center caught fire. It won't be ready anyway and neither is Aotearoa to host APEC. Good riddance, for now. Catch you later, after a few years.

Could have been Queenstown.

What's with the full photo-portrait of Winston Peters at the head of this article?
It was only a week or two ago that Winston was on the TV news lambasting anyone who would listen, in his best Muldoon manner, that we should be opening up our borders to Australians pronto.
I've heard nothing more from the media as to whether he still holds these views.
Why haven't the media asked him if he still holds this view or has he done an about turn in the face of increased Covid cases in Australia? Inotherwords, if NZ had followed Winston's advice, we would now be importing Covid cases from Australia holus-bolus.
Are journalists too faint-hearted to tackle him on this huge lapse of judgment unworthy of a senior parliamentarian?

WP's bluff has been called, twice, by the EU as well.

For how long has he known his talk of travel bubble was bollocks.

It's now in the open that Winston's NZF and Shane Jones are now doing our oligarch's bidding: on TV3 news this evening it was revealed that NZF's Shane Jones received a contribution of $10,000 from Talley's the company who are heavily involved in avoiding cameras being installed on all fishing trawlers. The NZF Foundation was given around $27,500 by Talley's. NZF is understood to have undermined Labours Stuart Nash's attempt to have cameras installed on every fishing trip by every commercial trawler.
No wonder we're running out of fish, seabirds, penguins and other marine species: the likes of Talley's are plundering and laying waste our coastal waters. This collaboration between NZF and Talleys is just like Russian's Putin and his mates, the oligarchs. Who would believe this would happen in NZ; well, Talleys, you are privileged to be counted among NZ's official oligarchs in league with some of our politicians.

The few times I've heard of democracy for sale in New Zealand, it usually seems cheap!