Robertson talks up, but doesn't officially campaign on, social insurance; Says it's unlikely to be 'fully implemented' in next term of government should Labour be re-elected

Robertson talks up, but doesn't officially campaign on, social insurance; Says it's unlikely to be 'fully implemented' in next term of government should Labour be re-elected 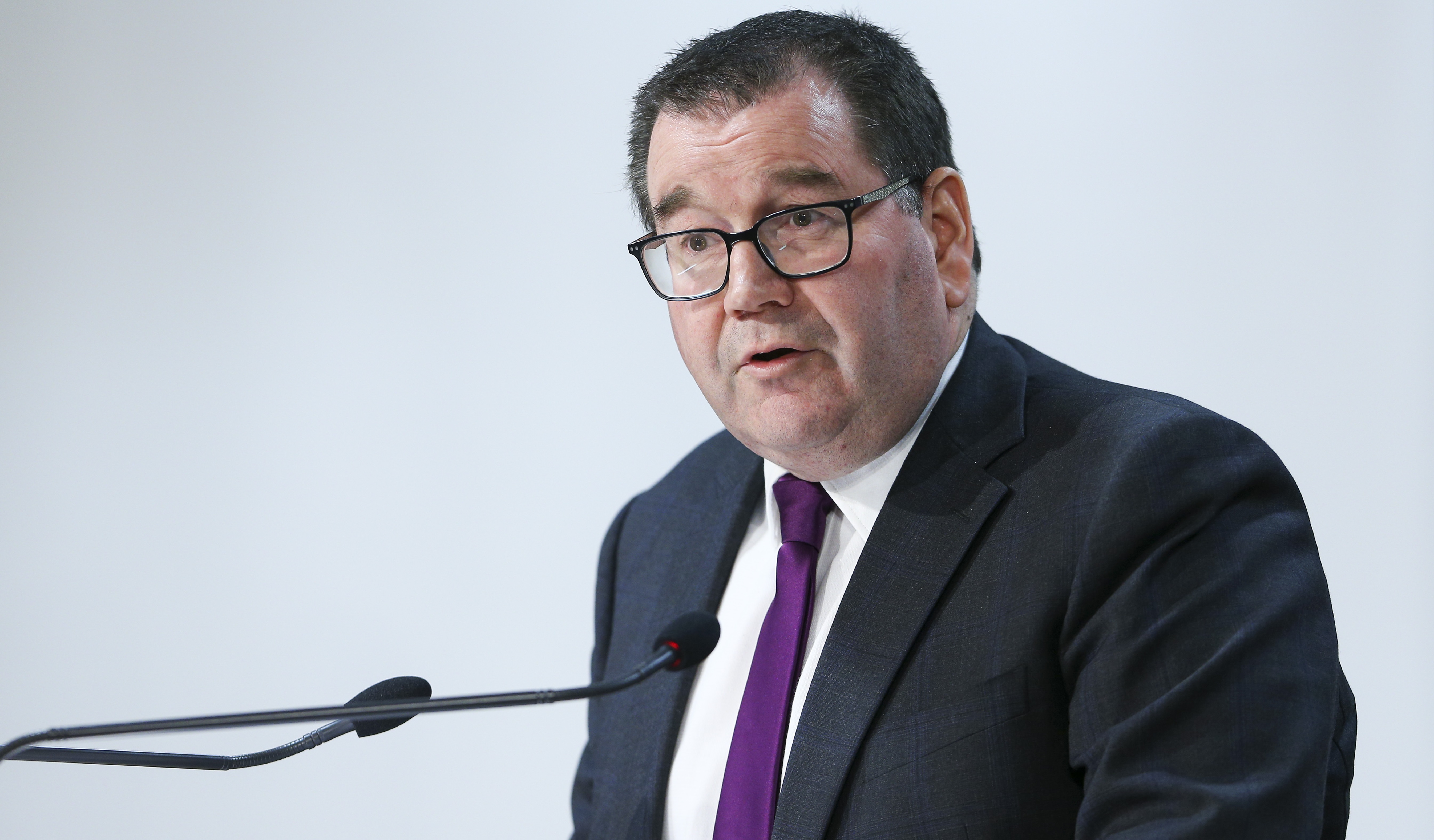 But he told RNZ’s Morning Report it was unlikely the scheme would be “fully implemented” in the next term of government.

Robertson said he would “of course” seek a public mandate before forging ahead with such a scheme.

However, Labour hasn’t (yet at least) released an official 2020 election policy on social insurance.

Robertson in early August told interest.co.nz he maintained New Zealand needed a sustainable scheme, which gave people security and kept them connected to the labour market.

Labour leader Jacinda Ardern also threw her support behind the concept, saying she didn’t want to keep seeing a “pattern” of “ad hoc” responses in times of crisis.

In other words, rather than provide temporary support outside of the regular welfare system, like the Covid Income Relief Payment, Ardern said she wanted a permanent scheme to support people who lose their jobs.

Robertson said more policy work had to be done to determine whether everyone who suffers a job loss should receive the same amount of money (which would be more than Jobseeker Support) via the scheme, or whether they should receive an amount equivalent to a portion of the income they previously earned.

He referenced ACC and indicated the scheme could be paid for by a combination of employer, employee and government contributions.

On Morning Report, National’s finance spokesperson Paul Goldsmith was quick to point out a levy was an extra “tax”.

Social insurance something ACT and Labour see eye-to-eye on

As interest.co.nz reported in August, it’s unlikely the Green Party would support a social insurance scheme should it form a government with Labour.

It wants the country’s welfare system boosted in line with recommendations made by the Government’s Welfare Expert Advisory Group.

The Green Party also wants to ensure that everyone who isn’t in paid full-time work, including students and part-timers, receives a ‘Guaranteed Minimum Income’ payment of at least $325 a week after tax. Single, childless people on Jobseeker Support currently receive $251.

ACT on the other hand, is campaigning on introducing an unemployment insurance regime under which someone who loses their job would get up to 55% of their average weekly earnings over the previous year. The maximum they’d get over a year would be $60,000.

The payment could be claimed for one week for each five weeks the person has worked, up to a maximum of 26 weeks per claim. So someone who has worked continuously for only one year could claim up to 10 weeks’ cover.

The Productivity Commission in March published a report that investigated ways a social insurance scheme might be designed. For more on this, see interest.co.nz’s August piece.

The latest Ministry of Social Development figures show an additional 1,498 people went on Jobseeker Support in the week to September 18.

Meanwhile as at the end of last week there were 14,573 people receiving the Covid Income Relief Payment.

People may be eligible to receive this if they lose/lost their job between March 1, 2020 and October 30, 2020. It’s a 12-week payment that’s worth more than Jobseeker Support in most cases.

Of the 2,743 people who cancelled the payment in the week to September 18, only 91 did so because they obtained work. The bulk of the others cancelled because the 12-week payment ran out.

Since the payment became available in June, 34,023 people have received it.

Both are dumb ideas. We don't need either.

Actually, given the rapid rise of our four tier society - the extremely wealthy, what passes as wealthy these days (which is really just the ability to own your own home), the working poor and absolute poverty yes we do.

Given that there has been a silent privatisation of the health system, where private health is far more privileged than public due to deliberate underfunding, yes we do.

It comes down to conscience, empathy, acknowledgement of privilege and desire for a better society.

We need a system to pay for your mortgage on the house that you overpaid for and didn't save enough deposit to buy when you loose your job. Total BS. Personal Responsibility is what needs to be taught not more and more welfare to support the debt fueled lifestyle.

Mine only kicks in if I lose my job (or ability to work in my field) due to health issues. I'm guessing there are more general such insurances, but they must be really expensive

That is expensive and unavailable to large swathes of the population due to insurance risk assessment, which is inherently biased

"Personal Responsibility is what needs to be taught".
Agreed. Oz is looking at going further that way in March 2021, at least as far as making borrowers responsible, and not their banks...
See "Never Mind The Credit Quality: Feel The Width!" on the DFA site:
https://www.youtube.com/watch?v=QzA1vOSRBZU&feature=emb_rel_pause
ASIC will not longer enforce the (2009) responsible lending laws for banks (to reduce red tape and increase the flow of credit to consumers and businesses).
Banks will be able to rely on the information provided by borrowers (replacing 'lender beware' with borrower responsibility).
Martin North at the end: "The future is more debt...the banks will be able to lend more, make more money, so everybody that counts is fine...the consumer is cannon-fodder".

Will be interesting to see if this idea surfaces in NZ if the Ponzi starts struggling to maintain it's inflows.

Talk about everything except for the gigantic elephant in the room.... we are not fools!

Goldsmith said a social insurance scheme wasn’t on National’s agenda
ACT on the other hand, is campaigning on introducing an unemployment insurance regime

No wonder National is losing voters right and centre.
Conservatives would love nothing better than to have a user-pay welfare payments model. It takes lifetime beneficiaries out of the equation.

For those sitting at the centre of our political system, such schemes allow more fiscal room for the government to invest in core services and infrastructure (give a fish, teach 'em to fish).

Be interesting to see what they come up with.

We shouldn't be quick to brush aside such policies as right-wing. The world around us is changing rapidly and mid-skilled occupations are next in line on the tech-induced chopping block.
The taxpayer guarantees a minimum welfare amount and working individuals have options to top up the amount by paying a premium out of every paycheck - a better incentive for beneficiaries to get back into the workforce.
The insurance fund could hedge its own financial position by making productive investments into the economy that produce well-paying, secure jobs for its levy-payers.

ACT are neo liberal through and through. Smart ideas? More like regurgitated rubbish from the 80s. It's laughable that the left get called loony - the backers of ACT can hardly be called respectable, or even sane.

Yep I'm going to be a first time ACT voter this year, the other parties have finally lost any plans to go forward. Looks like ACT will get 7 to 9% of the vote, maybe even higher on election day. Plus I need to be able to vote for someone will balls, literally.

Social insurance will be tax in another guise

What a crock of an idea. Just like ACC. People who don't do dumb sh1t and hurt themselves subsidise those who do. Why should someone who is self employed pay a levy to support those who aren't and lose their jobs?? A voluntary scheme is an idea worth pursuing but a mandatory levy on all taxpayers is a bridge way too far

Personal responsibility. If you can't save 25% you should not be be buying and learn to live within your means until you have saved a sufficient deposit. This will mean cutting out after pay and the latest iPhone, 4k TV, netflix and spotify and new car bought on credit.
It also means saving enough to survive for 6 months if you loose your job.

1) We run a monetary system based on price stability and inflation targeting which REQUIRES a proportion of the population to be unemployed through no fault of their own.

2) Current support levels for the unemployed aren't even sufficient before considering the issue of whether there should be social insurance (subsidy) of those lucky enough to have been employed.

3) The government could probably do a lot in discussion with the private insurance sector to make transitional private social insurance (unemployment insurance) policies freely available in the market ( say 80% of previously wage down to 0% over 6 or 12 months), irrespective of the cause of job loss.

Good points, I personally prefer option 4 - there is no free ride or guarantees in life, best people adjust to and accept that.

So do I at first glance, but the more we let people fall through the cracks, the worse for all of us

The idea of the benefit kicking in at 80% of previous earnings, and tapering to normal over a period is awesome, and an 80/20 fix for this whole malarkey.

Just what we need ...a U.S. style time limited unemployment insurance scheme (cos it works so well for them )

Interesting that these announcements never talk about where they'll park the premiums...

If people want income insurance (which I did when I had kids and mortgage) it readily available.

The bigger issue is whether there are similar job/incomes available. Income scarring is more about having to take a lower paid job rather than income protection during the job search process.