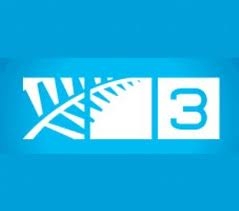 Interest.co.nz understands TPG has bought MediaWorks' debt with a face value of NZ$70 million from ASB's parent Commonwealth Bank of Australia at a significant discount making it the company's biggest debt holder with about 17%. The debt is part of MediaWorks' NZ$388 million senior loan with other senior lenders including BNZ, Westpac, Bank of Scotland International, which is now part of Lloyds Banking Group, JP Morgan and Rabobank.

TPG led a move on Australian energy group Alinta Energy that culminated earlier this year in its shareholders handing control over to lenders and retrieving just A10 cents in the dollar after a near three-year battle. Alinta's lending syndicate secured control of the group's assets after a A$2.1 billion debt-for-equity swap was approved by creditors and unitholders. See more on this in The Australian here.

Interest.co.nz understands TPG has similar long-term ambitions for MediaWorks, regarding its current debt load - said to be equivalent to about 11 times earnings before interest, tax, depreciation and amortisation (EBITDA) - as about twice as much debt as the business can realistically carry, which is untenable and holding back a company with good businesses.

MediaWorks owns TV3, TV4 and a stable of radio stations including Radio Live, More FM, The Rock and Mai. Australian private equity group Ironbridge bought MediaWorks through a leveraged buyout in 2007 from 70% owner Canada's CanWest Global and minority shareholders including Brook Asset Management in a deal valued at about NZ$790 million.

Aside from MediaWorks' senior loan, the company has a further NZ$97 million of subordinated debt that's held by Halifax Bank of Scotland, Royal Bank of Scotland and Ironbridge. There's also a NZ$24 million payment-in-kind facility managed by Goldman Sachs and the controversial NZ$43 million "deferred spectrum payment" with the government for the renewal of radio licences for the 20 years to 2031. MediaWorks is charged interest at 11.2% per annum for the latter, which runs for 50 months.

If TPG were to get its way a major capital restructure, possibly a debt-for-equity swap, could be on the cards at MediaWorks with Ironbridge potentially facing the crystalisation of a complete loss on its shareholding. MediaWorks is, however, said to be trading to budget with Ironbridge approving around NZ$20 million investment in programming next year.

TPG already in the media business

TPG has been operating in Australasia for about 10 years and tried to buy Carter Holt Harvey in 2005 but was outbid by Graeme Hart. It also launched a takeover bid for casino operator SkyCity in 2007 that was ultimately curtailed by the global financial crisis. it also bid unsuccessfully for Shell's New Zealand fuel retail and distribution business (now known as Z Energy), which was bought last year by Infratil and the New Zealand Superannuation Fund for NZ$696.5 million.

TPG says it has about US$50 billion of capital under management and specialises in "recognising value, or the potential for value, where others do not." In Australia TPG has been targeted by the Australian Taxation Office, which has sought A$739 million from TPG's sale of retailer Myer.

Goldman Sachs a player too

It appears that these banks, like Goldman Sachs, converted debt in MediaWorks into equity in the capital restructure.