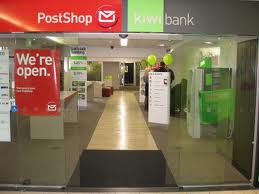 The bank, a subsidiary of state owned enterprise New Zealand Post, made net profit after tax of NZ$20.4 million in the three months to December 31, according to its latest General Disclosure Statement (GDS). This was up NZ$15.2 million from NZ$5.2 million in the same period of the previous year.

Kiwibank's deposits grew at almost twice the rate of lending during the quarter, up NZ$489 million to NZ$11.716 billion versus a NZ$215 million rise in total loans and advances to NZ$12.068 billion. Residential mortgage lending growth was slightly stronger than overall lending growth, however, up NZ$261 million to NZ$11.2 billion. BNZ, the only other one of the big five banks to issue its December quarter GDS thus far, grew housing loans by NZ$244 million and lending to businesses at more than double that pace.

The government controlled bank's GDS was issued as Kiwibank released its half-year financial results yesterday. They showed net profit after tax almost trebling to NZ$37.9 million, net interest margins up 27 basis points to 1.69%, a 10%, or NZ$1.1 billion, rise in lending, cost to income ratio improving to 65% from 70%, and return on equity up to 11.42% from 4.68%.

Kiwibank also received a NZ$50 million capital injection from NZ Post in December, shortly before its January acquisition of fund management business Gareth Morgan Investments for an as yet undisclosed sum.

CEO Paul Brock said the majority of lending growth was coming from winning customers over from rival banks. Aside from this, there was some mortgage market growth in Auckland. A major reason for the improved net interest margin was the continuing popularity of more lucrative floating mortgages over fixed-term ones. Kiwibank said nearly 60% of its residential mortgage book is now on floating rates, up from about 56% at June 30 last year and 38% at June 30, 2010.

Brock said Kiwibank was aiming to build up its life insurance business through its retail network.

"We have a great opportunity with our existing customer base and also those new customers coming on board. Kiwibank has quite a young customer base which we believe to be under insured," said Brock.

Kiwibank markets and sells both its own and outsourced insurance products from the likes of Tower.

Another growth push from Kiwibank is its finance company, Kiwi Asset Finance. It was set up in December 2010 to provide vehicle, plant and equipment loans. In January Stephen Cole, Kiwi Asset Finance's CEO, told interest.co.nz the business had thus far lent about NZ$20 million and was looking to grow this to about NZ$100 million over five years.

Cole and long time business associate Leo Davis bought a 20% stake in the finance company last October. The GDS notes Kiwibank must buy this stake back sometime between July 2016 and 2018 and has recognised a deferred settlement liability for this obligation which has a fair value of NZ$1.8 million. This comes after Kiwibank last year tipped NZ$4 million into the business through issuing itself 4 million Kiwi Asset Finance shares at NZ$1 each. Subsequent to that it issued 1 million shares to Cole and Davis's Endeavour Securities Ltd.

Speaking to interest.co.nz's Alex Tarrant after the results briefing, Brock said the level of NZ$200 million worth of additional capital analysts at First NZ Capital estimate Kiwibank needs over the next four years to become a self sustaining, dividend paying business would probably only cover the additional capital the bank will be required to hold under the incoming global Basel III capital requirements.

"Basel III means we need to be on a stronger regulatory capital track," said Brock. "That will involve significantly more capital, in the order of the sort of numbers you're talking about (NZ$200 million) in that alone. Outside of that you've got the degree of growth and aggression Kiwibank wants to have, including diversification into small business. All of that will require capital."

The majority of that capital will come from our profits and retained earnings but there will be a need for additional capital," said Brock.

He also noted that the rate of future growth was dependent on the track the currently sluggish economy takes.

"significantly more capital".....what happens if there is the promised recession in Europe the UK China and yes the usa once the lying is over...what then?...is this a candidate for a billion dollar taxpayer bailout...and a fatter salary for Brock!

Oh and lookee here...the PARASITES are stealing from customers...and the govt couldn't give a dam!
"Banks operate in several despicable ways, and one is the honour and dishonour fee rort. If there isn't enough money in an account to cover a withdrawal or direct debit, the bank lets it go through, but then hits the customer with an honour fee, or unarranged overdraft fee."
http://www.nzherald.co.nz/business/news/article.cfm?c_id=3&objectid=10787794