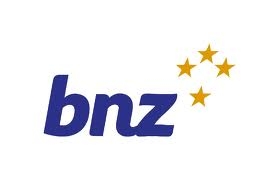 BNZ's half-year cash earnings are its highest ever, topping last year's figure, which was the previous highest. They come after its fellow Australian owned banks - ANZ NZ, Westpac NZ and ASB - also recorded record half-year cash earnings, with the combined figure from the big four reaching NZ$1.705 billion, up NZ$392 million, or almost 30%, from NZ$1.313 billion in the first half of their previous financial years.

NAB said BNZ lifted its market share in key lending segments during the half, including agribusiness which rose to 21.1% from 20.8% at September 30 last year, while its market share of housing held stable at 16.2%.

"The average volumes of retail deposits also grew strongly, rising by NZ$3.1 billion, or 10.2% (from March 2011), further strengthening the balance sheet and growing market share by 70 basis points to 18.7%," NAB said of BNZ.

Meanwhile, BNZ's charge for bad and doubtful debts fell NZ$61 million, or 64.2% to NZ$34 million due to lower specific provisions on business exposures, strong credit card collections, and an improvement in asset quality.

"It's testament to our strength. It’s this strength that allows BNZ to continue to be a bank that will help the local economy as we face into the challenging times that are ahead," Thorburn said.

“Growing our share of locally sourced deposits and a further capital investment of NZ$400 million announced today by our parent bank National Australia Bank combines to further strengthen the fundamentals of the bank and positions us well to support growth in New Zealand," Thorburn added. "This further increases BNZ’s capital strength in advance of Basel III implementation.”

The bank's operating expenses fell NZ$6 million, or just under 2%, to NZ$375 million from NZ$369 million in the first-half of the previous financial year with net operating income up NZ$79 million, or 9%, to NZ$944 million.

NZ Heads... I think you'll find that both the banks, and the RBNZ, are more than happy having their customers remaining on floating. One makes bigger margins whilst that's the case, and the other knows it will have less difficulty resonding to any future inflation risks because it can create instant pain to a floating rate borrower with rate hikes.

Margins may be greater on floating but fixed rates 'lock-in' customers so they can,t move their business to Kiwibank or elsewhere. That strategic value is worth more. Also it,s a myth that banks always fund floating from overnight source & fixed from fixdd, in many cases it,s just pool to pool.....

Yup its idiots that borrow money on a credit card right Mortgage ?  Says alot about the financial education of the average NZer. Banks offer, but it the idiot that accepts. The day they actually start to save to purchase is the day we're on the right track.

Cash earnings were up $102m with doubtful debts down $61m to $34m - this explains the majority of the profit increase. I'm guessing BNZ has a c$250-$300m exposure to kiwifruit - how much of this have they provisioned? Reading the articles it sounds like very little to date. Expect more provisions in this area in the future. Dairy payout is falling so this will put some strain on the highly geared dairy exposures. Christchurch earthquakes have hit businesses hard there. Looks like they postponed taking further provisions there as well. Lending margins are coming under pressure. Take all this away and I'm thinking profit levels will likely fall in the coming 1-2 years.

The bank's lending margins must be bigger than they portray. I'll give you a recent (This week that is!) example.

My brother-in-law has a substantial mortgage, $500,000+ on floating, so he decided to shop around to see what he could eke out of the competing banks. He found they were tripping over one another to comply and cajole him over to their side. In the end he was offered 5.15% on a floating rate; 4.99% 1-year fixed or 5.55% 3-year fixed!!   Not bad I said! falling off my chair!!

Now after years of paying through the nose at his current institution he's faced with some really good choices but he doesn't know what to do? He asked me, "should I stay floating and hope that the swap rates fall further and then fix" I said maybe he should just stay floating and enjoy the low rate offered. I suggested the notion that the rates weren't going to be moving for at least 6 months and when floating rates do go up (and he jumps off that rate automatically) in 3 years time he would still have been better off than if he'd fixed.

What to do guys, any thoughts, given the rates quoted?