The fireworks may have been going off but Barbara Chapman wasn't celebrating.

ASB CEO Barbara Chapman says she doesn't believe the New Zealand Olympic Committee (NZOC) should have brought ANZ on board as an Olympics sponsor when ASB was already the "official bank" in a move she describes as "not palatable" to ASB.

Chapman told interest.co.nz the first ASB was aware of ANZ's role as "official insurance services provider of the New Zealand Olympic Team" and as an "official partner of the New Zealand Olympic team" was when ANZ held a glitzy party and a big fireworks display in downtown Auckland in May to celebrate its new sponsorship deal. (See a video of the ANZ party & fireworks here).

ASB's deal with the NZOC,as its "official bank and the exclusive bank," has been in place since July 2010.

"We became aware of it (ANZ's sponsorship role) on the night that they launched their fireworks down in the Viaduct," Chapman said. "We are the official bank and the exclusive bank of the New Zealand Olympic Committee so as you can imagine it was not a position we found particularly palatable."

"We disagree with them (the NZOC) on whether or not they did have that ability to sell that product to ANZ," Chapman (pictured) added.

She declined to comment on whether ASB was taking its disagreement with the NZOC any further in the form of legal action and/or seeking compensation.

Chapman said ASB's deal with the NZOC ended, as was always planned, after the London Olympics.

ASB would be "more cautious" before entering a sponsorship deal with the NZOC in the future.

'Not an ANZ ambush' 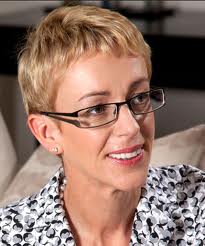 Chapman, formerly head of marketing at ASB, made it clear her beef was with the NZOC rather than ANZ.

"I would have thought official and exclusive meant just that. But to be fair to ANZ they were not aware, to the best of my knowledge in discussions with them and I do take this on face value, they were not aware of the strength of our relationship (with the NZOC) either. So it's not a situation I would define as an ambush on their (ANZ) part."

'We don't seek approval from partners'

NZOC commercial & marketing director Terry Daly said the NZOC worked "extremely closely" with both ASB and ANZ to try and make sure they achieved their sponsorship objectives.

"We don’t seek approval from our partners as to who we sign in each category," Daly said. "We work with each partner to make sure that they have their own dedicated space and are able to maximise their own activation with the New Zealand Olympic brand. It is part of our sponsorship architecture which works on a return on objectives model rather than a traditional tier structure."

Daly said the NZOC was "extremely happy" with the level of exposure all partners deliver to the New Zealand Olympic team.

"We have provided multiple advertising and engagement opportunities for each of our partners to work through in order to maximise their commercial value with the team over a longer period of time rather than just the two weeks of the games."

ANZ has a three year agreement with the NZOC to be an official partner of the New Zealand Olympic and Commonwealth Games Teams with a right of renewal. As official insurance services provider of the New Zealand Olympic Team, ANZ said insurance was coming via its wealth division that includes OnePath, formerly ING. ANZ's website notes aside from OnePath, some of its insurance products are underwritten by Vero and QBE.

Neither ASB nor ANZ would say how much they'd paid for their sponsorship deals. Daly said the NZOC generates 76% of its funding from the commercial sector such as sponsorships, with about 6% coming from the Government. Another major source of income is from global Olympic sponsors through the International Olympic Committee.

Must admit from the outside ANZ appeared to be the major sponsor hogging the limelight however when I watch The Block NZ, Kiwibank are the official sponsor yet large ASB adverts have appeared in the commercial break confusing the sponsorship.  Quid pro quo Barbara.

Pretty stupid move by the NZOC - they will find it much harder to get sponsorship next time. I hope they got lots of money from ANZ

allan hubbard did his business with a handshake and lyndon johnson gave george  mcgovern a handshake and a wink regarding the TONKIN resolution so maybe the days of handshake are well and truly over.

ANZ is not a brand you associate with 'Insurance' when they just re-sell other Insurance company products. So NZOC signing a Bank to be the insurance sponsor is very poor form I would have thought. If I was ASB, I would be taking legal action to recover funds spent. Very naive decision by NZOC and one ANZ milked for all it was worth.

A bank got screwed over? diddums

The sponsors want us to believe that they had something to do with the success of the olympic team. Of course they didn'y really at all. They are there at the end for the glory but in reality it is new zealand that produces new zealanders nt corporate sponsors. This country did it all from birth, to school, to parks and pools and harbours and having time to play and get involved and not having to work so hard that there is no time or energy for anything else. So when you see a corporate sponsor saying it was them, just ignore them they are talking rubbish. We know that of course, and they know we know that , but repetition is a very dangerous thing, repeating lies again and again and again has the same effect as water on rock slow it wears them down , maybe to the point where we actaully end up believing that banks are there to help, are on our side, have been supporting New Zealanders for over 100 years. When actually they are parasites that need to be kept in check.

Rather than blaming everyone else, Chapman should be looking at herself.  She didn't play the game as well as ANZ and she was beaten - a bit of a lesson for the novice.

This round goes to David Hisco.

Come to think of it, she allowed ASB (and Soveriegn) to lose mortgage market share to Kiwibank.

Round to Sam Knowles.

Further, has Chapman won any rounds since her arrival as CEO?

I think Barbara has been sorting out the mess left behind by her predessor (Pink)  since she arrived back at ASB.
A marketing novice she isn't as I think she was the one behind the very successful "Goldstein" ads.
As for market share looks like most banks have lost a share to Kiwibank but suggest you look at the level of write offs ASB to KIwibank and suggest Kiwinbank has been banking far more lemons.