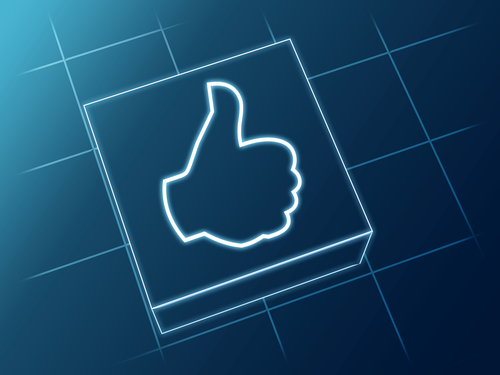 The National Party's inching ever closer to being able to govern the country alone, with its support edging up to 47% from 46.5% in the latest Roy Morgan opinion poll.

The Labour Party on the other hand is continuing its downward trajectory, dropping to 31% from 31.5%, while the Greens, after rising in the previous poll, have slumped to 11.5% from 13%.

The latest poll of 956 electors, conducted by telephone between July 1 and July 14, is the fourth straight poll in which National has improved its rating. It has gained six full percentage points in the past two months from 41% to 47%.

Over the same period Labour, under the beleaguered leadership of David Shearer,  has slumped from 35% to 31%.

Among the minor parties, New Zealand First bounced back to 4.5% after dropping sharply to 3.5% in the previous poll. In the wake of co-leader Pita Sharples standing down and the election of Te Ururoa Flavell as new co-leader, the Maori Party enjoyed its best result since April, lifting to 2% support from 1.5%. The Mana Party, likewise, enjoyed a lift in support - up to 1.5% from 1%.

"[It's] now at its furthest ahead of a potential Labour/ Greens Coalition (42.5%, down 2%) since late February.

"The rise in support for National comes as Prime Minister John Key has thrown the Government’s support behind a second Waitemata Harbour Crossing in Auckland and other major Auckland transport projects – which are estimated to cost up to NZ$10 billion."

Morgan noted that Mana Party leader Hone Harawira had once again raised the possibility of a merger between the Mana Party and Maori Party in the wake of Sharples’ resignation, if the Maori Party ended its support of National.

"However, Te Ururoa Flavell’s election as the new Maori Party co-leader means this is unlikely with the two men both expressing doubts about whether they could work together."

Heck kimy, your vested interest is showing. We've got to get some tax out of you somehow. With your negative gearing at 50% do you pay any income-tax at all?

How about I rephrase the question. Would you still undertake your investment program in the way you are doing it if rental losses were quarantined and carried forward each year against future rental profits. Quarantining could be either (a) as an omnibus bulk arrangement by grouping multiple properties by taxpayer, or (b) explicitly quarantined by each unique property.

...before you support a CGT go and do some research and find a counrty where it works as intended.  You won't.
The cost to the tax authority in chasing such tax is horrendous. This is becasue there are so many ways around it, deferring schemes and so on.  That, coupled with the risk involved to Gvt revenue when it is needed (if gains are taxable..losses are deductible...so a property crash  = tax losses) makes this one of the worst taxes and full of risk when you look at Auckland!
The IRD already has the ability to tax property developers and so on.  This is delivering significant tax revenues already.

Someone has to balance out the small army of paid Green party supporters posting on here.

kimy, I disagree, the only people who are over-taxed are the people who don't own property... You know that, I don't have to explain why.
The reason Labour has dipped is because instead of trying to consolidate under their leader and make good policy, they decided to get all kooky and enforce a man ban in a party that is virtually 50% gender split anyway... That simple. Punters saw a party of nutters... sigh!

I disagree, the only people who are over-taxed are the people who don't own property... You know that, I don't have to explain why.
The reason Labour has dipped is because instead of trying to consolidate under their leader and make good policy, they decided to get all kooky and enforce a man ban in a party that is virtually 50% gender split anyway... That simple. Punters saw a party of nutters... sigh!

What they will have is the freebie that came with the new vodafone or 2 degrees plan. And I am far from rich but I'd be very surprised if my phone was worth $10, it is after just one remove from being steam powered. Then again
If ever I am in the market for a new plan I may find myself with one of those Android phones.
And as far as the poll goes, I think they all may be a bit skewed by the landline/cell phone thing now, except that many of the cell phone onlies probably don't have a lot of interest in politics, if they woke up.........

Oh well buggered if I know as I said I have the next generation phone up from steam powered and spend about $30 a month, but it is my only phone as I am mobile. Might stick with it now even though I can barely read the number any more

NZ is a sovereign nation, if it comes down to it we vote in a Govn who natioanlises all what foreigners own, simple.  Though a better way would probably be put a foreign ownership tax on things, say 25%......that way it isnt taken off them, they just hand it back.
I suspect it will happen, though mainly I think we'll see migration of rich ppl here aka a lifeboat as the rest of the world enjoy anarchy...they'll just try and buy everything and NZers will sell.
regards.

People, Australia has CGT, stamp duty and a range of other levies when buying and selling a house.. did it do anything to slow the properties boom?
Anyway, who is David Shearer?

When you have been there a while you will find CGT doesn't apply to the family home, and doesn't influence peoples mobility or their behaviour. But Stamp Duty sure as heck does. I really slows people down. When you are in a $500,000 home and want to ratchet up to a $1,000,000 home and find the Stamp Duty is $70,000 it is cheaper to stay where you are and extend upwards or outwards. And that's what people do. Usually end up over-capitalising the property. High asking prices yes, Not so high realisation prices. Alternatively, if they are in an old house it's cheaper to knock it over and re-build. In the more expensive areas, most of the cost is in the land anyway.

Yes it does if you selling family home within 2yrs of ownership.

Doubt if CGT will be much of a concern at 2 years. Not in Brisbane anyway. Two options. Main one is 50% of the gain at normal marginal rates, or use the indexing method on the full amount at a fixed rate, whichever is the cheaper.

tahs all teh CGT is suppsed to do, slow it down a bit...its not a fix.  The interesting thing is stopping the tax dodge...
regards

Labour is losing in the polls for three key reasons:
1. they have a terrible leader, the guy has the charisma of moldy cheese.  I regularly see labour party MPs publicly speaking out against him, he has no control of his own caucus.
2. National are doing a good job, the economy is improving, govn debt is dropping and they're getting stuck into beneficiaries (a very popular move with the working class).
3. NZ politics (and most of the developed world) is a race to the centre, National is already there which leaves Labour only one good option, go further left.  So they are talking about more taxes, bigger govn, more spending but unfortunately for them, post GFC, even the average Joe knows we can't spend, spend, spend without consequences.

It's a huge opportunity for the Greens, if they drop the most bat sh!t crazy policies and re-focus on environmental changes they have a real chance of becoming the 2nd major political party.

Our incumbent opposition parties don't present the issues. They are a disorganised army because the activists are incumbent and out of touch. Take the housing issue, neither Labour or the Greens do more than fiddle with issues relating to demand. NZ First seems to concentrate on Chinese.
We need something like an organised public think tank rather than those occuring within political parties. We need a clear (Bill Bryson) setting out of agruments and policy choices unconstrained by elite views.

Watching Q+A today the furthest immigration policy (demand) gets in relation to housing is the comment stream along the bottom, while the big cheeses tout "land supply" or some hand wringing from the left. On an earlier program Professor Paul Spoonley proclaims that "as Aucklands population grows it becomes a better place to live"
You'd think with so much information out there the public are well served but the opposite is true; we get the world view of elites whose lives are nothing like those of ordinary battlers.
It would be interesting to analyse the problems from an unbiased (as possible) and informed stand point and then see how that view point was presented to the public after passing through elite hands............
It has been done - the Savings Working Group and was totally ignored by National Radio, TV1, TV3 etc,etc. National, Labour, Greens... (even NZ First has been told to keep quiet by potential coallition partners).

Background of housing in NZ

Most houses inhabited for 70 to 90 years

Many houses are old, cold and damp

Around 30% of people rent from private landlords

• Increase in relative inequalities has social and health

consequences at both individual and neighbourhood

• Housing is probably our poorest maintained

• Poor housing leads to health problems that lead to

• Poor housing leads to inefficient use of energy