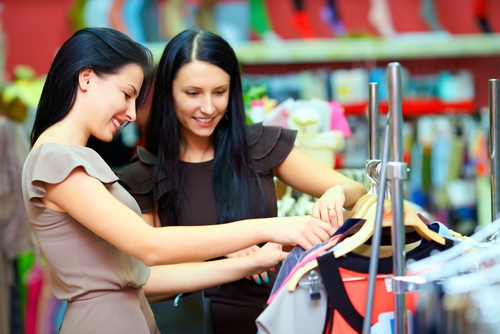 The volume of retail sales rose 1.7%, which was in line with market forecasts. However, the strength in "core" retail sales figures was a surprise.

The figures demonstrate that there is a growing sense of buoyancy within the country about the economy.

This impression is further reinforced by the fact that the figures for the food and beverage sector were the strongest since Statistics New Zealand started the series in 1995.

After adjusting for seasonal effects the volume for the core retailing industries (which exclude the two vehicle-related industries) rose 2.3% compared with the March 2013 quarter. This rise is the largest increase in the series since the December 2006 quarter.

"A record increase in the food and beverage services industry topped off the widespread rise of consumer spending, with increased sales in 12 of the 15 industries for the June quarter," industry and labour statistics manager Blair Cardno said.

The total volume of retail sales rose 1.7%, with the largest movements in:

Westpac senior economist Michael Gordon said while total sales were in line with Westpac forecasts, the "real surprise" was in the 'core' sectors, in which Westpac had forecast just a 1.2% rise.

"As we expected, retail trade will be a substantial plus for June quarter GDP growth, helping to offset the large negative contribution from agriculture as a result of the drought earlier this year.

"If anything, the mix of today's retail figures - with a much greater than expected skew towards the non-auto sectors and hence a smaller imported component - suggests upside risk to our current forecast of 0.3% GDP growth."

Looking at the longer-term picture, the trends for both total retail sales values and volumes have been generally rising since mid-2009.

The large rise in the food and beverage services industry sales volume followed a 0.6% increase in the March 2013 quarter.

This industry consists of cafes, restaurants, takeaway food and catering services, pubs, taverns, bars and clubs. Half of this industry is made up of cafes and restaurants.

The food and beverage services increase was volume-driven with little change in prices for the June 2013 quarter (up 0.1%).

The placement of building blocks for the necessary current A/C deficit blowout ahead of the election?

How much of this increase is snapper related?

Cool. How much of the empty retail and commercial real estate can be tenented before the next downturn? How's that for a 'growing sense of bouyancy.'

Fuel retailing figgers are down , whilst food is up ....it looks like Paula Bennett is having a positive effect ....

... the beneficiaries are now walking to McDonalds instead of driving ....