New Zealand had a net gain of 15,200 migrants in 12 months to September

New Zealand had a net gain of 15,200 migrants in 12 months to September 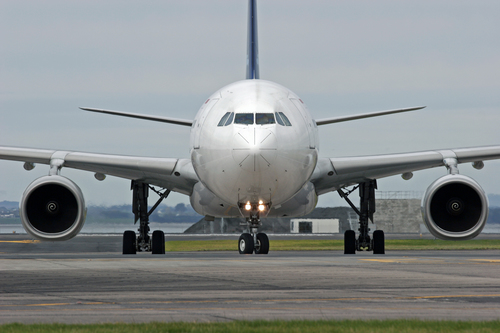 The growth of the population due to migration is now starting to approach historic highs.

The big surge is due both to fewer Kiwis heading overseas - particularly to Australia - and also to more migrants coming here.

But while stay-at-home Kiwis are contributing significantly to the net gains, rising numbers of immigrants are too.

In the year to September the unadjusted number of migrants coming to New Zealand was the highest for a September year since 2003.

This latest migration boom comes at a time when the housing markets, particularly in Auckland and Christchurch are under pressure.

A detailed break-down of the figures for the past 12 months shows that Auckland and Canterbury are seeing a disproportionate number of net arrivals, while north island regions such as Waikato, Bay of Plenty, Hawkes Bay, Manawatu/Wanganui and Wellington are seeing sizable net migration losses.

Traditionally something like half all migrants settle in Auckland, which has seen heated house prices, has an estimated 30,000 shortage of houses, and has recently seen an agreement reached between the Auckland Council and the Government through a Housing Accord that will target building of an additional 39,000 homes over three years.

Nationally the Reserve Bank has brought in "speed limits" on high loan-to-value lending, principally to help maintain financial stability but also with an eye on dampening house prices.

"We expect inflows will continue as the NZ labour market improves and Australia’s struggles to add jobs at a sufficient pace to keep up with population growth."

Smith said the population gains will "add additional pressure to supply-constrained housing markets in Auckland and Christchurch", the two most popular destinations for migrants.

"That is part of the reason that we expect only a gradual slowing in house price inflation."

New Zealand had a seasonally-adjusted net gain (more arrivals than departures) of 2700 migrants in September 2013, according to Statistics New Zealand.

This is the highest figure recorded, since the net gain of 2800 migrants in July 2003.

Month-by-month the rate of migration gains have been increasing this year.

The latest figures mean that New Zealand had a net gain of 15,200 migrants in the 12 months to September, compared with a net loss of 3300 in the previous 12 month period to September 2012.

But because the gains have been accelerating, at the current rate of growth, New Zealand's presently seeing a net migration gain running at an annualised rate of about 32,000 a year.

This puts the current figures well up there in a historic sense. The highest ever net inflow was 42,500 recorded for the 12 months to May 2003.

Statistics NZ points out that net migration can vary significantly from year to year.

Among those where it was stated, a net of some 7680 were in Auckland with 3909 in Canterbury.

Elsewhere, in many places, there were net losses of people through migration, notably 1137 in Bay of Plenty, 1044 in Waikato, 615 in Hawkes Bay, 460 in Manawatu/Wanganui and 393 in Wellington.

"This continues the strong growth in visitor numbers that we have seen from the world's most populous country in recent years."

Think about this ....as we sit in our sandpit and want to know why house prices are stratospheric ?
507 newbies every- single-day in September , that about 21 new migrants per hour every hour of the day and night ,
This possibly equals another approx 3,800 houses ( mostly in Auckland ) that we dont have, as demand for a roof over their heads goes up even more .
This is a classic case of one hand not knowing what the other is doing .
On one hand we have the immigration ministry opening the floodagtes , and on the other hand the housing ministry and local Govet faffing about at the periphery with long term grandiose ideas for cluster and high rise housing in Auckland .
AND , each of these migrants must be delighted as they can buy a house without competiton from pesky Kiwi first home buyers , who have no savings.
AND, the migrants often use the money they have borrowed in Hong Kong or Shanghai at 3% , so they dont need to worry about our complicated LTVR rules , or the expensive interest rates of 5 or 6 or 7 %

Without that net gain or perish the thought a 10-15,000 net decline what would happen? No faux housing shortage; no need for extra building, high rises or otherwise; house price inflation stopped in its tracks; less borrowing and reduced need for LVR or interest rate rises. "Housing crisis" in Auckland solved with zero cost except to bank profits, big builders, council rates and fees and highly leveraged current owners. Therefore not going to happen.

Great to see the govt is responding to our chronic housing situation by opening the immigration floodgates.

If Government is serious about controlling house prices they need to closely regulate the net PLT migrant figures.  They have been pretty consistent about the gross number of migrants - but as we all know it is the outward NZ migration that pivots the result.  This depends on wage and employment differentials between NZ and Australia and has been well signalled for some time so it is pretty disappointing no action has been taken to ensure that net migration remains at a stable and modest increase.

Interesting, I've been hearing more australian accents at the club this year.

I just spoke to a couple I know that migrated to Auckland from overseas less than 2 weeks ago. They bought a house in Auckland on Saturday. I wonder if the westpac economists factored in all these new migrants arriving and their desire to own homes?

Wonder what the breakdown is between those who have immigrated into NZ via the educational path (ie came to study then stayed on & got PR) and those who came direct under the points scheme.
Given the strict criteria for both entry points now,  how do/did the Taxi drivers and retail assistants etc gain entry?

I'd like to see a breakdown of the migrants leaving NZ, are they mainly from the provinces or Auckland?

I would also like to see some breakdown as to who these migrants are ,  as is the end of the academic year ... so these are NOT STUDENTS .
I read that there are SEVEN ways to get in here , and I am led to understand it  is straightoforward.
You get in with:
1) Money , lots of it which you have to invest and employ Kiwis , and you can bring wife and Kids. You dont have to speak English and we dont care about your age or qualifications. Eg Kim Dotcom or whatever his real name is and  Yang Liu or whatever his real name is  , etc etc
2) Skills , such as Doctors , Lawyers, engineers , accountants , teachers, nurses , mechanics , technicians ( Telecom and Aircraft ), and you can bring wife and kids . In this case we want younger healthy people who speak English  , and we are very OTP regarding age , health and qualifications . Many of these are Indian , Fillipino , South African , etc
3) Pacific Islander , you get in if you have a Bro or a Cuzzie here already , which technically  qualfies the whole island . All are welcome , we dont bother too much about age, general health , skill , qualifications , language , smoikng, drinking or healthy habits .
4) Student , this is the easiest way in , but not the cheapest , and this catagory are generally transient and dont remain here , and they dont rent or buy houses, but  they rent flats or share digs or homestay .
5) Job offer , in this case the Government is clueless and all over the place ,  so it makes the rules up as it goes along . These tend to be South Africans who are too old to get in on the skills points system , and dont have enough cash to get in on the money system ( It is said that the South Africans with real money go straight to Australia) .
6) Holiday overstayers who marry Kiwi girls get immediate PR
7) Extended family : Winston Peters has a lot to say about these who are parents of migrants.

China's national savings are $4.2 trillion, 50 per cent more than America's, and the elites who own that money have been far keener to invest abroad than they have been allowed.

In a report on the weekend, Lombard Street Research called it China's "wall of money", which could "swamp global financial markets"

And it's not going to go for US treasuries and other US government bonds. It will follow the children into US, UK and AU real estate.  a-great-wall-of-money-on-its-way

Adding to Ostrich,s interesting data: most of the international students who complete their qual, then can stay on for another year to search for job. If they get a prof job in line with qual, then they can stay for a further 2 years while applying for permanent residency.

There's a no.8 reason but I can't remember.  Might have to as Len to remind me.

Queue silence from the perma-bears.  A article on one of the two true underlying causes of house price inflation and they are suspiciously silent.  Why...  because they personally profit from population growth, they want it to continue because thier business, or more likely thier employer, needs the growth to keep them employed and keep those pay rises coming.  So they blame other factors, hypocrisy, plain and simple.

Maybe try targetting what you mean by a perma bear, as as per usual you are not making sense.
ie  there is  context, Im a perma bear, sure and I think this market will mplode, sure...my employment or not has no impact on what I think is going to happen.
Besides which I think we have gone over this enough times to conclude we dont really know the % effect going on here. Hence why waste typing, its like ground hog day "prices will go up for ever"
bet if you want.
regards

perma-bear...  self explanatory and yes you are one.

"prices will go up forever"...  I'm going to have to stop you there as your putting words in my mouth.  I never said "prices will go up forever", they wont, prices went down just a few years ago, as part of the normal boom/bust cycle.  Now we are in the boom part of the trend and I think prices will keep going up for the next few years, before another correction.  So perma-bull can't be applied in my case, maybe use "the guy that just seems to keep getting it right and I wish I'd taken his advice a couple of years back".

I would point out how wrong you've been in the past but that certainly would be a waste of typing as we all know that already and I'm not sure which steven has turned up today.

And you've ignored my point, if you, or anyone else commentating on this site was really interested in curbing house price inflation they would state the obvious, stop immigration.  But no one does because it would negatively effect their personal situation.  Not making sense indeed.