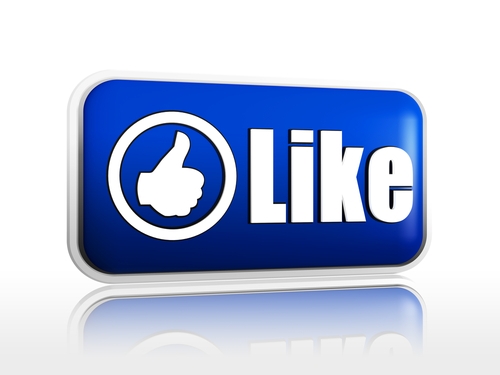 Last week's Budget showing a return to surplus appears to have given the ruling National Party a lift, with its support rising to 45.5% from 42.5% in the latest Roy Morgan opinion poll.

The support for a potential Labour/Green alliance dipped to 44% from 45.5%, meaning that National would have the biggest share of support if an election were held today.

But it's very tight and Winston Peter's NZ First (steady on 6%) would likely be able to decide who governs.

The poll was conducted between May 5 and May 18 through both landline and mobile telephone, taking the views of 873 electors nationwide.

This means the poll incorporated reaction to the Budget on May 15 - though not the fairly heated political debate on housing affordability that has been running this week.

Roy Morgan executive chairman Gary Morgan said that following the "scandals" of recent weeks involving high-profile cabinet ministers, the projected return to surplus was a "positive story" for the National-led Government which came to power in the middle of the Global Financial Crisis and the double-dip recession which struck New Zealand.

"The Budget surplus stands as an example of the Government’s commitment to sensible economic management.

Support for National's coalition partners is little changed with the Maori Party 1% (unchanged), ACT NZ (0.5%, unchanged) and United Future 0% (down 0.5%). Support for the Conservative Party has edged up to 1% from 0.5%.

This latest poll shows that all the ##@@@ thrown around by the Looney Left has had no affect whatsoever.

Trust the Pubic to remain calm and carry on, despite all the efforts of it's "gimme gimme" supporters.

in internet shocker, man with creepy non-de-plume call those he disagrees with names. also wonders why babysitting gigs have dried up.

Of course National has done a wonderful job steering us through the GFC , and overcoming the the terrible legacy of Helen Clarke who attempted to force the nanny state onto to us to the point we were to be told how much water we could use in the shower , and failed to recognise tha dangers of the Finance Companies activities on the elderly, caused the house price ruanaway , taxed us to death , and introduced middle class welfare in WFF  .

The economy is now more robust , and we are back to what I rather see as breakeven , ( the surplus is very small )

"Last week's Budget showing a return to surplus appears to have given the ruling National Party a lift, "

A $372M surplus in a budget that invovles $375M of debt financed motorway widening, is actually a $3M deficit, albeit financially engineered to look like a surplus.

In reality this is pretty much a no change from last poll situation, even National's 3% budget boost is broadly compatible with the last poll. Still Winston in the drivers seat by a long, long way.

God help NZ if Winny is the king maker.

I think DH? did a calculation and its was 89% probable that Whinnee will be the King Maker.

It was me. He is even more likely now. If this poll is accurate as well, it would be a near certainty. But I do want to stress this is "if the poll is an accurate reflection of electoral results" Which makes me a but hesitant to actually say Winston is 98% likely to have a controlling say in who gets to be government. Mostly because I think that for that last couple of percent we are in the realm of being affected by odd, normally unlikely events (National give Colin Craig a seat, Peter Dunne retires, Campbell Live find a smoking gun on the GCSB thing). While none of those are are individually likely, the likelyhood is that "something" might move the percentages by a couple of points.

I am pretty confident in saying "If an election were held tomorrow and this poll was accurate, Winston would be king-maker"

Not really- he's been around 6% for a while, and that basically shrinks the uncertainty by the square root of the number of polls.

What I'm doing to estimate Winston as almost certain to be kingmaker is to take the polls and their uncertainty, and run 1000 mock elections with each party getting outcomes based on its support and the uncertainty (basically the same idea as what 538 did for predicting U.S. elections). For a side project I am trying to turn the code into a web app that people can load and put in their own numbers, but that has a pretty low priority compared to other activities.

You onlly have to go back to mid-March to find NZF on 3.5%  Right now he's looking certain king maker, but the election is not right now, In two months he's gained 2.5%, in another two he could easily loose it.

Have a look at the trend for NZF in particular this year.

NZF looks to have spent the year trending up.  Look at the low interest rates for depositors, many OAPs are frightened and have their money there, so low returns. Yet the CPI for this age group is I think a bit higher than average.

National are clearly down since the last election, the Q is, is it enough?

Finally I tend to look at at least 2 if not 3 polls minimum. If back to back  polls  show 2~3% variation between them which seems frequent I think "yeah whatever" and take an average. Personally I think there is a lot of tea leaves being read with lots of opnions but no real proof to back them up.

Now yes if/when Whinnier retires or more likely kicks the bucket I think NZF will disappear, he and they have no successor.

Rather 20 Winny's than one Labour/Green Witches Coven .

Winny makes a lot of silly noise at times but at least he's a pragmatist..

""The Budget surplus stands as an example of the Government’s commitment to sensible economic management."

Oh so the owner isnt right wing politically biased then....

The National Govt has done extremely well , we are probably the first OECD country to record a surplus since the GFC

Except that their 'surplus' is only acheived by lending $375M to NZTA for motorway widening.  When 375M of spending is financed by debt, that $372M surplus looks rather imaginary. The trend is heading the to right direction though, in two years time we should see an actual surplus.

Labour's problem is that they've reached " peak welfare " , the saturation point where half the nation's population are now wards of the state through some government handouts , rental supplements , pensions , WFF , and the like ... and the other half of the population are paying for it ...

.... all they can campaign on now is their CGT , their wealth tax designed to stick it to the " rich pr*ck"  property speculators .... the policies of envy still reign ...

They've gotten old , slow , and stodgy .... Whereas National have consistently rejuvenated themselves , bringing in new faces ....but in hard Labour , the old journeymen of the Clark & Cullen era  are still holding tightly to their positions , stifling the ambitions of younger talent ...

.... I'll promise to vote for NZ Labour when Jacinda Ardern is their leader !

The suggestion that half the population is taking and half is contributing is just plain ridiculous.

The entire expenditure on social security and welfare including NZ super which is the bulk of it - $11.6 billion out of $24 billion in total - is 75% funded by GST receipts alone.  Add in excise tax paid on petrol and smokes and basically all of the nations costs associated with social security and welfare are taken care of by these revenue streams.

So the entire amounts of tax collected in income tax and corporate tax pay for everything else - law and order, education, health etc.

Essentially Gummy, like it or not. the poor and elderly are contributing plenty. GST and excise taxes ensure it.

Kate - very interesting, youre saying that 75% of all tax collected by way of GST (i.e. those that spend the most money pay the most taxes) goes to paying for social security and welfare...I find that horrifing & hardly a sign of it all being hugely affordable ?

No, I'm saying that if you add up all the tax collected from GST and excise taxes - you've basically paid for everyone's super and other welfare benefits. Never said anything about whether super + welfare benefits were necessarily affordable .. obviously not given the rate at which this National government has had to borrow recently!

Problem with that idea Kate is that if you are poor and improvished, and thus spending very little.  You ain't paying much GST in dollars, and a small small percentage to the GST tax take.

Really?  I think what you're saying is that what is collectively spent on consumables (food, electricity, petrol etc.) is a very small percentage of the overall GST tax take? Got any references to that?

No, all I was saying was that it sounded like you were inferring that GST (about 20% of the tax take I think) was a small part of the tax take and that just because the lower paid naturally spend moreof their income than the higher paid, it justied a particular level of social welfare - I couldn't see the relevance.

And you are right - that was not my meaning at all. But the point you make about GST being regressive in nature is correct.

GST is close to 25% of the entire tax take. It exceeds the amount of corporate tax collected by a large margin - which is a bit of a concern. It sort of indicates that we are heavily reliant on consumption taxes - and of course if people don't earn a lot, they can't consume a lot - as you point out.

Add excise taxes (in many ways another form of consumption tax) to GST and you have about 33% (a third) of the total tax take.

Thank you GBH , we have undoubtedly reached 'peak welfare' , we simply cannot milk the productive sector cow any more and hand the milk or the proceeds  to the unproductive sector, without damaging our fragile economy

and what about the speculator  parasites who think they are productive?  Hell bent on personal profit from property gambling no matter the damage they do to the real economy, jobs and exporters, thats OK?

Geez GBH.....Jacinda Ardern.......Grrrrrrr.........the woman has issues.....big one's........her philosophy is too take more from those who work and give more to the those who don't......her life growing up was obviously one of looking over the fence in envy. It's a pity she didn't sort out a better message and attitude for life which would enable more people to break free from the poverty cycle she talks about.  She has a lazy attitude so typical of that side of the political spectrum.