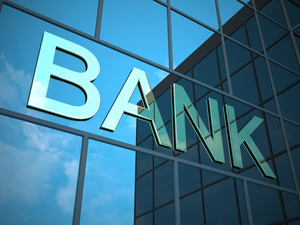 Fitch said it viewed the banks' risk management frameworks as robust and said their risk controls were tight.

However it also noted that the New Zealand banking system was characterised by high household debt levels relative to international peers and all four banks had large exposures to mortgages and agriculture.

"To address this risk exposure, particularly as interest rates remain below historical averages, buffers are added to market rates when assessing a borrower's capacity to service a loan," Fitch said.

"In addition, the banks have reduced their exposures to mortgages with loan-to-valuation ratios exceeding 80% since the introduction of the 10% limit on new mortgages by the RBNZ in October 2013.

"This should help mitigate the potential risk to bank asset quality in the event of a material downturn in property values due to the strong house price growth experienced in some pockets of the New Zealand housing market during 2014."

"Risks to their asset quality include a sudden external shock [most likely to be triggered by events in Australia or China] which negatively impacted soft commodity prices, a sharp increase in interest rates and a reduction in underwriting standards in pursuit of growth," Fitch said.

However those possibilities were not part of Fitch's base case scenario, it said.

Fitch also noted that the four New Zealand banks had some of the highest net interest margins and most efficient cost management regimes relative to their international peers.

"However, operating income could come under some pressure as competition for for asset growth intensifies," it said.