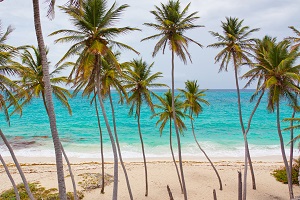 Little has pointed out that in May 2014 Key sent the former PwC chairman to the Bahamas to advise its government on tax changes that protected that country's offshore finance industry.

“In the course of that report, Mr Shewan and Dr Brash advised the Bahamas Government to zero-rate financial services to ‘protect the so-called offshore industry’, according to a newspaper article.”

The official report of Shewan and Brash’s mission to the Bahamas says:

“It is normal to exempt most financial services from VAT (value added tax – equivalent to GST here) because it is generally not possible to determine the component of the price (for example, interest on a bank loan) that represents the charge for the service provided.

“Taxing the full amount of gross interest would significantly over tax the financial services element in the hands of the consumer.

“The exemption for banks and other financial institutions means that, except to the extent their services are supplied offshore and are therefore zero-rated, VAT will represent a real cost – i.e. it will fall on the business directly rather than on the consumer.

“In New Zealand, up to the time when domestic business-to-business zero-rating of banking services was introduced in 2005 the VAT recovery rate was in the order of just 10%. It has now risen to around 40%. The ratio in The Bahamas will depend largely on the level of exported financial services.”

Little concludes: “In effect, the two tax experts advised a tax haven on how to protect its offshore financial services industry and maintain its tax haven status.

“New Zealanders cannot have confidence in the review of our offshore trusts system when it is being led by a person who has advised tax havens. A closed door review led by Mr Shewan will not restore our international reputation which has been so damaged by the Panama Papers."

Shewan has responded, telling Radio New Zealand Little's allegation that he made recommendations to protect the Bahamas' status as a tax haven, is totally wrong.

"This is a complete red herring, a storm in a teacup and very disappointing.

"I would have been more than happy to take a call from Mr Little's office to respond rather than people going off on the basis of what would seem to be a completely misleading newspaper article from the Bahamas," he says.

"I've advised a number of governments over many years - Labour, National, international governments - political parties, including parties like the Greens on the way I would suggest they formulate tax policy.

"My interest is in good tax policy and practice, not politics. I'll leave politics to the politicians."

Little says: “John Key knew Mr Shewan undertook the Bahamas advice role. It is incredibly arrogant of the Prime Minister to appoint him to review our offshore trusts rules and expect New Zealanders to accept that.

“The Prime Minister is way out of touch with middle New Zealand who know foreign trusts are a method for the global mega-rich to hide their wealth and not pay their fair share.

“New Zealanders don’t want our country to be the Bahamas.

“There needs to be a full and independent public inquiry into the role of foreign trusts and tax avoidance in New Zealand.”

Little has previously labelled the Shewan review a whitewash because its terms of reference are too narrow and because it's not being run by a High Court Judge or lawyer.

“There needs to be a full and independent public inquiry into the role of foreign trusts and tax avoidance in New Zealand.”

Ohh, Mr Little, maybe the Labour party when introducing the legislation...should of done their homework? Jezz, so sick of this party trying to make out they had no part to play in any of this. Yes, we are going back awhile but....these things always have a 'precursor'. That was Labour.

....all legislation needs tweaking from time to time. The foreign tax rules certainly do need a tweak, but why appoint someone knee deep in it, who moves amongst those who make a living from it and is subject to all sorts of bias. How about appointing a University Tax expert or someone less compromised?

Err... Shewan is a University lecturer?

This government's honeymoon period was over a number of years ago. IRD has previously advised that this needs to be sorted out. Bernard pointed this out in a recent Top 10 (link below). Stop making excuses.
http://taxpolicy.ird.govt.nz/sites/default/files/2013-other-taxation-mul...

I see this as a Trextor Crosby trick to confuse hardworking kiwi mum and dads, If I blamed all my faulty work on systems and processes that were put in place 7 years ago my boss would have me in a meeting with HR faster than you can say "it was labours fault". If it was legislation preventing gay marriage that labour introduced I don't think JK pathetic excuse of blaming labour for introducing it.

I agree a full and independent public enquiry is needed or else John Key will be known as ShonKey for ever more.

Another day and yet more fraud coming out of Asia

So sick of this bunch of doomsters trying to find every opportunity to shoot down their own PM and their own country. What a sad life!

we have a history of bad PM's and finance minsters with no skills other than charisma that leave behind a mess for future generations to pay for whilst they reward themselves with cushy jobs some paid for by us the taxpayer.
maybe if you have been here longer you might know some history

...if you cant see how this PM is the one shooting down this country, then you need to get out more. I love my country, I detest what this ignorant, out of touch, unaware, disengaged and disconnected corporate cheerleader is doing to it.

When did having a PM meant that we must agree, smile, nod, and believe everything he tells us? They work for us, remember that. If we want answers it's their responsibility to get them.

Why the hell does Little think that appointing a pompous judge, with as much tax knowledge as Joe Public, would result in better advice than engaging the country's most pre-eminent tax expert?

Allright,
Two reports then,
From the legal and accounting aspects.
That should keep interest going for several weeks...

Little and Mallard are beyond the gutter on this one they are in the sewer how desperate are they ??
Not a shred of evidence anywhere.
The starting point that NZ is a major tax haven is nonsense www.theatlantic.com/international/archive/2016/04/panama-papers-tax-have...

NZ may not (in your words) be a MAJOR tax haven
But it definitely is a Tax Haven
A tax haven is a state, country, or territory where, on a national level, certain taxes are levied at a very low rate or not at all.

Check
Compared to all other Major Commonwealth Countries (UK, CA, AU) plus the US
NZ does not have Stamp Duty, or Capital Gains Tax or Land Tax
NZ Property and assets are very attractive and most favourable
NZ is a holiday for anyone wanting somewhere to park their money - tax free

It also refers to countries which have a system of financial secrecy in place.
Check - Foreign Trusts

Iconoclast not having all those other taxes (Stamp Duty, CGT, etc) doesn't make us a tax haven. If you look at it another way the countries with all those other types of taxes could be straight out greedy needles who are inefficient!

What NZ does have an issue with, is where it is not collecting the income taxes from off-shore investors. The current laws require an individual to be structured in a certain way......It's a kind of legal backhander to those who are in the know or can afford to pay for someone in the know........the discussion should be about whether we give equal protection to everyone regardless of the entity/structure they have in place or where they live......I would have thought countries that treat people differently because they live somewhere else is racist treatment and yet that is what our tax rules do.

I'm all for a one glove fits all approach to stop all bitching, investment distortions etc and that is why I would support something like an APT tax with absolutely NO exemptions!! It shouldn't matter where you live or what you do everyone pays the same flat percentage on each and every transaction. Gets rid of all the inequality as everyone is on the same playing field regardless of where you live or what you do.

I don't know about the Bahamas but Shewan was involved in Westpac's strenuous efforts at tax avoidance as well. It's a joke to appoint someone with such a systemic bias against revenue gathering function in such a sensitive role.

Shewan will be coming in with inbred ideas. It is like the Bain case. Several virtually peer reviews said guilty as charged but when it went to an outside NZ review they laughed at little ol NZ and he was freed in a blink.
Laughable but that is Keys way - be seen to be doing something but at 'the end of the day' guaranteeing the result he wants.