Partial jobs and wages data weaker than expected in June quarter; private sector wage inflation soft at 0.4% for qtr and 1.6% for year; economists see plenty of room for RBNZ to cut OCR next Thursday

Partial jobs and wages data weaker than expected in June quarter; private sector wage inflation soft at 0.4% for qtr and 1.6% for year; economists see plenty of room for RBNZ to cut OCR next Thursday 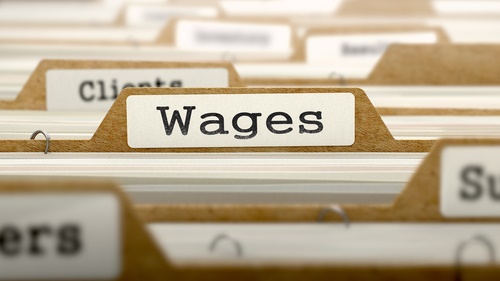 Wages growth and one measure of jobs growth was softer than expected in the June quarter, reinforcing expectations the Reserve Bank will cut the Official Cash Rate again by 25 basis points next Thursday to try to get inflation back near its 2% mid-point target.

Statistics New Zealand reported Labour Cost Index (LCI) and Quarterly Employment Survey (QES) data for the June quarter that showed private sector labour costs rose 0.4% for the quarter and were up 1.6% from the same quarter a year ago. The annual growth rate dropped from 1.8% the previous quarter. This was weaker than market expectations for labour cost growth of around 0.5%.

The QES measure of Full Time Employment rose 0.3% in the June quarter, which was less than the economists' forecasts for growth of around 0.7%. Full time employment was up 3.1% in the year to June.

The labour force figures did not include the Household Labour Force Survey (HLFS) that include the more closely watched measures of employment growth and unemployment. Statistics NZ announced last week it had delayed the release of the HLFS for further checks on significant revisions.

"The softer annual rate of wage inflation is likely to weigh on the RBNZ’s projected inflation outlook and reinforce the need for at least two further OCR cuts," Turner said, noting the weaker wage result could reflect weak inflation expectations.

ANZ Senior Economist Philip Borkin said the figures were a touch softer than it expected, with both modest growth in filled jobs and low wage inflation. He said they indicated the unemployment rate may actually have lifted in the June quarter.

"We still believe that the underlying trend in labour demand is strong. But in the face of strong labour supply growth as well (likely to be confirmed by the HLFS), total labour market spare capacity does not look like it is being absorbed quickly (even though anecdotes suggest the contrary for some sectors)," Borkin said.

"The slow absorption of spare capacity is reinforced by wage inflation figures, which remained modest," he said, pointing out that more workers received no wage increases in the June quarter than the March quarter.

He said he was most surprised by a moderation of annual wage inflation in the construction sector to 2.0% in the June quarter from 2.2% in the March quarter.

"This is completely at odds with anecdote, and leaves us scratching our heads."

BNZ Senior Economist Doug Steel said the data was a bit disappointing, particularly the lack of signs of wage acceleration.

"Wages are a lagging indicator, but we suggest that the lack of wage inflation will likely be of some concern to the (Reserve) Bank," Steel said.

"We think that the current lack of upward pressure on wage inflation will encourage the RBNZ to lower its cash rate further over coming months. Almost certainly once (at next week’s meeting), most probably twice, and possibly thrice depending on how the economy and inflation evolves," he said.

The New Zealand dollar fell 30 basis points to 72.1 USc after the data, which strengthened financial market expectations for at least one more cut, and possibly two.

Tertiary Education, Skills and Employment Minister Steven Joyce described the 3.1% employment growth for the year as strong and said average weekly wage growth of 2.0% in the quarter from a year ago was running at a 'healthy margin' over CPI inflation of 0.4%.

"That makes for a real wage increase of 1.6 per cent for the year and continues a trend of moderate real wage growth," he said.

“It is getting harder and harder for families to live in Auckland. Skyrocketing house prices and rents, combined with stubborn wages mean that many workers including those in the public sector as nurses, police officers and teachers are struggling," Little said.

“This new data demonstrates that most workers are not feeling the benefit of any economic growth in their pay packets," Little said.

Good heavens. It' appears like we're in the midst of a data-manipulated conspiracy. Without the property bubble, hard to imagine what wage inflation would be.

We have to have rising house prices otherwise where else are we going money from?

Well they use to say that the UK was a nation of Shop keepers, now it appears that New Zealand is a nation of Estate Agents.

We've already sold everything else. We are now selling our last assets, Our land and our low population.

Maybe businesses have already discovered that it's not worth it to invest in productive economy and good staff because investing in property is the secret to wealth and property prices never go down. (..and banks in NZ are specially generous when lending towards unproductive overpriced assets)

Sure. Also good to remember that if property bubbles or booms didn't drive consumer spending, the establishment wouldn't implicitly support them. They know its impacts, despite behavioral economics still not really well understood at the macro level.

Listening to some commentators still telling us that the world economy is coming out of the recession is as thrilling as watching paint dry.
Millions of people throughout the Western world are turning their backs on governments because of the poor economy. So these commentators are either stupid or liars or both.

Statistics New Zealand reported Labour Cost Index (LCI) and Quarterly Employment Survey (QES) data for the June quarter that showed private sector labour costs rose 0.4% for the quarter and were up 1.6% from the same quarter a year ago. The annual growth rate dropped from 1.8% the previous quarter. This was weaker than market expectations for labour cost growth of around 0.5%.

I guess there actually is no money in monetary policy.

Though central banks purport to follow something like Knut Wicksell’s natural rate theory, in reality they have changed it around such that everything is viewed via the “demand” side; and thus nothing actually makes sense including the behavior of market interest rates.

[The natural rate] is never high or low in itself, but only in relation to the profit which people can make with the money in their hands, and this, of course, varies. In good times, when trade is brisk, the rate of profit is high, and, what is of great consequence, is generally expected to remain high; in periods of depression it is low, and expected to remain low.

When nominal profits are expected to be robust, holders of money must be compensated for lending it out by higher interest rates. Thus, the same holds for inflationary circumstances, where nominal profits follow the rate of consumer prices. During the Great Inflation, interest rates weren’t low at all, they were through the roof well into double digits and higher by 1980. At the opposite end in the Great Depression, interest rates were low and stayed there because, as Wicksell wrote, the rate of profit was low and was expected to be low well into the future. High quality borrowers were given as much money as they could want while the rest of the economy was deprived of funds; liquidity and safety being the only preferences in what sounds entirely familiar. Read more

If Auckland Council wasn't constricting land supply so much, our high cost land wouldn't be slowing construction. People would be employed, wages would be higher, rents would be lower and there would be less homeless.

But we elected these idiots.

Aucland City Council didn't ask for uncontrolled population growth. they don't have the money to provide infrastructure for all this growth. Stop blaming the council unaha-closp.
Its costing 1 billion dollars for a pipeline to pick up the sewerage from new West Auckland Developments.
If ACC had a million rate payers that would be $1,000 per rate payer.
Thats just one pipeline, on top of that you have roads bridges parks medical facilities schools etc etc.
Blame the crazy arsed government for letting in 160,000 immigrants in just 3 years. Thats three provincial cities of people in three years.
Next time your in Whangarei or New Plymouth open your eyes and have a look how much infrastructure a small city has and needs.
The NZ tax payer has to provide all this for this new population of people.

Auckland Council has underperformed for decades Northland Hippy. Further its not like this problem was just sprung on them? We looked at purchasing a house in Auckland 10 years ago. The supply shortage then, and the skyrocketing land prices were already an issue.

Put immigration in perspective. The numbers as a percentage of our population are minuscule. If the country has problems coping this, then both central, and local government need to look at themselves.

You're correct, but also oh so wrong.

The Auckland Ratepayers won't pay for infrastructure around Auckland where people want to buy. The Auckland Council calls this part of it's compact city strategy and has cut substantial supply away from Auckland City. This creates market inefficiencies and a high cost building environment.

The bad news is for every hectare of land not added to Auckland, your same Auckland Council has happily been adding 1.5 hectares to Auckland's exurban towns. This is somewhat less well publicised, but you can go have a look at the Unitary Plan and see how exurban towns double or triple in size. This is a subsidisation of inefficient sprawl and very costly.

It would be unfair to label Auckland ratepayers like you selfish, in fact I would call you incredibly generous. Instead of buying a mere 100% of new infrastructure you willingly pay for 130%.

It is $1b but the asset will last for a long period of time. The jobs that get created as part of these investments are also worth noting.

1.6% wage growth ... depressing when you compare it to property growth rates... 10 times in most regions

At which rate you can hardly blame people for throwing their hands into the air and maxing out the credit card, can you?

I am extremely disappointed with all the major banks for not passing on these cuts to our lending rates, I am wondering what can we actually do to force the lenders to relax their interest rates if anything?