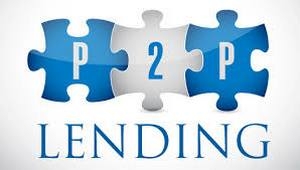 The low deposit rates on offer from banks in this low interest rate world are creating a great opportunity for "yield hungry" investors, according to the CEOs of two New Zealand peer-to-peer (P2P) lenders.

With Harmoney having facilitated more than $300 million of unsecured consumer lending and having courted the wrath of the Commerce Commission, it tends to hog the P2P headlines in New Zealand, However, LendMe and Lending Crowd, two smaller, more conservative players facilitating secured loans, are slowing starting to make their presence felt.

"People are extremely yield hungry at the moment and we consistently get that feedback from our current investors and feedback from people that enquire about investing. So I think that is the opportunity for peer to peer," says Morrison.

Limiting factors include the extent to which people trust P2P as a safe place to put their money, and investors' risk appetite, he adds. Morrison says the challenge is the extent to which LendMe can get investors to understand the difference between its business model and that of a traditional finance company.

"And I mean traditional in the sense that there are still a large number of people that have a negative connotation associated with the words 'finance company.' And we are tarred with that brush until we explain the difference [and] that's marketing and education," says Morrison.

'No loan even one day behind'

Lending Crowd's Wayne Croad says his firm has now been writing loans since December and (like LendMe) doesn't have a single loan in arrears.

"So the investors are seeing some solid returns and because it's secured loans, it's a more conservative product than unsecured and we have a very low tolerance for loan arrears. We haven't got any loan on the platform that's even one day behind. Once you get a retail investor get consistent returns for a few months and they can see they don't have any of their loan notes in arrears, it tends to be quite a organic growth thing out of the retail investors. So you get [investors'] family members that come on and it has been quite good," says Croad.

Morrison says the average return for those investing through LendMe at the moment is 7.9%, whilst Croad says at Lending Crowd it's 12.5%.

Croad says Lending Crowd has 260 active retail investors with investor demand outstripping borrower demand. LendMe has 35 people actively lending, although this is poised to more than double with a company currently arranging a shareholder loan through the P2P lender.

Morrison says LendMe, which launched properly at the end of February, has rejected $40 million worth of loan applications and facilitated about $4.5 million worth of lending. Just one of its loans has been a consumer loan, with the firm now beginning to facilitate plant and equipment lending. It has also arranged small business loans, bridging loans, refinancing and property developments with its average loan size at $450,000 to date. The average loan-to-value ratio is 70%.

LendMe offers loans from $25,000 to $2 million with the biggest facilitated so far $1.1 million. Some 70% of loans to date are coming through mortgage brokers. LendMe has no institutional funding.

Lending Crowd is debt free, cashflow positive and last month made a bottom line profit, Croad says. It helps that the business is leveraging off Finance Direct's existing infrastructure. LendMe, which has just five staff plus contractors to help with IT, is expecting to breakeven this month, Morrison says. Off these bases, both LendMe and Lending Crowd are now looking to ramp up lending volumes.

As revealed in July, Lending Crowd is looking to raise up to $5 million from an investor, that will become a minority shareholder, to help build scale and grow lending. Croad says serious discussions are going on with two potential investors and he's hopeful of concluding a deal with one or other that would see them become a minority shareholder. Although he won't name them, he says one "has bank connections." Croad says one of the two is interested in distribution in a similar way that Harmoney shareholder Heartland Bank lends money through Harmoney's website. The other is more interested in the online platform "and the iterations and changes we can make to that over time to monetise."

LendMe, meanwhile, was in talks with a major local bank that could have become both a shareholder and lender through the P2P platform. It also held talks with one of the local Chinese registered banks. However, deals have not come to fruition with either.

Morrison says although a deal was close to being signed with the major local bank, ultimately there was "kind of a mutual decision that it wasn't quite right for either party." Decisions were made in February-March not to get into bed with either bank at that point.>"Not to say that we wouldn't be open to it at some stage, but I think what we decided was we are trying to be genuinely nimble and entrepreneurial in terms of what we do proactively and how we react," says Morrison.

"We made a call we need to get our business properly established and performing. [Also] as a privately held business you also don't want to sell too early because it has a material impact on the value of the business. So I think it was important for us to establish ourselves properly first," Morrison adds.

Why does nobody talk about the illiquidity of these investments.
I signed up with Harmoney on the promised prospect of a secondary market. It has not (and it seems - will not) eventuate. As a result i'm withdrawing my money as it is repaid.

I find your thought process hard to understand. If your main reason for investing in Harmoney was the prospect of a secondary market-pretty odd in itself-then why did you not just wait until it actually happened?
I have had several issues with Harmoney and have expressed these quite forcefully,but in terms of my returns to date,I have no complaints. I have made 251 loans,all A grade and have an RAR of 10.22%. I have had no defaults and currently have arrears of $7.49.
Of the 251 loans, 59 have been paid-off and I can expect to see some 3% paid-off each month. I have taken money out and will continue to do so as all my investments are for income. As a cautious investor,less than 1% of my capital is at risk in this investment.

In talking about returns of these investments compared to bank deposits, it is not comparing apples with apples.
These P2P companies talk about interest returns - which you must pay income tax on. However, for a retail investor, the IRD does not accept the idea of a blended return after write offs - so you written off capital can not be deducted from your interest income for Tax purposes. Hopefully the IRD will one day change its mind.

I think I understand what you're saying. With appox 200 loans lent on Harmony over 18 months, I feel I'm getting closer to my first default. Ideally, I should be able write off any defaults on tax.

"A fool and his money are lucky enough to get together in the first place". Hence, according to Bill Gross: "It is time to worry about the return of your money as opposed to the return on your money."

Yip, in the mean time its all about the oldies. Who cares about the impact on the family coming through ....

Having locked up the assets, creamed and degraded the resources, they want the young to pay more to keep them living in a manner they have become accustomed till they drop...

The reason he's now getting over 8% is because he's now lending to very high risk borrowers who can't obtain money from conventional sources at these rates.

Market failures are very thin on the ground and like start up insurance companies - they all do well initially, the real test will come over time. Finance is about as mature an industry as exists and they do know pricing pretty well.

When as near as risk free for 5 years you can get from a bank TD is 3.6 % pre-tax, anything more is progressively riskier.

What are the "conventional sources"? Banks?

I'm all for alternative investing and looking beyond the generic bs 1.5% that banks offer (which is not secured in anyway) but this P2P lending just feels like the finance companies of the early 2000's all over again that just went tits up when things went bad.

thats because they are the finance companies all over again.

Actually, they're an antidote to the finance companies, The play absolutely no part in how people allocate their investment.

P2P Lending is just consumer junk bonds. They attract investment when yield is hard to find elsewhere then resolve to zero in a crash.

If you wouldn't put your money into a junk bond fund then why do this? At least junk bonds have a secondary market.