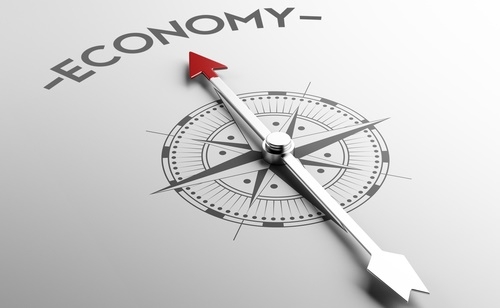 The New Zealand Institute of Economic Research's (NZIER) closely-watched Quarterly Survey of Business Opinion (QSBO) found confidence improved to a two-year high in the September quarter, but that pricing and capacity pressures eased in the quarter.

A net 27% of businesses expected to hire more workers over the next quarter, up from 13% in the last quarter and its highest level since 1973.

So where's the inflation?

"This points to inflation remaining subdued over the remainder of 2016," Leung said.

"The drop in pricing indicators was despite an increase in both experienced and expected cost pressures."

Lack of skilled migrants a constraint

Leung said the shortage in finding skilled labour was particularly acute and may have limited the ability to hire more staff.

"The surge in net migration has expanded the labour force, but the increase in work visas have been largely for labourers, tradespeople and personal service workers," she said.

Kiwibank Economist Zoe Wallis said the survey showed solid economic growth with a conspicuous lack of inflation, which supported Kiwibank's view there would be two more OCR cuts (with the November and February MPSes) "to generate sufficient inflation pressure."

ASB Economist Jane Turner said the survey suggested a further improvement in the underlying growth rate for the economy, but it did not change ASB's view there would be one more OCR cut with a risk of one more.

Turner did note, however, the continued tightening in the labour market.

"Labour shortages are now at the highest level since prior to the GFC.  The tighter labour market will likely feed into stronger wage inflation and, in time, lead to stronger broad-based domestic inflation pressures," she said.

ANZ's Cameron Bagrie said the survey pointed to an acceleration in GDP growth to 4.5%, "although we doubt that rate is achievable given the economy is now clearly facing capacity constraints with more firms citing difficultly finding skilled labour."

He said growth was strong and capacity pressures were building, but inflation was missing in action. He saw an "odds on" chance of a November rate cut.

Bagrie also pointed to the survey's Auckland results of an easing of pressures for unskilled workers, but a tightening for skilled workers.

"That points to a mismatch over what New Zealand needs versus what is coming in," he said.

Okay , so I am wrong in thinking the good times cannot last forever , the market thinks they will

No you're not wrong , just because "the market" thinks it can doesn't actually mean it will. Tipping points are interesting things.....

To achieve what exactly - financial instability in the residential property sector?