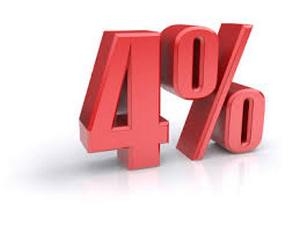 Hartzer made the comment in an interview with the NZ Herald during a recent visit to New Zealand.

"One of the things that we feel very deeply is for our older customers who are reliant on bank deposits for their income, rates are getting really low," Hartzer was quoted as saying.

"Our estimate in NZ is people probably need interest rates around 4% to live on and that's getting really hard," added Hartzer.

Westpac New Zealand's highest current carded, or advertised, term deposit rate is its 3.50% six-month rate. The Official Cash Rate is currently at a record low of 2%.

Hartzer was also quoted as saying "there is a tremendous amount of anticipation and hope in the international markets" that the US Federal Reserve will increase its benchmark interest rate soon, probably in December.

"One of the things that we feel very deeply is for our older customers who are reliant on bank deposits for their income, rates are getting really low," Hartzer was quoted as saying.

"Our estimate in NZ is people probably need interest rates around 4% to live on and that's getting really hard," added Hartzer.

Are Kiwis in a better position? - I doubt it.

Are they the collective non-saving owners of the O/N ~$148 billion bank liabilities earning fractions of 1.0% or less and in some cases nothing at all if an emergency withdrawal is made to pay an unexpected bill?

The remedy resides in higher interest rates which are symptomatic of a healthy, growing economy where all are entitled to a share of the nation's wealth rather than a minority in receipt of tight cheap bank credit collateralised by over priced residential property assets.

Yes Stephen. New Zealander are poor. One of the telling features is the number of funeral benefits WINZ has to give out. Apparently 25% of us die not leaving enough assets to bury us. I have been trying to source that factual basis of that statement but can't find it. Anybody has it ? If it's true, it means we are dirt poor.

KH Just because the deceased didn't leave enough to fund their funeral doesn't mean that their family couldn't. I know of a family were the last parent died with almost no assets - cash or otherwise - had an alcohol addiction. Three baby boomer children. Two of very modest means, one a very successful business owner - dysfunctional sibling relationships. None of the kids were prepared to use their own money for the funeral so they applied to WINZ for a funeral allowance. As the parent died with almost nothing they were given $1500 and that was the total cost of the funeral. The ability of family to pay for a funeral isn't considered - just what was the assets held at the time of death by the deceased.

For sure CO. Point remains that the percentage with nil assets is very high. Gives the lie to the assertions often made on this site that the oldies have all the money. But I do wish I could track down the actual percentage of deaths that WINZ has to pay for the proceedings. It's published, but I can't track it down.

An oldie but a goodie

An oldie but a goodie

We are forever being told that we need to save for our retirement. Younger wage and salary earners look at the return their grandparents are getting on savings, and think why the hell should we? The banking system worldwide is a shambles which nobody understands, let alone has any idea how to bring under control.

So just give up. That's clever not. Your grandparents are getting a sad level of return. Your plan is what ? No return at all. Homelessness looms in your future.

Only if we listen to the advice of everyone saying keep your money in Kiwisaver.

Pull it out, get a house, pay it off. Best single thing you can do for your retirement.

Perhaps you should consider changing your non de plume to nonsense. You really want everyone to give up their annual subsidy on their KiwiSaver contributions and somehow put together the deposit required to buy even a very modest property. Since it almost certainly couldn't be in grossly overpriced Auckland,it would probably need professional management,reducing the net yield even further. Then as if my magic,it is to be paid-off. Actually,we would be better off as a country if more people stopped treating houses as an investment,but just somewhere to live in and made their retirement plans in an other medium. it's called diversification and is a beasic principle of investment for most people.

How about declaring where Westpac borrows from first? Why borrow @ 2% when their Australian parent bank borrows offshore at 0.00%? Wouldn't you have a line of credit? Yes they do.
I think he's talking BS?
The 90 rate is just a figure put up and if you're caught "short" and you don't want you're parent bank to discover your "faux pas" you'd borrow at that rate and then cut your interest (pass the loss onto customers at a lesser rate) rate to make up the loss/diff.
Rocket Science, its not?