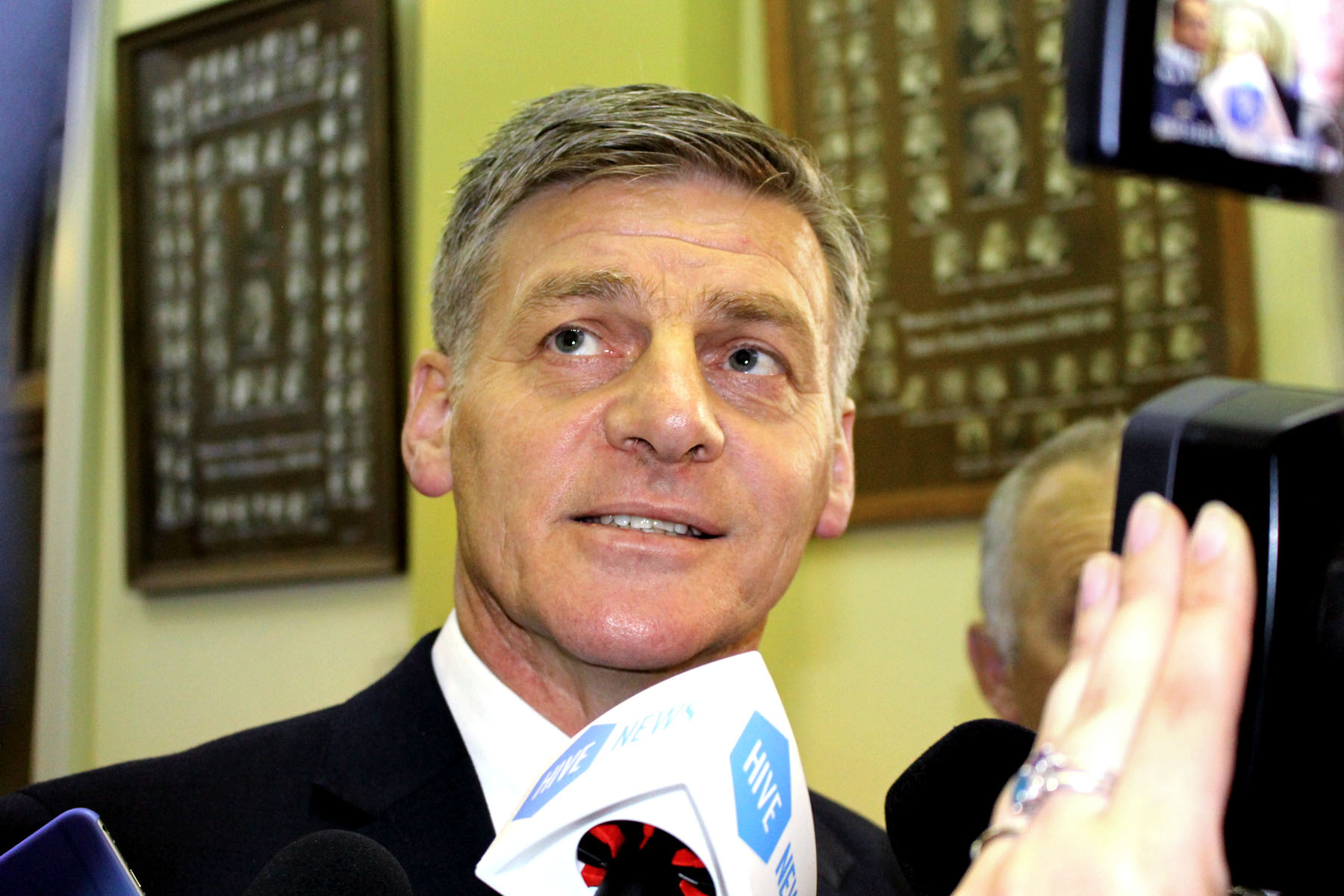 Finance Minister Bill English has signalled to home buyers that interest rates have bottomed out, which he said should make them more cautious about house values.

English told Corin Dann on TVNZ's Q+A  the rise in long term interest rates since the election of US President Donald Trump was a healthy normalisation that would help re-balance the exchange rate and take some pressure off house prices.

"The interest rates starting to rise is a healthy sign of normalisation in the global economy and here. I see the NZ dollar’s dropped back under US 70 cents for the first time in quite a while," English said.

"That would be a healthy rebalancing for our export sector. So, in a sense, the thing we’ve been waiting for for three or four years — that is a US economy with enough strength to lead to a rise in interest rates — is starting to happen, he said.

Inflation was also likely to rise to more normal levels, he said.

"The criticism for the last couple of years has been inflation too low. This is what I mean by normalising. If interest rates come up a bit, people will get a bit more sensible about the debt and the housing market. A bit of inflation is actually not a bad thing in an economy. We’ve probably had not quite enough."

Long term mortgage rates have been rising in recent weeks. See David Chaston's article for more on that.

Debt to income multiple not needed then?

Asked if the Reserve Bank needed more tools to control the housing market, he pointed to the fact the Reserve Bank's November 10 cut in the OCR had not been passed on to mortgage borrowers as "a pretty clear signal to borrowers and households we’re on an interest rate floor at the very least."

"And when they see rates rising, that does have an impact. Even if you know that they’re going to rise sometime, it’s still different when it actually happens, and they’ll be recalculating what their debt servicing is going to be, and I think it’ll make our housing market a bit more sensible."

"the thing we’ve been waiting for for three or four years — that is a US economy with enough strength to lead to a rise in interest rates — is starting to happen, he said."

Well that explains why you've been doing nothing Bill. Unfortunately, its pretty unlikely the US economy really does have the strength ...so what to do with the time Bill?

The US economy has massive lost ground to make up before there is any strength. Interest rates are hike to stop an economy overheating, but for some reason everyone things the recovery phase will see higher interest rates.

correct - its like the thinking is .... if we hike interest rates, it is too hot, therefore it must be hot

The problem with low rates is that there are no savings and less investment. It's the other side of the equation. Low rates encourage speculative investment and consumption. Low rates erodes personal wealth over time, old people used to be able to retire and live off the interest from their savings, leaving the next generation a leg up. This no longer exists.

New Zealand has a Finance Minister that we should be proud of. As of June 16, we export 32B to Australia China UK and Japan .8B to the US . Why will a USD exchange rate circa 70 suddenly be so beneficial.

The vast majority of trade of NZD has nothing to do with our economy.