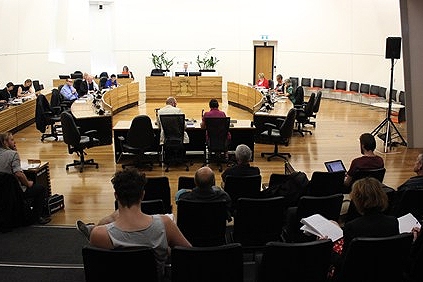 Appearing before Parliament’s Finance and Expenditure Select Committee on Wednesday, Makhlouf and Joyce both noted the International Monetary Fund’s increasingly positive forecasts for global growth in the next few years. However, both warned New Zealand needs to keep on eye on certain risks.

Makhlouf raised two issues on China. The first is an ongoing slowdown in its growth rate as the economy rebalances from being export-led to consumption led. Despite this, growth is still a healthy 6.7%, he noted.

The larger concern, though, is the stability of China’s financial system, the Treasury secretary said. News that China’s foreign exchange reserves have recently fallen below US$3 US$4 trillion indicates capital outflow from the country, he said.

The short term global picture is relatively positive, Makhlouf said. Treasury is more concerned that in the medium to long term due to the potential for global trade to be hit by rising protectionism.

Finance Minister Joyce had earlier touched on global political events. Brexit and the new administration in the US could produce some “interesting effects,” although these are not top-of-mind for risks facing the New Zealand economy, Joyce said.

Brexit could even lead to opportunities for New Zealand, including potential trade deals with the UK and European Union, he added. A ‘hard-landing’ in China is still a concern, he said.

Meanwhile, Treasury agrees with the Reserve Bank of New Zealand’s view that the NZ housing market and debt in the dairy sector still pose risks to the economy, Makhlouf said. However, he declined to use the word “bubble” to describe NZ’s housing market.

The dairy sector is now facing a more positive outlook, Makhlouf said. Treasury is expecting dairy prices to increase over the medium term, he said. “The dairy sector has survived a pretty big scare pretty well recently, in terms of commodity prices.”

Survived or clung on by the tippiest tip of the fingers? Usually with the dry comes an increase in payout as production fizzles. Not so at this point. A poor spring is producing high empty rates as scanning gets underway. Dairy is under siege, lamb is in the high dependency unit. Beef will be terrorised this year by a Trump administration and South American beef. Whew just as well we dont rely on Agriculture.

I'm not sure why anyone in their right mind believes the published 6.7% growth rate, either, especially after Liaoning Province was caught falsifying their provincial GDP.