Surprising analysts, December retail sales end 2018 on a very weak note, even after removing the impact of falling petrol prices

Surprising analysts, December retail sales end 2018 on a very weak note, even after removing the impact of falling petrol prices 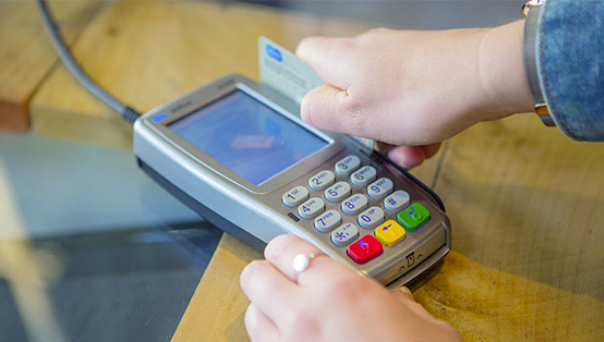 The wind has gone out of retail sales growth.

Statistics NZ December data for electronic card transactions reports just +0.9% growth compared with December 2017, and far below the +4.6% average growth rate for each of the preceding twelve months.

One factor is the sudden dive in petrol prices which slumped -11% compared with the same month a year ago in December after rising an average of +12% in each of the July to October months.

But that masks weakness in other core retail sectors.

The value running through electronic cards for services and non-retail industries showed a similar falloff in December.

It caps a weak December quarter in an unexpected way - no analyst was expecting such a sharp drop in December.

It's a drop in growth, meaning that retail sales were still higher than 12 months before but they didn't increase as fast as expected.

if you consider population growth of about 1.5% a year, then you have an actual decline.

The economy has actually started a decline period, will be much more clear around June/August, with more than a quarter of Growth below expectations and under population growth,
Economy grew near to 0 in 2018 and will be way below that in 2019.

We keep importing people with no money and no prospects.

If the economy slows, hopefully this will slow the hoards of young third world men from flooding in??

(From Oz H/T MB) "Last week it was Crabtree & Evelyn. Today, menswear retailer Ed Harry has been placed into voluntary administration, placing the fate of 87 stores and nearly 500 staff in doubt. The news follows the closure of a string of Australian retailers recent times, including Marcs, Pumpkin Patch, Payless Shoes and Roger David, while department store Myer has also struggled."

Aussie is heading into their first recession in 3 decades, brace yourselves

Wealth effect from the housing bubble starting to go slightly into reverse, despite the mainstream media narrative that still says everything is fine. The analysts who are surprised aren't worth listening to from here on.

lots of Premium SUVs for Sale!

Lexus most reliable I’ve discovered
No more RangeRovers ever

The Bali Villa industry will take a hammering!

Get a car, holiday, boat or all now!

or wait for wee while right?

Economists forecast only a 0.4 fall. additionally November was revised down . Its a big miss, another big miss.
Implications for GDP 4Q, , banks will lower their forecasts, and next weeks CPI will confirm the initial fall in petrol prices, REINZ will confirm faltering home sales. . The Reserve Bank will cut this year, only question is whether RBA strikes first.

Question is whether that will actually increase credit availability. Homes are simply not affordable, including deposit size. The RBNZ has already moved more quickly than everyone expected, suggesting things aren't looking good.

So we may see the OCR and mortgage interest rates drop in response?

Banks will be quick to drop deposit rates, but won't pass on the full drop in mortgage interest rates, as they have to raise their margins and profits in order to fund their capital increases.

The retail shops aren't exactly trying hard to get me to spend. Fake 60% off sales, complicated bundles, club cards, after pay, lay buy. I don't want any of this bulls#t. I want to walk in find the item I want in stock and buy it, lo-and-behold with my own money, at a decent price. Online is almost always the way to go unless the item is bulky.

NZ shops are consistently targeting chumps rather than competing on price. This is why Kathmandu and Macpac failed in the UK - not enough chumps.
With the squeeze on house prices and credit growth the shops (and their landlords) won't have enough chumps to keep this up forever.

Totally agree. Have to wonder what kind of margins these stores are operating with when me, a single person not a corporate buyer can sources cheaper on-line! Lol.. fall in retail sales is sign we're waking up.

Retail sales down, yahoo, maybe that means the amount of landfill goes down as well

Or I may get a car park outside my cafe tomorrow.

Don't spend too much. Maybe just go for a sausage roll and a free water. We all have to do our bit to keep this GDP shrinkage going. Less plastic junk, more competitive prices, more car parks what's not to like!

I think people underestimate the effect on-line shopping and technology has on keeping inflation down, not to mention the acceptance by people of poorer quality cheaper goods.