Siah Hwee Ang sees global value chains being hit, medical supplies as a scarce resource and countries protecting their own interests, among other things, as the coronavirus outbreak spreads

Siah Hwee Ang sees global value chains being hit, medical supplies as a scarce resource and countries protecting their own interests, among other things, as the coronavirus outbreak spreads 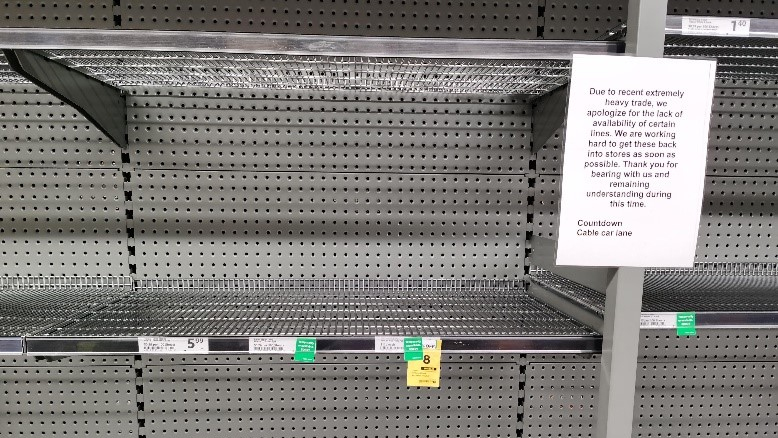 Despite the known benefits, we’ve witnessed a retraction from globalisation of the last few years. Take, for example the US withdrawal from the Trans-Pacific Partnership Agreement (TPPA), India’s withdrawal from Regional Comprehensive Economic Partnership (RCEP) negotiations, and most recently Brexit.

Talks of protectionism have become more frequent, and the US-China trade battles cast major uncertainties over the world economy.

The novel Coronavirus (COVID-19) surfaced in late 2019, initially as a societal threat.

Globalisation and protectionism were promptly forgotten about once the extent of the virus’ economic impact became obvious, especially after China responded with radical moves to contain its spread.

Worldwide, the media paid scant attention to Brexit and the implications of the UK’s exit from the EU on 31 January.

Given that the virus is airborne and human-to-human transmission is possible, it is no surprise that services sectors were the first to get hit.

Tourism, aviation and education are industries that faced immediate challenges upon the arrival of COVID-19.

Some Chinese cities went into lock down and public gatherings were prohibited. Agriculture and some consumer industries have started to take the hit as Chinese consumers stay home.

As for international education, the impact is more extensive than just the immediate challenge of the travel bans. Travel bans will cost both education institutions and local economies (through consumption, rental, etc.) millions of dollars alone.

As COVID-19 circles the globe, uncertainties loom for the education trade. But one thing is for sure, the face-to-face model of education will encounter unprecedented disruption. Online learning may yet become the new normal.

Self-isolation and other preventive measures will also have a negative economic impact because of a reduction in consumption.

Countries are setting up financial buffers to keep industries going. Singapore has a S$10 billion package in place, US has US$8 billion, Thailand has 100 billion Baht to name a few.

Will these packages cover off the potential layoffs coming off a bad year for many businesses? Maybe, but unlikely. The buffers will ensure that a one-off extraordinary event that creates excess capacity won’t be an immediate reason to downsize.

When demands pick up, the duplication cost of hiring will be incurred as well.

So, riding out the challenges over the next months is encouraged, with all help possible. Global value chains are affected too, and resource scarcity becomes an issue. For example, computer manufacturers will need components, which are made by other companies. Those companies in turn rely on another set of companies that produces raw materials.

Various disputes at the World Trade Organization have centered around the failure of some countries to trade goods and services as agreed in free trade agreements. Countries often will get away with the argument of self-preservation, and the inability to give up resources to trade when they need those resources themselves.

Medical supplies would be one of those scarce resources now. These situations present issues in relation to how closely countries are tied together on the global value chain, and more specifically how China is pivotal in many of these. The impact that COVID-19 has on interweaved global value chains has not yet become apparent.

Countries are also actively protecting their interests and disputes are starting to surface in areas where globalisation is commonly observed, such as human flows and trade. As I write the US has imposed travel bans from Europe to the US.

The jury is out on whether global economic growth will be hit by two percentage points due to this pandemic, leading to a meagre 1% growth in 2020. The developing world, especially the high growth nations in Asia, are facing a serious battle to protect their economies from the impact of the coronavirus.

Below: When is the last time Shanghai’s Nanjing East Road was this empty during lunch time? (Pictures taken at midday on 28 January 2020 at lunch time).

*Siah Hwee Ang holds the Professorial Chair in Business in Asia and is the Director of the Southeast Asia Centre of Asia-Pacific Excellence at Victoria University of Wellington.

The 2008 global financial crisis marked the decline of the US economic mighty.

The years of war in Middle East saw huge wealth transfered from its people to military industrial complex and millions Muslim citizens being slaughtered as so called collateral damage.

The 2019 COVID crisis marked not only the stupidity but also the extreme selflessness of the US.

Time to look to the East for the real leader of the world.

The US is East of us, do you mean Trump?

You do realise it was the Chinese police in Wuhan that stopped the doctors raising the alarm about coronavirus in December under the guide of "spreading rumours" that has allowed this global pandemic to unfold, right?

I think someone should recognize a "Home Grown" problem of "titanic proportions" that has been exported from pillar to post and is now one of the most disruptive and deadly and clearly labelled exports to shut down the entire business world., oh and also the entire collections of travelers and inter-national figures of human endeavor stuck in a jam, glossed over in status and so, so costly to produce in minute scale, that words escape me.

What is interesting is the unforseen voracity of the leadership of virtually all countries to suddenly stamp their authority on their resident populations. Nationwide lockdowns? I think thats ridiculous. Is this the long awaited emergence of authoritarian rule that you preppers have long warned us about?

Extremely interesting article about how fast coronavirus can actually spread and how to estimate the true cases of infection based on the number of reported cases: https://medium.com/@tomaspueyo/coronavirus-act-today-or-people-will-die-...

In short, Washington state in the US is now likely to have as many cases as the city of Wuhan did when it was put into lockdown. Putting Wuhan into lockdown immediately reduced the spread of the virus and is what has allowed China to get their situation under control.

The US isn't doing anything like locking down Seattle, or Washington, though.

Trump fired the first shot to kill globalisation. Visionary. Now Mother Nature is helping him finish off the kill.

Yes, the down side of globalisation is right in our faces as we speak. It was bound to happen some time. And it was always going to come from the East, that's where all the high risks lurk. But you know.....
Every winter since I was a kid there's been a flu of one form or another. And if I caught it, it was straight to bed with the required meds. Self isolation? And even then it would affect the elderly more than the others, and even then the real bad cases caused death. So, what am I missing here? This is not a real story. This is a media beat-up of global proportions. Come on folks, we've been here before. Lots of times. Stop panicking. And you the media, stop spreading rumours & fear.

Two university students enrolled in ECON101 course last year, their final assignment was a 4000 words essay on the world economy and globalisation. They worked together for weeks on it, one day one of them said "lets go out for some bat soup and we can discuss this further".

3 months later, trillions dollars have been lost on stock markets, 4 countries shut down and Australia Government announced 17 billions stimulus package.. That bloody bowl of bat soup worth every cent so far!

Jacinda will open back the border towards China this weekend, I believe after pressure from the dear leader from The East and local tourism/hospitality/Tertiary education sectors - and also after receiving assurances nationwide about our healthcare systems that has plan/coping mechanism system which are already in place. Mass migration from China to escape this year Covid19 (next year will be Covid20 and so on).. The only way of future prosperity for NZ inc. that is to aligned with China and it's strong leadership, world economic sickness can only be cured by strong dear leader from the East - Trust me Kiwis, your land is worth more when dealing with Chinese economy. Focus your look towards China and you shall be rewarded handsomely.

If you're trying to emulate Xing, give it a rest. At least he has comedic value. It's tiring reading the same dribble on every thread.