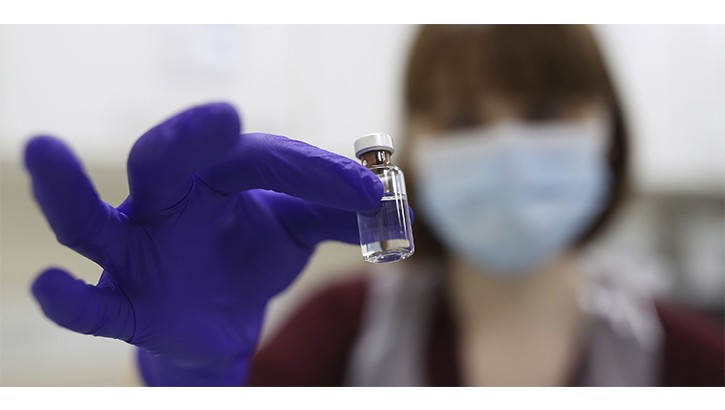 Governments around the world met this pandemic in various ways, ranging from brutal, near-universal lockdown in China to Sweden’s laissez-faire voluntary approach. And everything in between.

While some methods seem to have worked better than others, this isn’t over yet. We have seen the virus resurge in places that thought it was defeated. It’s not going away easily.

One problem: Some of us have trouble accepting the virus isn’t human. It doesn’t care who you are. It has no interest in your politics. It won’t respond to threats. Given opportunity, it will infect you. Nothing personal; that’s just what viruses do.

But being humans with superior knowledge, we should eventually win.

Soon we will know if the new vaccines work on large populations. We don’t have to vaccinate everyone, just enough to reach “herd immunity.” When each infected person infects, on average, less than one other person, the virus will start fading away. Then we can all go shopping again, and the economy can pick up where it left off.

But that won’t happen overnight. It’s going to take time… a lot more time than many people think.

Vaccine news has been coming fast since my last post. The United Kingdom approved Pfizer’s vaccine and will begin distribution shortly. Russia began deploying its own vaccine. The US may not be far behind.

As with the virus itself, the vaccine won’t have equal impact. It will go first to those in the most danger. If it goes well, this initial deployment should noticeably reduce deaths and hospital loads. That will be wonderful, but it won’t be enough.

The first problem: The US “priority” population is huge. Ariadne Labs estimates it this way:

… which adds up to about 144 million people. Total US population is about 330 million, so close to 56% of us are not in the initial groups. We’ll be safer but not safe, because 144 million probably isn’t enough for herd immunity. The virus may still be spreading.

Next question: How soon can we vaccinate that many people? Several constraints will dictate the answer. One is how fast Pfizer and Moderna can produce vaccine doses, and it appears to be taking longer than initially thought. There may be 35–40 million doses available by year-end. Since each patient needs two, that’s enough for 20 million people.

Dr. Bob Wachter of University of California, San Francisco, reviewed the production schedules and estimates the US can vaccinate 150 million people by June and the entire country by December. He made this handy chart to show the progression.

If this is right, and you are an American not in one of the groups listed above, you won’t get the vaccine until June at best, and probably later.

The good news is we should reach herd immunity (which Dr. Wachter thinks is around 70%) by September 2021. It might be a little sooner, depending on how much immunity there is in the large (and still growing) population who were infected and survived.

But one way or the other, by year-end the vast majority of Americans should be safe from COVID-19. Everybody who wants a vaccine should have had a chance to get it. Some will resist but Wachter thinks they will be a relatively small number.

But economically, that’s not the end.

This vaccination timing matters to the economy. It means that all our current precautions—masks, crowd restrictions, capacity limits—all those things will continue for at least six more months, and probably longer. That’s the best case.

One not-so-little detail people are missing about the Pfizer and Moderna vaccines: The trials show recipients may still carry the virus even if it doesn’t make them sick. Pfizer CEO Albert Bourla admitted this in an NBC news interview just last week.

If so, person-to-person transmission may not drop as quickly as hoped, and the economically problematic restrictions will have to stay in place longer.

Notice who isn’t on the vaccine priority list: healthy, middle-aged people in non-essential occupations. That means the corporate executives, lawyers, accountants, computer experts, investment managers, journalists and others who now mostly work from home. They represent a disproportionately large part of consumer spending.

So the people the airlines, hotels, restaurants, theaters, and retailers need most—their best customers—will be the last to get vaccinated, and therefore the last to resume normal economic activity.

That’s the right way to do it: protect the most vulnerable and their caregivers first. But it will delay the economic recovery.

Right now I hear a lot of people saying life will start getting back to normal in April or May. Maybe so, but stress the word “start.” Very little will be normal by then.

Everything I see says we are maybe halfway through this marathon. I’m not sure people and businesses are prepared to wait that long. And I’m certain financial markets aren’t.

*Patrick Watson is senior economic analyst at Mauldin Economics. This article is from a regular Mauldin Economics series called Connecting the Dots.  It first appeared here and is used by interest.co.nz with permission.

Great explanation by Patrick about whats ahead before life returns to normality, however there are also additional challenges countries like NZ face in order to open borders including
1. Will all vaccines work and how long until we know this ie Russias vaccine- does NZ need proof of immunity before those vaccinated with this vaccine are considered immune.
2. immunising America and Europe is one thing but the subg-continent and china is another again - if the US takes 12 months to immunise 330M people- will it take 4 years to immunise China and India.

If the above issues remain as issues then how do we decide when to resume tourism or will we have lots of country bubbles or do we go with Qantas idea "no valid verified vaccine" no travel.

Vaccines recorded their early successes against a backdrop of increasing life span (no this wasn't due to vaccines, most of the increases in life expectancy happened before they came along). Now we expect them to work in an environment of decreasing lifespans. Good luck with that.

As a Boomer I'm in an age group that may be considered to be 'vulnerable' and therefore a priority to be vaccinated. A colleague, in the same age group but slightly more advanced, today asked me if I would be lining up for a vaccination. My response to him; it normally takes ten years to fully test vaccines to determine if they are safe and really work. These ones have been run out in less than nine months, why would I? I then told him they should give them to the young first, after all it is they who are spreading the virus, and therefore it is they who would really test it to find any of the flaws. A younger colleague choked on that initially before she admitted that the young would probably line up for it too.

i do think I'll wait a bit.

and I’ll be waiting right beside you Murray86! Knowing people involved in drug trials in the UK and the time involved to do these trials successfully, I certainly won’t be lining up any time soon. I’m early 50’s.

I read an article about that today, it seems the research shows there is some benefit.

But I was surprised to discover primarily they only prevent the illness, and not necessarily the infection or ability to infect others.

I wonder if the more traditional Chinese vaccine might work better there - perhaps we will all end up getting that if it remains effective. (from virus mutations)

and noting Roger's comment - that is curious. I would have thought that if a vaccine protects one from becoming ill, surely then the virus would fairly quickly not be able to be spread? Thus a successful vaccination program would fairly quickly have an impact on community spread? If the vaccination program did not have this effect (stopping the spread of the virus), then surely it will not be able to be a total success? Saving lives is an important criteria, but that goal is under threat if people are just converted into carriers.

It'll be interesting to see how ivermectin goes. I cant find the actual study so take with a grain of salt but apparently in Argentina they prophylactically treated 800 health care workers with ivermectin and none got sick while 58% of the 400 person control arm got sick.

Does this assume that these vaccines going to be an effective, one time lifelong thing ?
What if, instead, they are an annual thing like influenza.?

That's the thing Mark - no one knows and even less are willing to draw a line in the sand. If it's like the annual 'flu shot scenario then this virus is here to stay for ever, either that or countries try to do their best with vaccination (with the supplies they have) and just let "nature" take it's course with those unvaccinated. Remember the fatality rate is still only about 2-3%, so probably acceptable as long as there aren't massive waves of infection swamping hospitals.

what we should do is assign the vaccine first to those with the highest consumer spending, that way the economy recovers faster